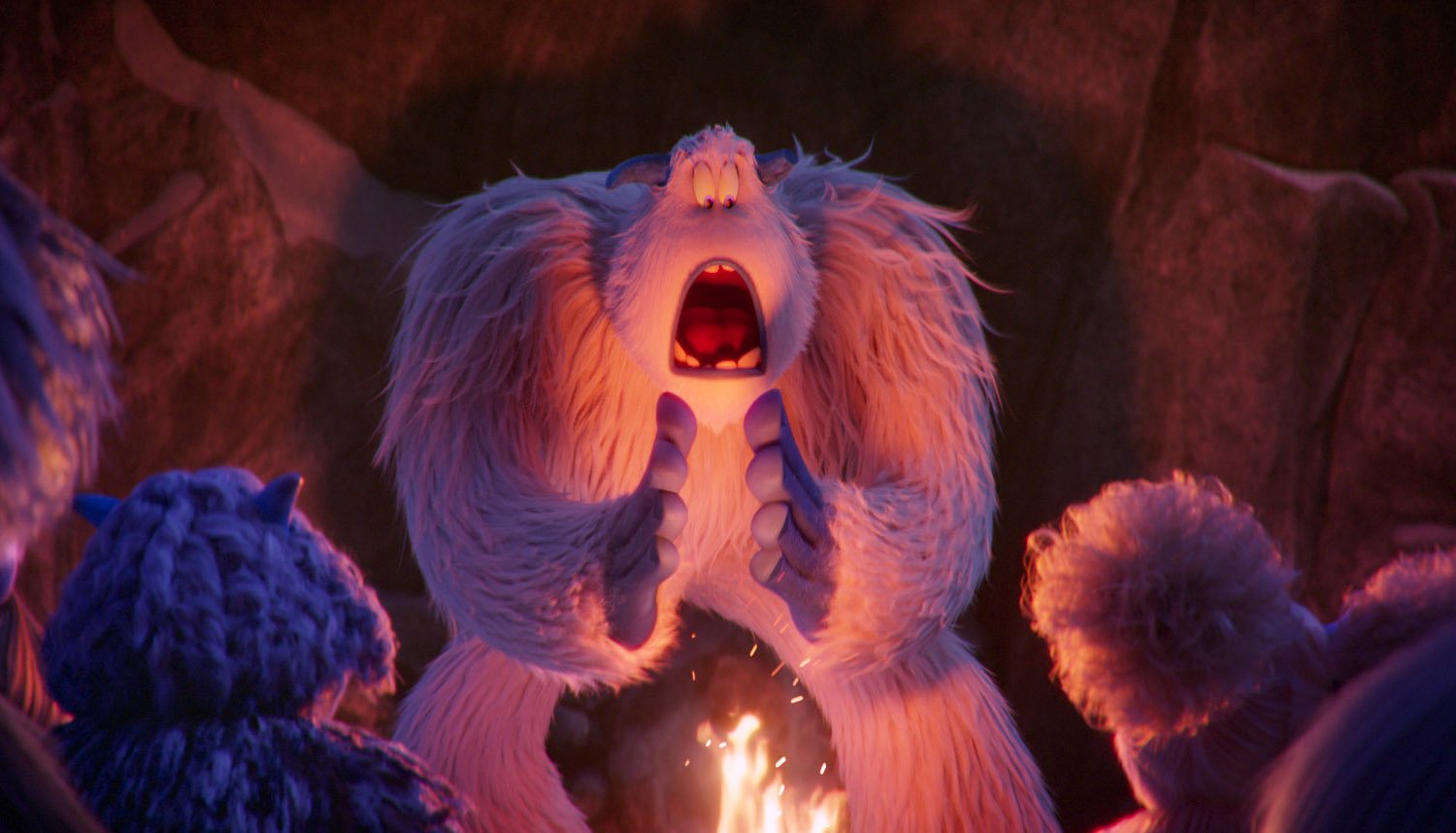 The animated film Smallfoot is a fount of truisms about existence, namely our relationship to myth and each other. Set largely in the upper reaches of the Himalayan mountains, it efficiently introduces us to a large community of yetis who go about their lives as required by curious and sometimes contradictory beliefs. Faith here is a matter of busywork, a means of calculated distraction from the reality of what lies beneath the clouds that, as is eventually revealed, these not-so-abominable snow creatures produce in order to, well, cloud their view of the human civilization way down below.

One of many happy adherents to the dictates of this community is Migo (Channing Tatum). In the midst of training to take over his father’s (Danny DeVito) duties as the yeti who turns on the sun each morning by being flung headfirst into a giant gong, Migo misses his mark but comes into contact with a smallfoot, or human. Seeing, as they say, is believing, but because the plane operated by the smallfoot comically falls off the mountain just before Migo can show it to his people, he’s branded a liar and cast from his home.

What follows is a by and large conventional hero’s journey, one of discovery and reinvention, and the animation throughout is as prescribed as the music. But it’s that run-of-the-mill quality that makes the occasional curveballs that Karey Kirkpatrick’s film throw feel so impactful. Notwithstanding Common’s sluggish performance, the Stonekeeper’s account of how the yetis came to literally set their beliefs in stone is made disarming by animation whose primal sense of feeling gives credence to the yeti leader’s prejudices.

Not long into Smallfoot, Migo stumbles upon and befriends a television personality, Percy (James Corden), who’s looking to bring new life to his nature show, even if it means lying to the public about the existence of yetis. And the film’s most inspired musical number, in which Percy performs a karaoke version of “Under Pressure,” is both punchy for the way it wrestles with the knotty question of fake news and effectively sets Percy up as one of the twin enemies that Migo and his band of outsider yetis are caught between.

Smallfoot has its share of cute gags, none more inspired than the slapstick staging of Migo’s entrance into the “nothing” world beneath his mountain home. The story reaches it resolution in the most predictable of ways, but there’s something undeniably ballsy about a children’s film that’s so insistent about pushing young viewers to think bigger, to be open to new ideas and question culturally coded notions of good and evil, even if it means questioning everything that their parents have ever told them.

Review: All About Nina