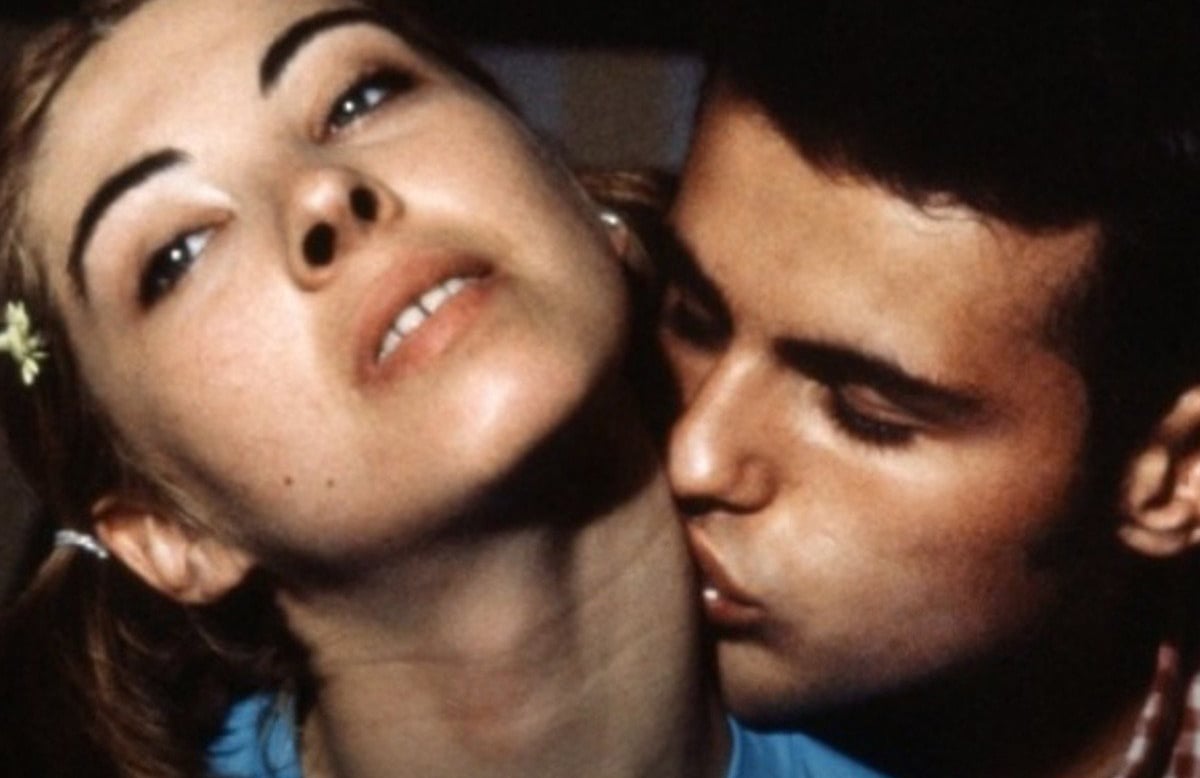 A farcical send-up of Pier Paolo Pasolini’s Teorema, Sitcom may be the worst film François Ozon has ever made, but not unlike Pedro Almodóvar’s Kika, its queering of genre conventions is still refreshing. To the utter revulsion of his wife, a bourgeois dad brings home a pet rat the day after the family hires Maria (Lucia Sanchez) to do their housework. Here, the white rat is a symbol of sorts for displaced desire, and the rodent’s fur affects all who touch it: Nicolas (Adrien de Van) becomes a raging queen; Sophie (Marina de Van) jumps out the second-floor window; and Mom (Évelyne Dandry) decides incest will cure her son’s homosexuality. Ozon subjects the film’s rich clan to one embarrassing scenario after another, but the horror show never really adds up to anything and never blows the lid off bourgeois complacency. The film’s gags are spicy but none are as subversive or revolutionary as the scene in John Waters’s Pink Flamingos where Divine and Crackers lick their rivals’ living-room furniture. Like Luis Buñuel and Jean-Claude Brisseau, Ozon may not be an exciting visualist, but the Gallic bad boy lacks their philosophical and theoretical intuitiveness. In regard to the film’s title, Matthew Wilder of City Pages asked, “Does Ozon intend to parody the conventions of squeaky-clean, laugh-tracky TV shows that no one believes in anyway? Oliver Stone closed the book on that notion with his child-molestation sitcom in Natural Born Killers.” True enough. But Ozon doesn’t want to fuck with the system as much as he wants to put some dick into it. We expect to see breasts in Brisseau’s films, but only in an Ozon film will you see a hot French boy rub his hard cock all over the housemaid. Consider Sitcom, then, a work of corrective sexual politics.