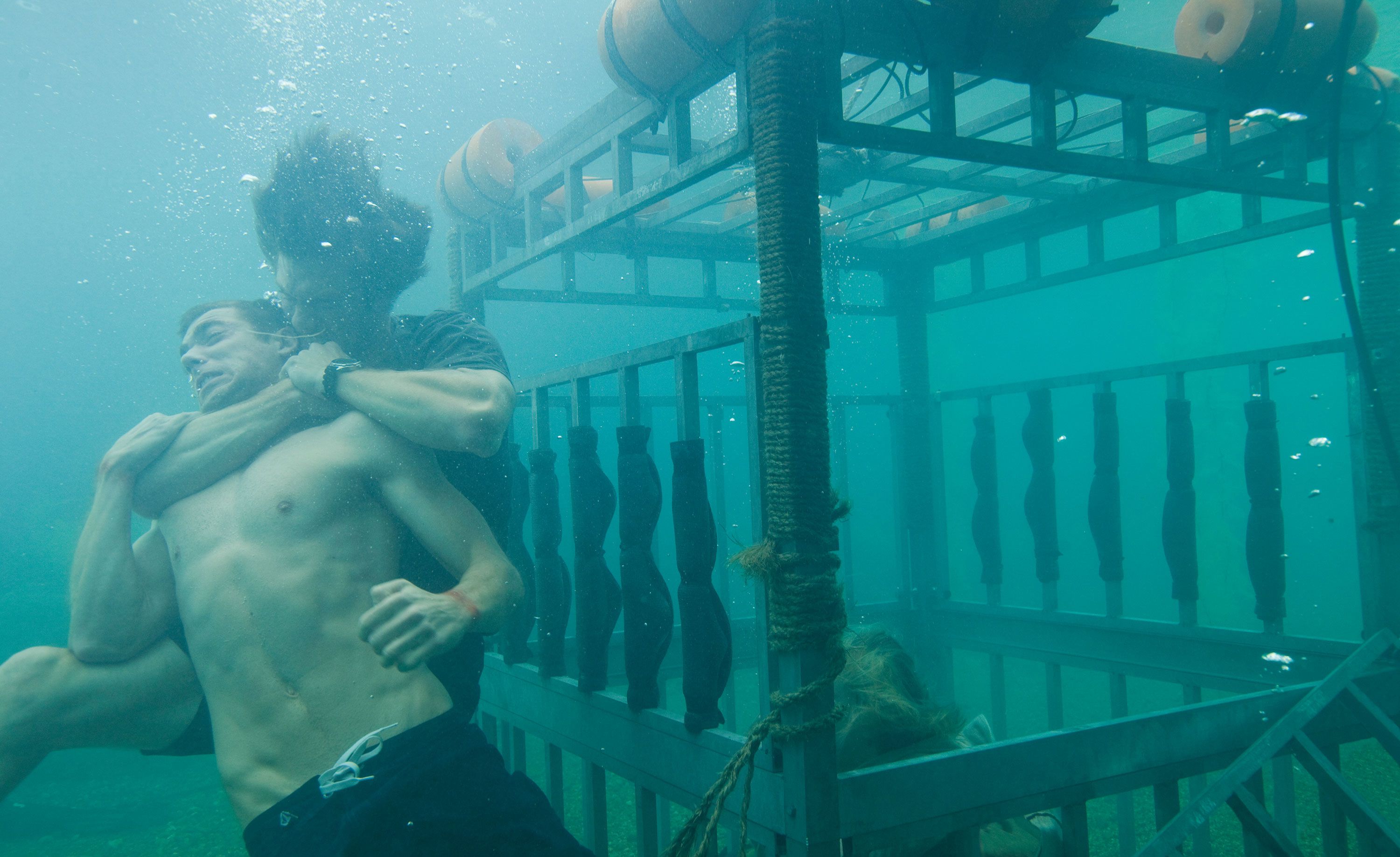 It’s refreshing to see Shark Night 3D director David R. Ellis try to pull off a semi-sincere second-generation Jaws rip-off, even if he doesn’t quite succeed. Ellis directed both Final Destination 2 and The Final Destination, cheap but satisfyingly snarky horror films that didn’t aspire to accomplish anything more than picking off their twentysomething meat-puppet protags in clever ways. Shark Night 3D sets itself apart from Ellis’s other films in its sincere attempt to humanize its heedless pretty young things. There are relatable heroes and villains in Shark Night 3D and some real pre- and post-shark attack chills, like the sight of the choppy surf after a body disappears from view. Too bad Ellis’s film doesn’t know how to fully realize its relatively lofty ambitions.

Though Ellis does a good job of setting up and then dialing down the threat his film’s CGI monsters pose, Shark Night 3D’s real saving grace is its sincere attempts at making its characters fully realized. The story’s college kids evolve from horny airhead dudes, led by uptight book worm Nick (Dustin Milligan) and cagey bimbo girls like Beth (Katherine McPhee), into characters that actually consider what’s happening to them while it’s still happening. Keep in mind, the film’s setup is nothing if not wholly conventional: Our heroes travel to a remote part of Louisiana where there’s no cellphone reception and nobody around to help them once people start dying. During its first 30 minutes, Shark Night 3D’s characters are generic horndogs who don’t realize just how screwed their about to be. But after one of their group dies, the tone of the film changes slightly but noticeably.

This change is marked by an ostentatious heart-to-heart talk between two of the film’s white hat-wearing alpha males, Malik (Sinqua Walls) and Blake (Chrys Zylka). While Blake listens and periodically tries to calm him down, Malik confesses that he doesn’t know what to do with himself now that he’s been maimed by a shark and one of the other twentysomethings has been killed. This scene would be even more impressive if Zylka, Walls, and the film’s two screenwriters knew how to make these two dudes sympathetic and not just flat-out bathetic. These guys were more convincing when they were respectively crowing about how they’re as invincible as Superman and giving their junk an aerosol tan.

When push comes to shove, Shark Night 3D proves that it’s only a small cut above the rest. Scenes like the one where little “cookie cutter sharks” attack Beth or the one where Gordon (Joel David Moore), the requisite geek, is reluctantly made to swim in shark-infested waters, are as good as they are because we’re made to care about these characters. They’re thoughtful when put under pressure and are all capable of rising above their paint-by-numbers tics: Beth eventually stops being a catty bitch and Blake selflessly risks his life trying to save the day at one point. These characters are slightly more substantive than your average shark bait with pretty faces/asses/pecs. And that alone almost makes up for the way that Ellis infrequently shows us that he really doesn’t know how to sustain a mood even when he’s apparently trying very hard to do just that.

Flying shark attacks—yes, attacks, meaning more than one—prove just how seriously Ellis takes his scenario. You’d never see someone like Joe Dante, the director of the first Piranha, treating his film’s titular threat like a derivative means to an end like Ellis does here. It’s true that the film’s human villains, the scarred pretty boy Dennis (Chris Carmack) and his hillbilly sidekick Carl (Jimmy Lee Jr.), are supposed to be more menacing than Shark Night 3D’s finned baddies. But considering that the scariest thing about these black hat-wearing goons is Carl’s sharpened buck teeth, there really isn’t that much to applaud in Shark Night 3D. It’s just an intermittently promising bit of schlock, nothing more and nothing less.

Review: Bobby Fischer Against the World

Review: That Girl in Yellow Boots