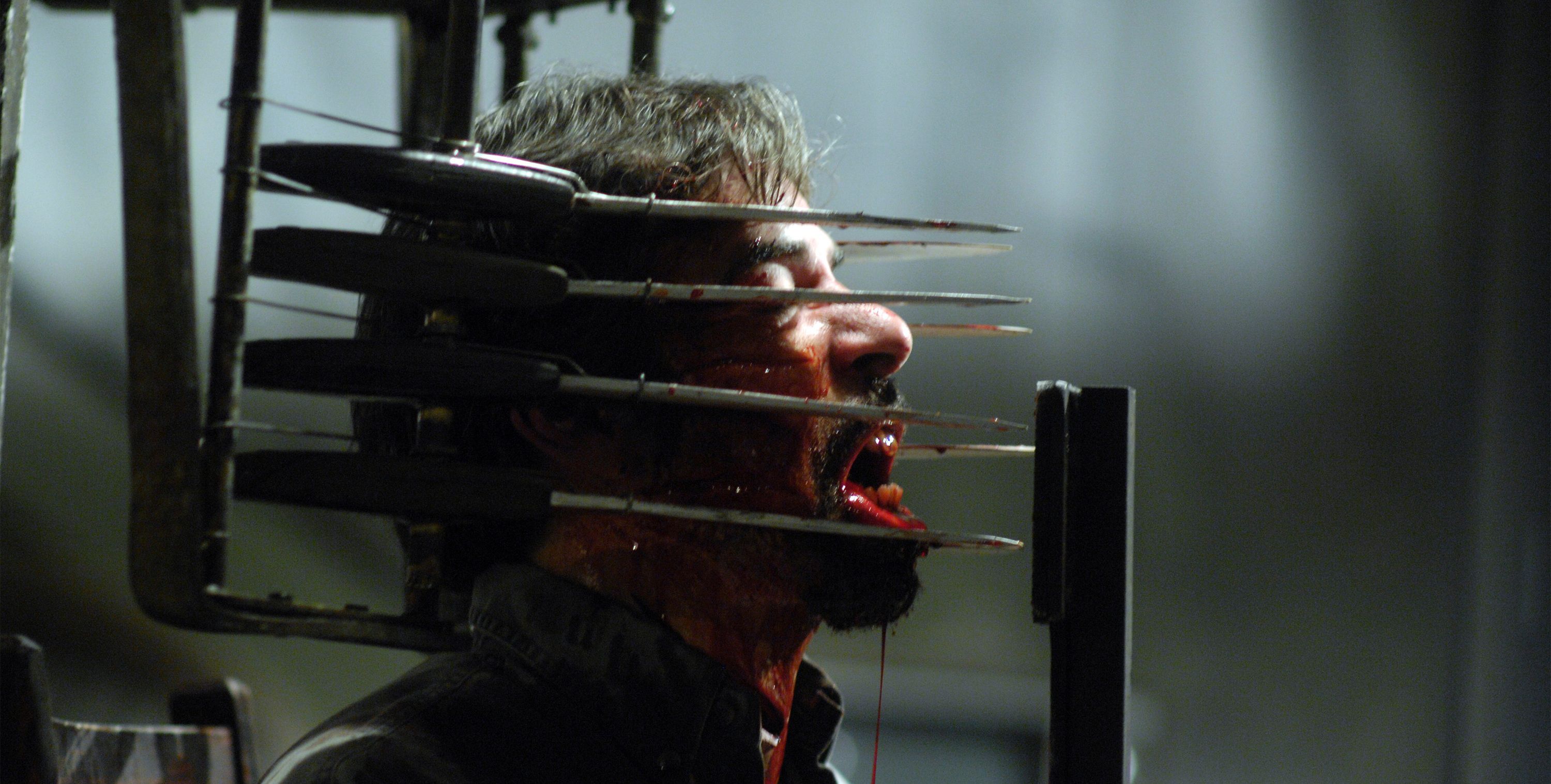 Were life more merciful, the demise of moralizing serial killer Jigsaw (Tobin Bell) and his apprentice Amanda (Shawnee Smith) at the conclusion of Saw III would have marked an end to the gory series. Given its status as Lionsgate’s most reliable cash cow, however, the show must, regardless of logic, go on, and Saw IV picks up shortly after the events of last Halloween’s installment, finding holier-than-thou Jiggy being cut up by a mortician, who discovers one of the fiend’s trademark tape cassettes buried in his stomach. Thus begins another saga in which police officers—this time around a SWAT team leader (Lyriq Bent), a detective (Costas Mandylor), and two F.B.I. agents (Scott Patterson and Athena Karkanis)—are either ensnared in, or forced to grapple with the ramifications of freeing others from, Jigsaw’s elaborate life-or-death traps. It’s by now a tired routine from which director Darren Lynn Bousman, whose crummy work still warrants an “a film by” pre-title credit, wrings almost no suspense. Helter-skelter shaky-cam and blue-black hues punctuated by puke-green fluorescents vainly strive to give the proceedings visual juice, while flashbacks to Jigsaw’s past (which elucidate his transformation from husband and expectant father to full-fledged psycho, as well as give star Bell something to do) attempt to bring a touch of novelty to the table. Alas, since the sole justification for Saw IV’s existence is potential box-office riches, it’s hardly surprising that the story is merely an excessively convoluted rehash of its predecessors, and that its signature set pieces both lack ingenuity and posit only facile, exploitative photocopies of actual ethical quandaries. “Cherish your life” is Jigsaw’s motto, and while the intended message-messenger irony is painfully dreary, the sentiment is nonetheless relevant for anyone considering wasting more time on this long-decrepit franchise.