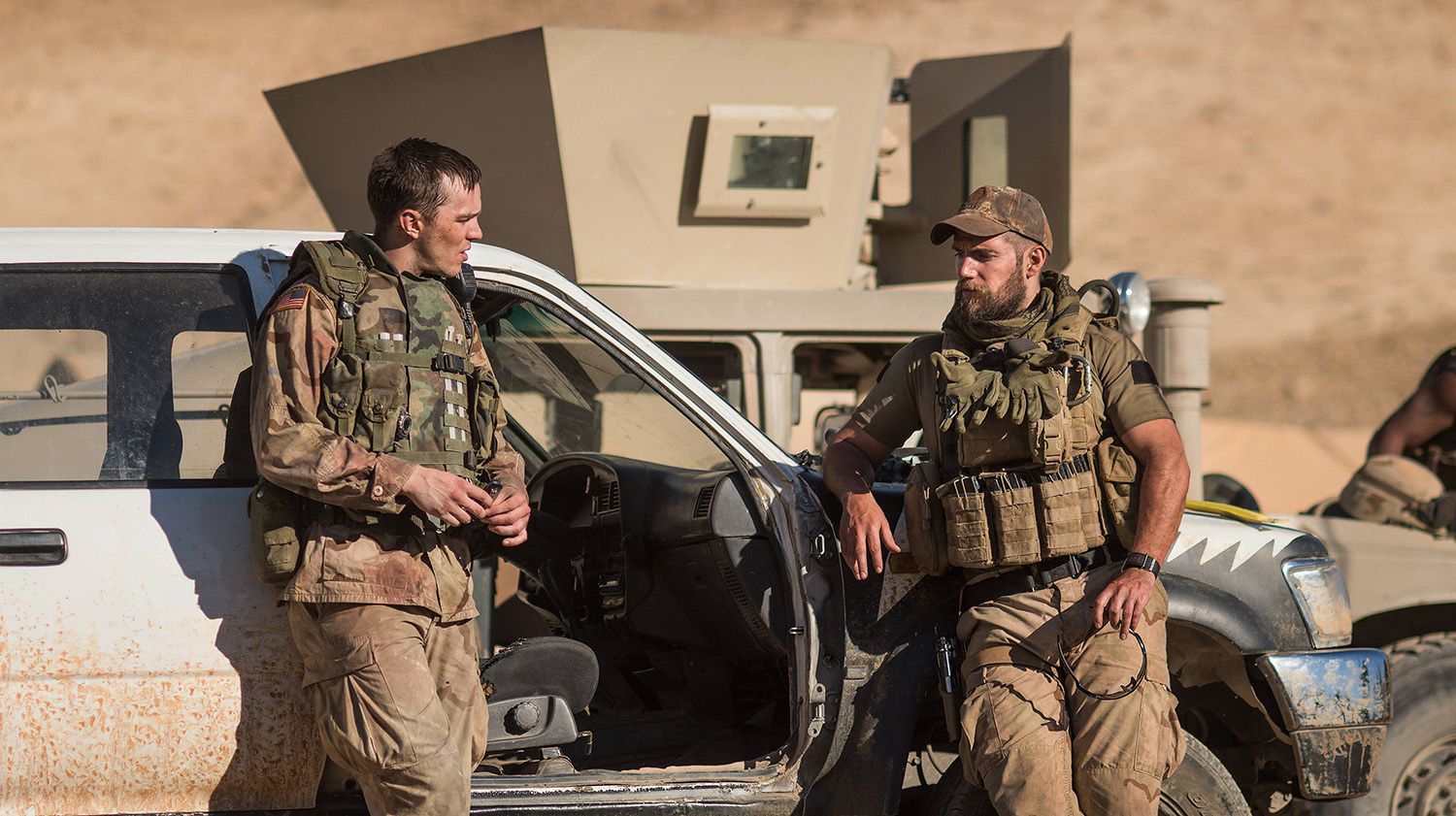 Fernando Coimbra’s Sand Castle takes place during that brief post-9/11 period when George W. Bush actually had high approval ratings and the Iraq War was still largely considered to be legitimate. Rather than reassessing the methodology of or reasons behind the U.S. military presence in Iraq, the film hides behind the guise of realism while subtly asserting that occupation would run smoother if the occupier and the occupied were in complete cooperation. The film operates with an unspoken sanctioning of American authority as it casually suggests that peace can only truly be achieved if all sides work within the strict confines of military dictated protocol.

Sand Castle unfolds through the eyes of a cherubic young private, Matt Ocre (Nicholas Hoult), who only signed up for the reserves in order to pay for college. After unsuccessfully attempting to get sent home by smashing his hand with a truck door, he gradually transforms into a more reputable solider and gains the respect of his peers and squad leader, Sergeant Harper (Logan Marshall-Green). Three months later, Harper, Matt, and others from their outfit, including Sergeants Chutsky (Glen Powell), Enzo (Neil Brown Jr.), and Burton (Beau Knapp), are reassigned to the small village of Baqubah, on the outskirts of Baghdad, where they assist in repairing a water-pumping station that was destroyed by a U.S. missile during a recent attack.

It’s there that Matt is greeted by Syverson (Henry Cavill), an imposing Special Forces captain who warns the group that many townspeople, particularly a group of extremist insurgents intent on picking off U.S. soldiers, are displeased with the occupation. Because the filmmakers only allow for a single passing mention of our country’s responsibility for the town’s lack of water, the Iraqi’s resistance to the U.S. presence is barely contextualized. The film immediately allies itself with Matt and his fellow soldiers, commending them for the brave and selfless act of helping to restore the town to normalcy. Coimbra’s instinct to sympathize with the plight of these young men who simply want to help the townspeople, and without being shot at, is certainty understandable. But while Sand Castle highlights the moral complexity of the soldiers’ various reactions to their increasingly volatile situation, the Iraqis are entirely painted in broad strokes. Only the most simplistic binaries—violent and rebellious, meek and disaffected—are applied to them.

With most of the Iraqis too afraid to be seen working with Americans, despite our military’s willingness to pay them, Matt turns to a local teacher to help scrounge up enough locals to complete the repairs in a reasonable amount of time. On the surface, the film argues in favor of this mutually beneficial cooperation between the army and Iraqi locals to bridge the gap between two vastly different cultures but repeatedly scrutinizes the two sides by a different set of standards. Where the Americans are judged by their sensitivity and responsiveness to the needs of the Iraqi people, the Iraqis are appraised only by their willingness to capitulate to the demands of the U.S. Army.

Through Sand Castle’s refusal to address the United States’s responsibility for initially destroying the town’s water supply, it places the impetus of cooperation on the Iraqis, who must get their own people in line for the plan to restore the water supply to work. Because of this, the plan’s ultimate failure completely absolves the occupiers, who are presented as merely there to help, while blaming the Iraqis who are revealed as too divided to properly cooperate. Although its limited perspective lends a certain psychological realism to the experience of the soldiers, the film purposely ignores the realities of how disastrous situations like the one in Baqubah come about and places blame at the feat of helpless citizens rather than military overreach. Unwittingly perhaps, Sand Castle reveals itself not as a paean to cross-cultural collaboration, but as a microcosm of America’s foreign policy in the Middle East: Blow things up, blame others when fixing them goes wrong, and move on to the next stop without looking back.

Review: The Happiest Day in the Life of Olli Mäki