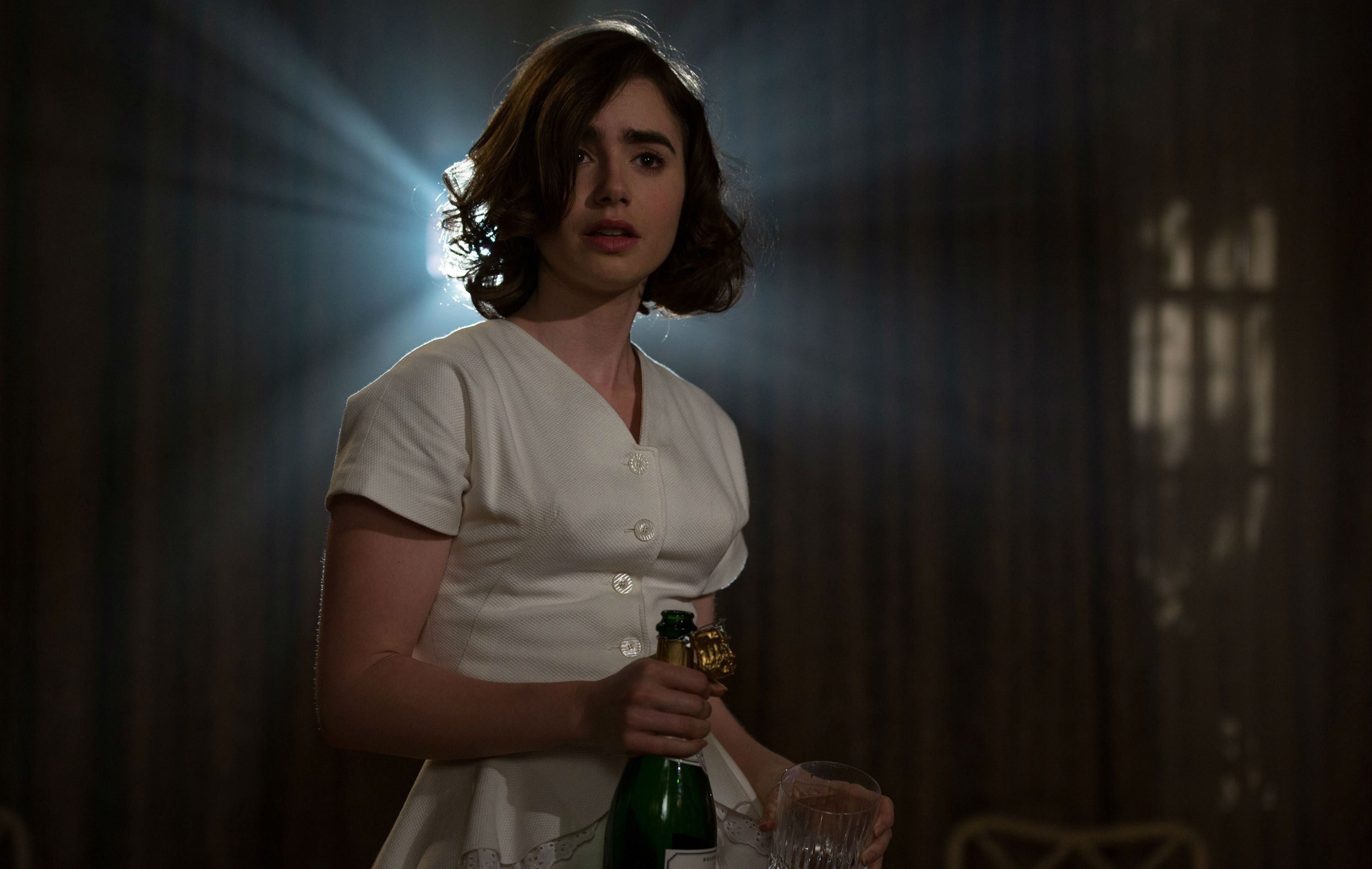 As in Jonathan Demme’s Melvin and Howard, Warren Beatty’s Rules Don’t Apply pairs an elderly, reclusive Howard Hughes with a much younger person who’s far from wealthy. But while Melvin and Howard’s umami mix of poignant sweetness and pungent unpredictability accentuate both the complicated, often comic humanity of its main characters and the increasingly desperate unreality of the post-post-war American dream, Rules Don’t Apply turns nearly every one of its characters and situations into tropes. Perhaps because Beatty grew up in the mid-century Hollywood the film is set in, his portrayal of Hughes has the overly polished feel of an anecdote that’s been told too often.

At the film’s start, Hughes is already a full-blown eccentric, spending much of his time in hiding even from his own staff. Yet Beatty offers no real insight into what informs this behavior, aside from references to Hughes’s daddy issues; the man is a collection of bizarre habits and creepy obsessions punctuated by an occasional eruption of brilliance or charm. Similarly, practically the only things we get to know about the other two main characters, Marla Mabrey (Lily Collins) and Frank (Alden Ehrenreich), are the conventional virtues that are presented as a stark contrast to Hughes’s weirdness.

Marla is a fictional version of the many young beauties who formed a kind of harem for Hughes, who put them under contract, kept them under strict supervision, and sometimes sent for them late at night while promising screen tests and starring roles that almost never materialized. Marla is also, as we’re repeatedly reminded, a good Baptist girl who doesn’t drink, smoke, or “go all the way.” Frank, one of the men Hughes employs to drive the women around and do errands for him, is another small-town, all-American kid who dreams of building a middle-income housing development, if he can ever get Hughes to focus on his plans long enough to invest in the project.

Both Collins and Ehrenreich are gifted at making basic decency appealing, but they’re given little to do aside from flirting and fighting with one another. Throughout, Hughes drives or colors most of the action even when he’s off screen: Marla dutifully follows or daringly flouts the many rules in Hughes’s contract that control actresses’ personal and professional lives, and Frank does the same with Hughes’s rules for his drivers, particularly the one forbidding them from getting involved with the “girls.” And the vaguely defined threat of Hughes’s retribution isn’t enough to enliven Frank and Marla’s inevitable romance, which features none of the sly dialogue or charming bits of business that made the courtship of Veronica Osorio’s Carlotta by Ehrenreich’s Hobie so juicily delightful in Hail, Caesar!

Due to Hughes’s penchant for hiding in the dark, Rules Don’t Apply is set almost entirely at night or in barely lit, cave-like rooms. Cinematographer Caleb Deschanel uses lighting to create seemingly endless gradations of mood, from the jubilant Mexican sunlight that floods Marla and Frank’s final reunion to an unsettling shot of Hughes emerging, like Boo Radley, out of a pool of near-blackness and into the room to which he has summoned Marla. But Beatty’s screenplay, which seesaws between insipid earnestness and mostly failed attempts at levity, is disappointingly banal for the writer of smart, socially conscious films like Shampoo, Reds, and Bulworth.

A parade of stars pass through in paper-thin roles, most of them allotted one conspicuously showy scene, like the bit where Oliver Platt’s frustrated banker smashes a hotel phone. The rat-a-tat exchange between Hughes and another of his drivers, Levar (Matthew Broderick), about whether Levar still has a job evinces an effectively tight, vaudevillian rhythm, but most other attempts at humor fall flat. A scene in which Hughes flies a plane erratically, merrily jabbering away about his glory days in Hollywood while his passengers give each other the side eye, winds up feeling uncomfortably long; the situation is too dangerous to laugh off, yet it’s treated too lightly to feel truly perilous.

Overall, Rules Don’t Apply has a prurient, almost Hughes-ian obsession with Frank and Marly’s sex lives, which are either the subject or the subtext of almost every interaction we see them engage in, and of nearly everything other people say about them. Beatty says people have been asking him to make a film about Hughes for a long time, and it’s not hard to imagine why: Both Hughes and Beatty were brilliant and beautiful playboys who became powerhouses in Hollywood during its heyday. Unfortunately, in this film, which focuses on Hughes at a time when his powers were waning, Beatty may have embodied his subject in ways he never intended.