Helmed by Estonian director Veiko Õunpuu, The Temptation of St. Tony is my favorite film in the Rotterdam series. It has come into my mind often since I first saw it. Visually arresting in virtually every shot, it tells the story of Tony (Taavi Eelmaa), a slightly bewildered middle-manager, trying to navigate his way through the rapacious Eastern European brand of capitalism while attempting to maintain his moral compass. The plot description I just gave may make the film sound ponderous, but believe me, it is not. To sound rather old-fashioned, perhaps, I thought the film was a hoot. The themes are serious, but the filmmaker’s sheer delight in the art of making a movie is palpable, you can tell how much fun he is having, and while that is sometimes an obnoxious quality in a director, here it works. I didn’t want the film to end.

The Temptation of St. Tony is broken up into numbered “chapters,” which immediately clues us in to the non-realistic atmosphere that runs throughout the film. We are meant to remain just a little bit distant from the proceedings, even when they suck us in to their horror, or make us laugh out loud. We are never to forget that this is a movie. Borrowing stylistic elements from directors across the map (a film that references both Andrei Tarkovsky’s Andrei Rublev and John Cassavetes’ Faces is okay by me), Õunpuu still, somehow, avoids making a film that feels imitative or derivative. Or who knows, maybe it is derivative, but I got such a kick out of the entire proceedings that I didn’t mind at all.

Early in the film, Tony—coming home from his father’s funeral—hits a black dog with his car. He drags the body off into the woods. Õunpuu has a slow pan of Tony’s city shoes walking through a reflective puddle, with leaves and sticks mucking up the reflection (a Tarkovsky reference if ever there was one), and suddenly, there in the water, we see a severed human hand. Tony’s feet stop. After a bit, he moves on, the camera following his feet, until we come upon another severed human hand. In his next step, we see an entire pile of severed human hands, white and smooth, like dismembered marble statues. Nothing in the film has prepared us for this Lynchian moment of horror and discovery, and it starts Tony on his descent into an underworld populated by buffoonish Keystone Cops, a mysterious dark-eyed woman clambering out of the police station window, and the Satanic denizens of a terrifying nightclub-cum-slave market that looks like something out of Fosse. The more steps Tony takes, the more unlikely it is that he will ever find his way back.

Shot in elegant black and white, and with a marvelous lead performance by Eelma of great humanity and humor, Õunpuu manages to portray the deep anxieties inherent in “climbing the ladder of success,” something that is supposedly what everyone wants in capitalist societies. The film is deeply nervous about such things: What will such pursuits do to man’s spiritual nature? (Phone call for Andrei Tarkovsky….) Once you make a Faustian pact with the devil, the doors of the maze slam shut behind you.

The landscape and production design play a big part in the film’s effect: a rocky beach with a stark funeral procession, a black-cloaked woman floating above the earth, her dangling bare feet touching the tops of thorny bushes (the most frightening image in a film full of frightening images), and the long, long vistas seen from the church tower. Tony and his wife live in an unfinished, completely glass house in the middle of a construction site, with piles of raw dirt seen out of all of the windows, homeless people coming right up to the plate glass while they eat dinner. Their house has pretensions, reflecting their upward mobility, but surrounded, as it is, by a ravaged upturned landscape, everything has a precarious feel. All of this could be wiped away in an instant. And would that really be so awful?

I loved the look of the film. I loved how each “chapter” had its own theme and bizarre central event. I loved that the music chosen to accompany key scenes were all songs from the classic American songbook, songs of forlorn women and working men. I loved the continuous journey of our main character, someone whom everyone says is “a good man,” and his attempt to figure out what the hell was going on with those severed hands. The deeper he gets into his search, the more he discovers, and the more the evil that he finds becomes a part of him. I loved his performance. He begins as a quiet almost-passive man surrounded by grumpy, talkative lunatics. Tony is the calm, clear presence, the one they all look to—for approval, for guidance. They aren’t sure why. Even strangers pick him out of a crowd as someone who might know what is really going on. Not just with the severed hands, but with life itself. Õunpuu is someone to watch and I consider The Temptation of St. Tony an absolute must-see. 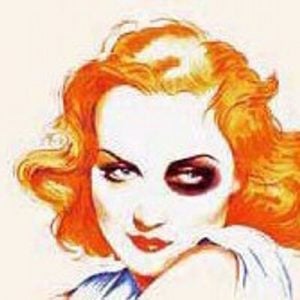