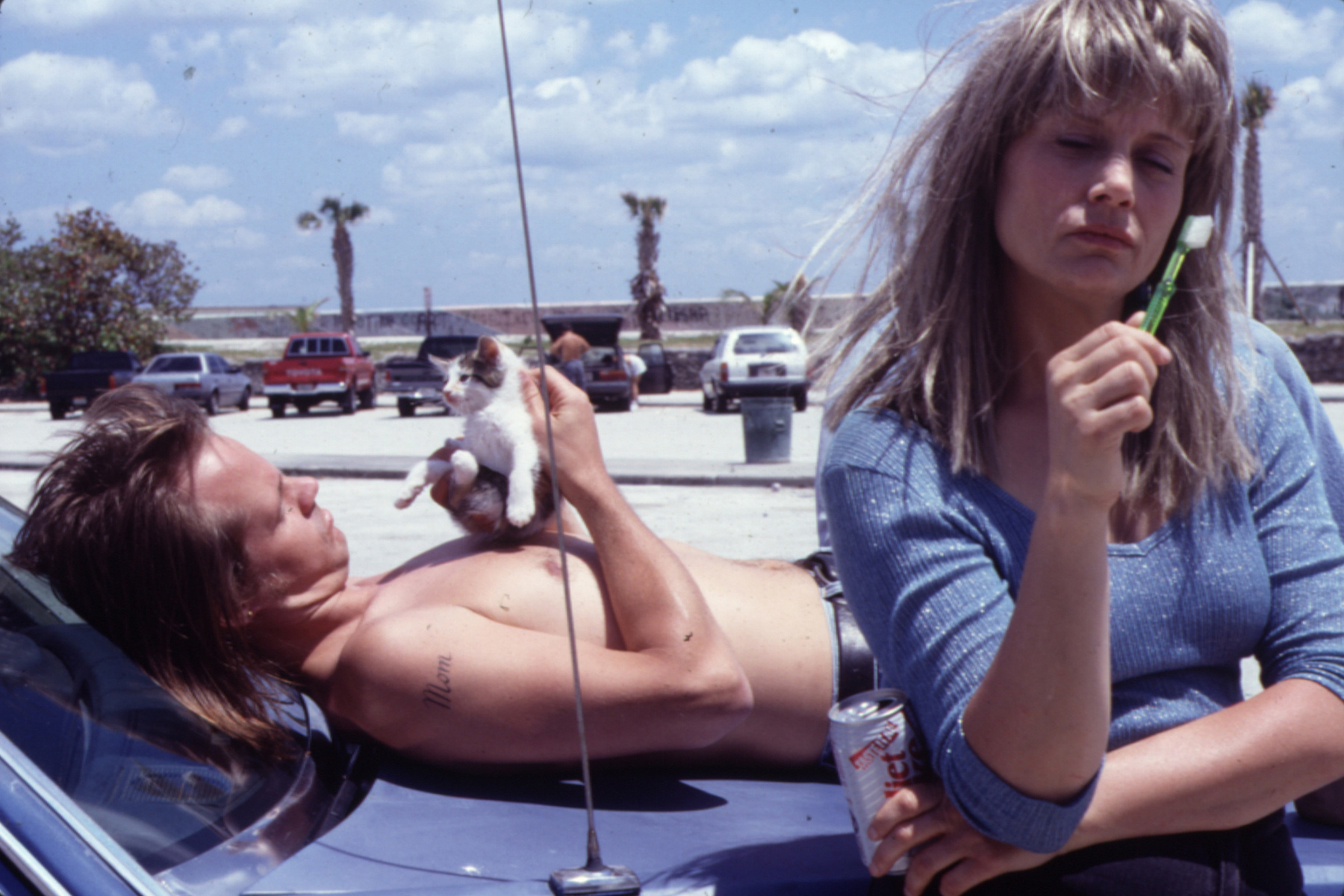 Director Kelly Reichardt’s features between 2006’s Old Joy and this year’s Certain Women each employ a distinct yet markedly unified approach to mapping out the tensions that pervade the United States. River of Grass, her newly restored 1994 debut, is an outlier in more ways than one, whether in terms of its funky tenor, Florida setting (almost all her other films favor Pacific Northwest stomping grounds), or unusual penchant for deadpan humor. Yet it still anticipates many of the filmmaker’s future preoccupations while still working on its own terms as a wry, appealingly raggedy look at the impossibility of conjuring up excitement from boredom.

Reichardt needs only a two-minute prologue to establish all the necessary information about her protagonist, Cozy (Lisa Bowman), and River of Grass’s subsequent tone. Set to a montage of old photos and grainy film footage, Cozy’s droll voiceover details the stations of her unspectacular biography: her proud link to college education, thanks to being born in a university hospital; her visions of her mother performing at the circus she ran away to join; and the fact that living in a house where a woman committed murder is a good conversation piece. Her irrepressible urge to embellish feels understandable once the drudgery of her daily reality comes into focus: two kids she shows little interest in, a dully dependable husband, endless drives through a South Florida landscape being paved over piece by piece.

Ray (Larry Fessenden), a longhaired 29-year-old loser who still lives with his grandmother, is the perfect match for Cozy in discontentment, if not in love. His own yearning to escape takes shape once he’s given a gun to look after by a friend, the very same gun Cozy’s drum-playing policeman father (Dick Russell) has managed to mislay. Ray and Cozy duly cross paths at a bar after Cozy decides to sneak out, their connection based more on what they see in the other than what’s actually there. Cozy agrees to a late-night dip in Ray’s friend’s swimming pool, with the two of them only truly bonding over Ray’s gun, before Cozy accidentally fires and apparently downs the pool owner. As the duo take off and hole up in a motel, the stage seems set for an archetypical film, a la Bonnie and Clyde, about an outlaw couple.

But just as Old Joy is a buddy movie that largely removes friendship from the equation and Meek’s Cutoff hands the reins of the western to the people who the genre usually sidelines, so, too, is River of Grass another manifestation of Reichardt’s knack for subversion. Even as a police search gets under way for Cozy, shots are fired, and drum-scored intertitles total up her and Ray’s days on the run—and the more time they spend together, the more painfully clear it becomes that they’re not in love, no crime has been committed, and new horizons hardly beckon. Cozy’s realization that their actions are being governed by wishful thinking rather than necessity is also typically ambivalent, rueful on the one hand, oddly brutal on the other.

Yet other concerns also bubble away under the surface of the modest genre-subverting plot. Reichardt liberally scatters her film with visual details that would feel superfluous if they weren’t so numerous. A couple fishing by the side of the highway, a dog barking at a passing car, a lingering shot of a tattooist’s hairy arm—countless fleeting reminders that there’s a specific reality always nibbling away at the edges of this fanciful story. That’s not to say all details in the film carry the same unobtrusive grace, as the sort of intelligent restraint that characterizes her later work is still a work in progress here, with such scenes as when Cozy puts Coke in a bottle to give to her baby or Ray lies naked on the bed beneath the American flag coming across like a cheap shorthand that’s neither particularly funny nor particularly insightful.

You might say that the actual road movie contained within River of Grass only starts up as the film is ending, once Cozy finally grasps that action, not daydreaming, is required to get things moving. And as another Reichardt figure passes forth into an unknown future and a new, unseen story begins, a final commonality between the film and the director’s later work, underscored by Billie Holiday’s voice on the soundtrack, slots into place: Why not cast off the old, for doesn’t agency come when you’re travelin’ light?