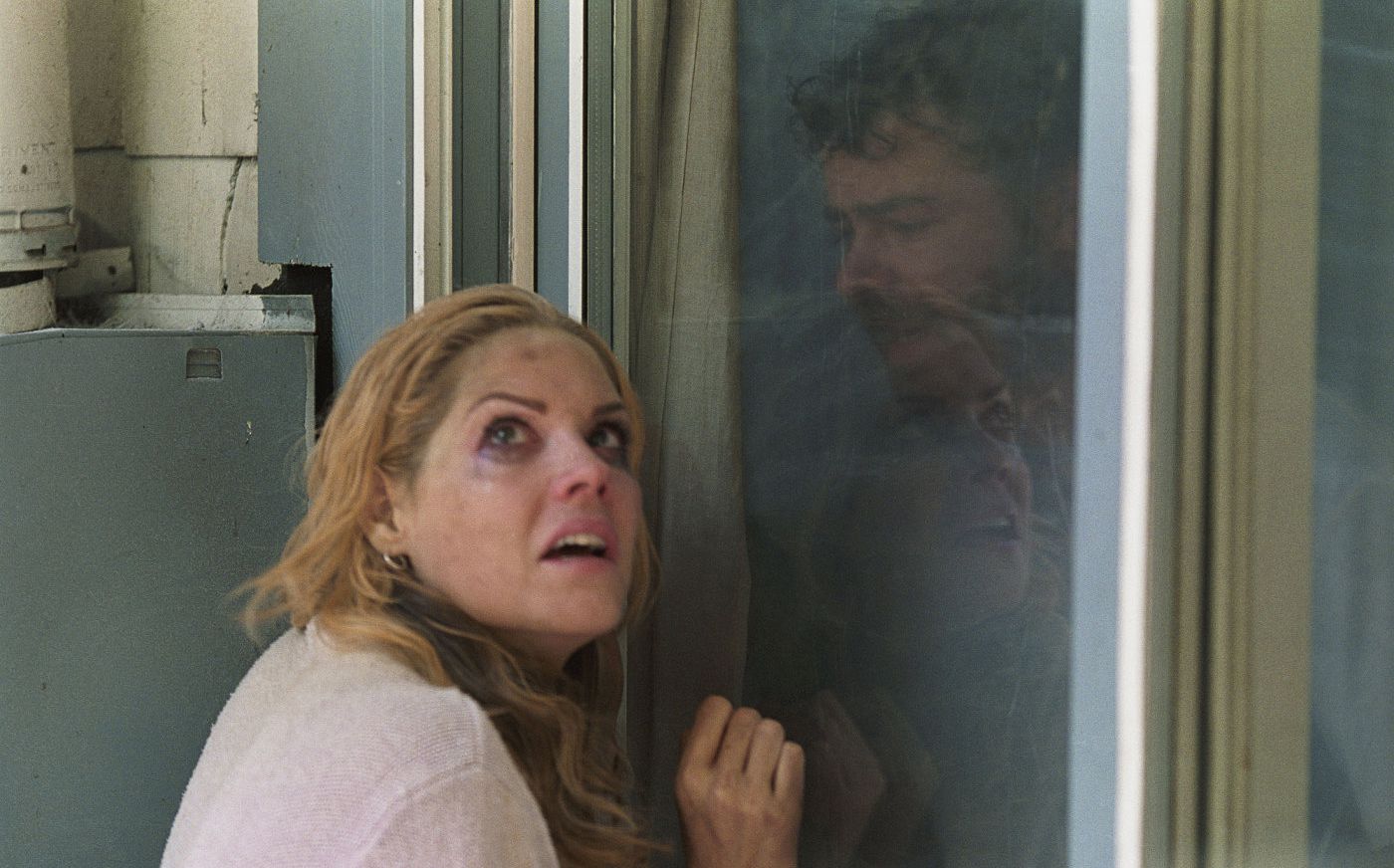 During its early going, Right at Your Door is a stomach punch of a post-9/11 thriller, delivering with blistering intensity and pulsing anxiety a “what if?” scenario involving the detonation of dirty bombs in Los Angeles as seen through the eyes of a newly married couple. Writer-director Chris Gorak begins with a brief portrait of the everyday morning routine of Brad (Rory Cochrane) and Lexi (Mary McCormack), which is quickly annihilated by radio news reports—heard by Brad while brushing his teeth, after Lexi has left for work—that a device has exploded downtown. Instinctively, a frantic Brad hops in his car and goes in search of his wife, only to come across armed roadblocks, the police executing citizens covered in toxic ash who won’t follow orders, and commands from cops to return home and seal himself inside, which he does along with his neighbor’s handyman (Tony Perez). Panicked and desperate to locate Lexi, Brad delays duck-taping his front door shut until the last possible moment, only to finally complete the safety measure and then have Lexi—distraught, and hacking up a lung—turn up on his front doorstep, demanding entry to the house. Gorak’s efficient use of edgy handheld cinematography gives these frenzied events a nervous terror, and his modest effects—a distant glimpse of L.A. swallowed up in smoke and flames, a rain of snow-like ash—are, when married to the horrific AM-broadcast accounts of death and destruction, just enough to scarily hint at the city’s not-too-distant metropolitan chaos. Brad’s refusal to let Lexi in the house for fear of being contaminated forms the story’s moral epicenter, but once that plot development is established and the couple’s ensuing, initially wrenching bickering is finished, Right at Your Door finds itself somewhat adrift. Stuck with two irritating characters (proficiently embodied by Cochrane and McCormack) and a narrative with muddled things to say about love and sacrifice and an undeveloped view of law enforcement as a threat rather than a help, the film eventually seems unsure of where it should go, a situation that—unfortunately, given the high-wire opening—is resolved via a deflating Rod Serling-style twist.