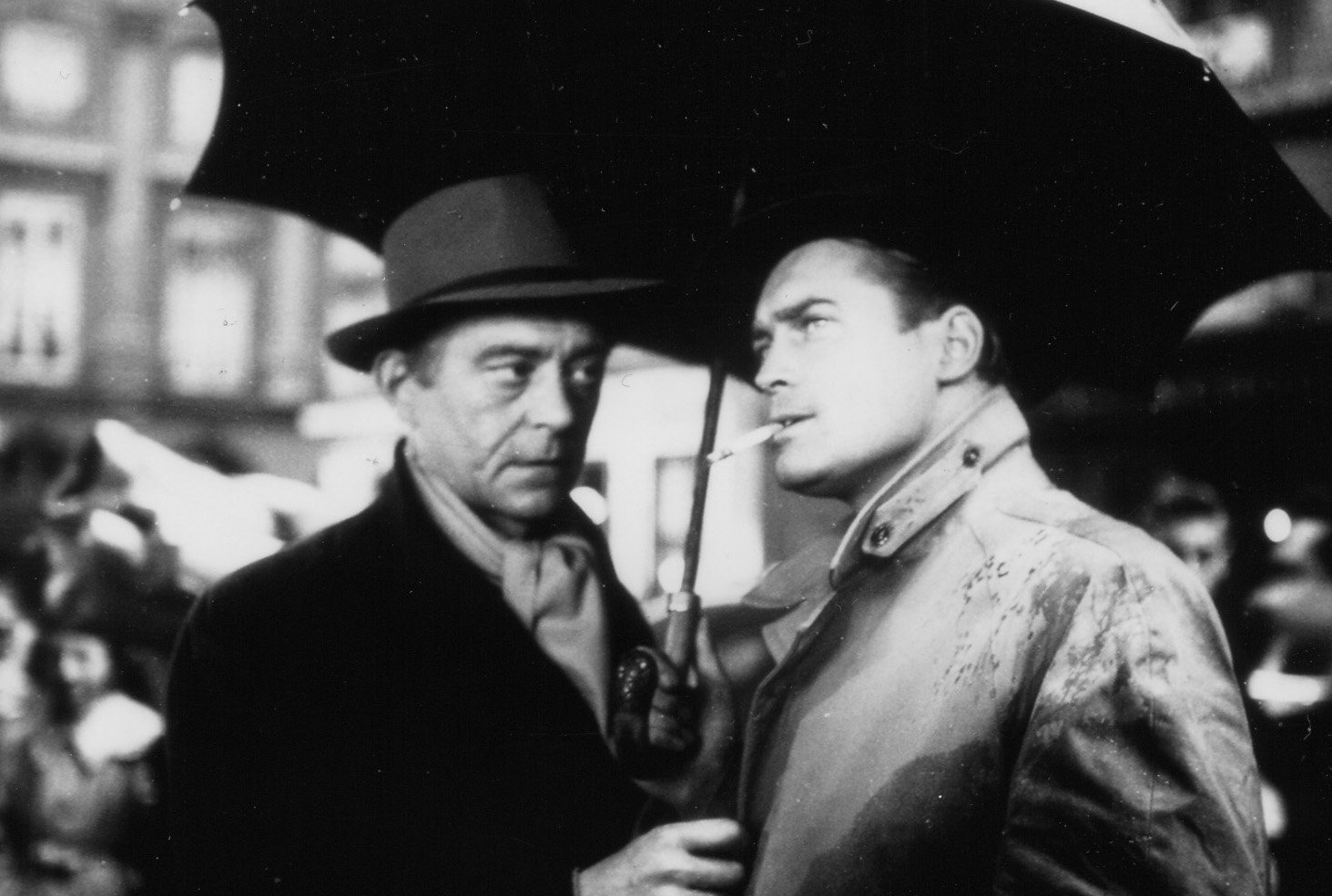 The workaday delights and fatalistic thrills come quickly in Rififi, and Jules Dassin doesn’t waste much time in expressing exactly what he thinks of the criminals and gangster culture that rule his underworld. Back from a long stretch of incarceration, seasoned hood Tony (Jean Servais) goes about reconnecting with his erstwhile lover, Mado (Marie Sabouret), but when he arrives at her doorstep, he’s not looking for love. He demands all the extravagant jewelry she’s wearing, payment for the jail time and indignity he’s suffered while she was romancing another hood, Pierre Grutter (Marcel Lupovici). After the bejeweled bracelets, rings, and necklaces are on the table, however, he demands an additional pound of flesh, as he forces her to strip and then whips her with his belt. Dassin may allow us to see Tony as a good godfather to Tonio (Dominique Maurin), the young son of his close colleague, Jo (Carl Möhner), but the director presents the criminal instinct that rules his life as reptilian, unromantic, and savage.

Dassin similarly takes a sobering view of the honed skill, uncommon knowledge, and procedures of high-stakes crooks, namely Tony, Jo, and the gang they assemble to pull off the most venomous kind of heist: the retirement job. Much of the film is taken up with the brilliant tactics and cold diligence that goes into a big score, and Dassin’s sense of movement and visualizing personal detail mirrors the exact work Tony and his cohorts specialize in. The brilliant and rightly heralded heist sequence clocks in at 34 minutes and remains as prime example of Dassin’s full-blooded mastery of pace and studied eye for inventive symbols. The upside-down umbrella, collecting scraps of debris during the heist rather than shielding people from the elements, is a beguiling emblem of the director’s vision of a world out of sync.

Rififi is also a modestly stylized and shadowy vision of Dassin’s run-in with Hollywood and House Un-American Activities Committee, two other sorts of underworlds. (While making 1950’s Night and the City, Dassin had already been blacklisted, and the ensuing professional shaming caused him to move to Europe.) Every frame is soaked to the bone in dread, and Dassin put himself front and center in the role of Cesar, a Milanese safecracker who can’t help but show off his criminal enterprise by putting an expensive ring on his girlfriend’s finger. In essence, he flaunts his weakness, and he falls victim to the brutal and quite final kind of justice that criminals know will inevitably befall them, but rarely fully accept. The fear, anger, and hurt Dassin felt in the wake of getting on McCarthy’s list is felt not only in the uneasy bonds and professional ruthlessness of these characters, but also in the cool precision of his cuts and angular aesthetic rhythm.

Money and love decidedly don’t mix in the Paris of Rififi. The streets are playgrounds and training camps for criminals, and if the women who love them do often protest the debilitating habits and talents they use to survive, they don’t have a hard time enjoying the rewards of their toil. There’s a potent cynicism at work here, but Dassin doesn’t excuse anyone, nor does he blame it on any institution other than the male ego. The filmmaker puts the focused workmanship of crime front and center, but he upends any sense of sympathy with exquisite symbols of the emptiness and foolishness of gangster life: the punching clown, the faceless shadow that accompanies Viviane (Magali Noël) as she sings the titular number, and that miraculous fire extinguisher, which proves useful for silencing alarms rather than putting out fires. These lives end badly, and death is as inevitable in Rififi as Tony’s nagging cough. In the film’s final moments, Tony speeds through Paris with a bullet in his gut while Tonio, dressed as a cowboy, laughs to the point of hysterics, and Dassin offers two summations of outlaw life: the one unknowing children believe, and the one that old men come to expect.