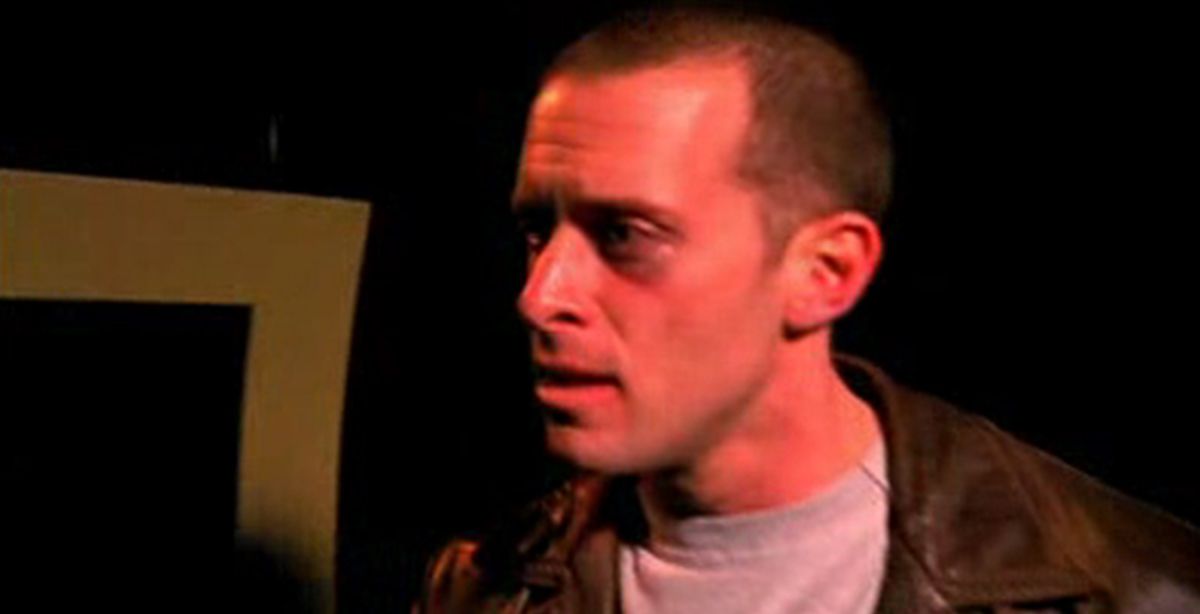 To make a case against psychoanalytic self-help, one need look no further than RevoLOUtion, an empty-headed, bargain-basement independent which so abysmally examines the cathartic act of confronting personal demons that it inadvertently argues in favor of suppression and denial. That it also somehow manages to defile the (barely defile-able) legacy of Rocky III, pathetically recycle Once Upon a Time in America’s signature Brooklyn Bridge imagery, and indulge in the very kind of homophobia it strives to decry is wholly attributable to Bret Carr, who not only directed, produced, and concocted the story for the film, but also stars as stammering boxer-turned-uplifting speaker Lou. A gay-hating rageaholic stutterer who sounds like a mentally deranged Woody Allen channeling Andrew Dice Clay, Lou finds his life in a shambles after his boxing career is terminated by the discovery of an untreatable brain aneurism, his single-mom girlfriend dumps him because of his anger issues (all stemming from childhood abuse at the hands of Dad, who a bearded Carr also plays in flashbacks), and his manager attempts to get him to join a shady underground boxing ring à la Lionheart that, given his serious medical condition, could lead to death. If only. Instead of perishing in an illegal human cockfight, Lou receives hackneyed inspiration from man-push-cart Kumar (Wes Anderson staple Kumar Pallana), “strong black woman” Starla, and a gay pet store owner who wears a stuffed bird on his shoulder, each one doing their part to help him understand that the path to healing—and to triumphing over his pesky speech impediment—is through addressing past tragedy. Think of it as How to Lose a Stutter in 14 Days starring an apparent madman, written (by The Deer Hunter scribe Quinn K. Redeker!) with tin-ear dialogue and nothing but stereotypes, and visually characterized by countless shots seemingly, and cheaply, stretched from a 4:3 aspect ratio to fill out a 1.85:1 frame. Better yet, don’t think about it at all.

5 for the Day: Motherhood

B Noir: Reign of Terror, The Tall Target, He Ran All the Way, & More