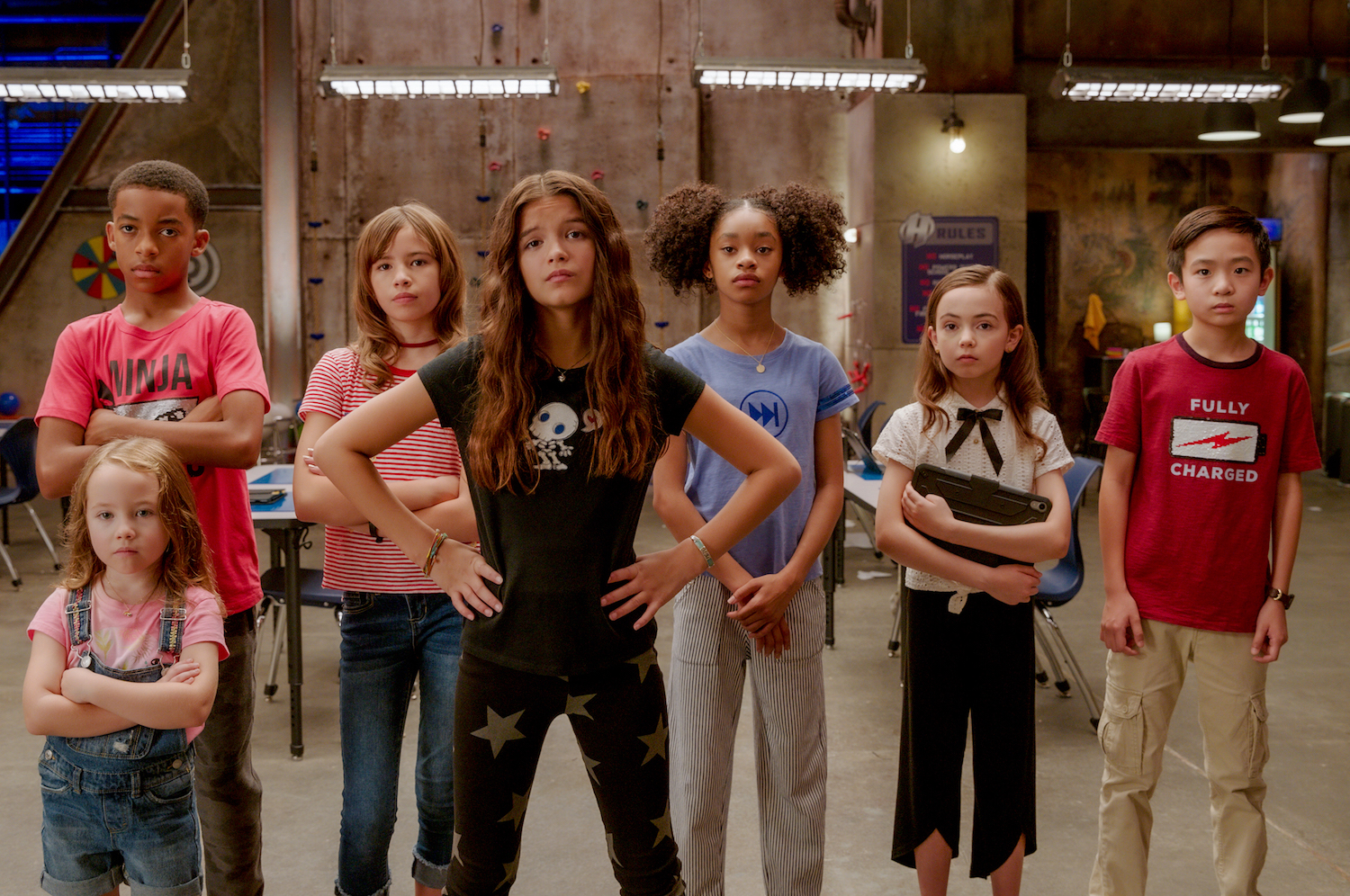 The raison d’etre of Robert Rodriguez’s 2005 film The Adventures of Sharkboy and Lavagirl in 3-D was to bring two characters created by the director’s then seven-year-old son, Racer, to life on the big screen. It’s somewhat of a fool’s errand to have a work of art serve such a singular, insular purpose, and the film’s bargain-basement visual effects and half-baked storyline only guaranteed that it wouldn’t have widespread appeal. Fifteen years later, Rodriguez returns to the same universe, and given the involvement of his ex-wife, Troublemaker Studios head Elizabeth Avellán, and now-grown children in various aspects of its production, We Can Be Heroes is also very much a family affair. Unfortunately for the rest of us, the results are closer to the Partridge Family than the Ramones.

Following a new generation of superpowered children, including Sharkboy and Lavagirl’s daughter, Guppy (Vivien Blair), We Can Be Heroes is, like its predecessor, plagued by cheap, bland effects and excessively broad acting and gaudy set designs that one might expect from a Nickelodeon program. In fact, the plot involving an alien invasion and children learning to work together as a team is so familiar that it may even be deemed unremarkable by connoisseurs of Nick Jr. The characters are also missing that spark of inspiration, as they suggest ideas that never left the drawing board, with nicknames like Slo Mo (Dylan Henry Lau), Facemaker (Andrew Diaz), and Rewind (Isaiah Russell-Bailey) quite literally stating their superpowers. If only the great hero Subtext could have made even the briefest of appearances.

A few times, Rodriguez makes a show of the oversized and blinking controls (read: kid-friendly) controls of the humongous alien ship where much of the story’s second half plays out, suggesting that he isn’t oblivious to the inherent silliness of the film. But We Can Be Heroes fundamentally lacks a sense of wonder. That’s in part due to it never quite settling on a consistent tone, ping-ponging between po-faced scenes about the value of cooperation and self-confidence and goofy sequences that repeatedly and unconvincingly highlight the child heroes’ skills. Its ramshackle construction extends even to its last-minute, half-hearted attempts to galvanize the next generation of children to step up and face the world’s problems. But it’s only after a squiggle monster designed by Rodriguez’s daughter arrives on the scene that the film all but cops to its own fatal flaw, with one of the kiddos, speaking of the alien spaceship, saying: “[it] wasn’t designed for children…it was designed by children.”

Review: Herself Stubbornly Leans into Its Metaphor for Personal Restoration