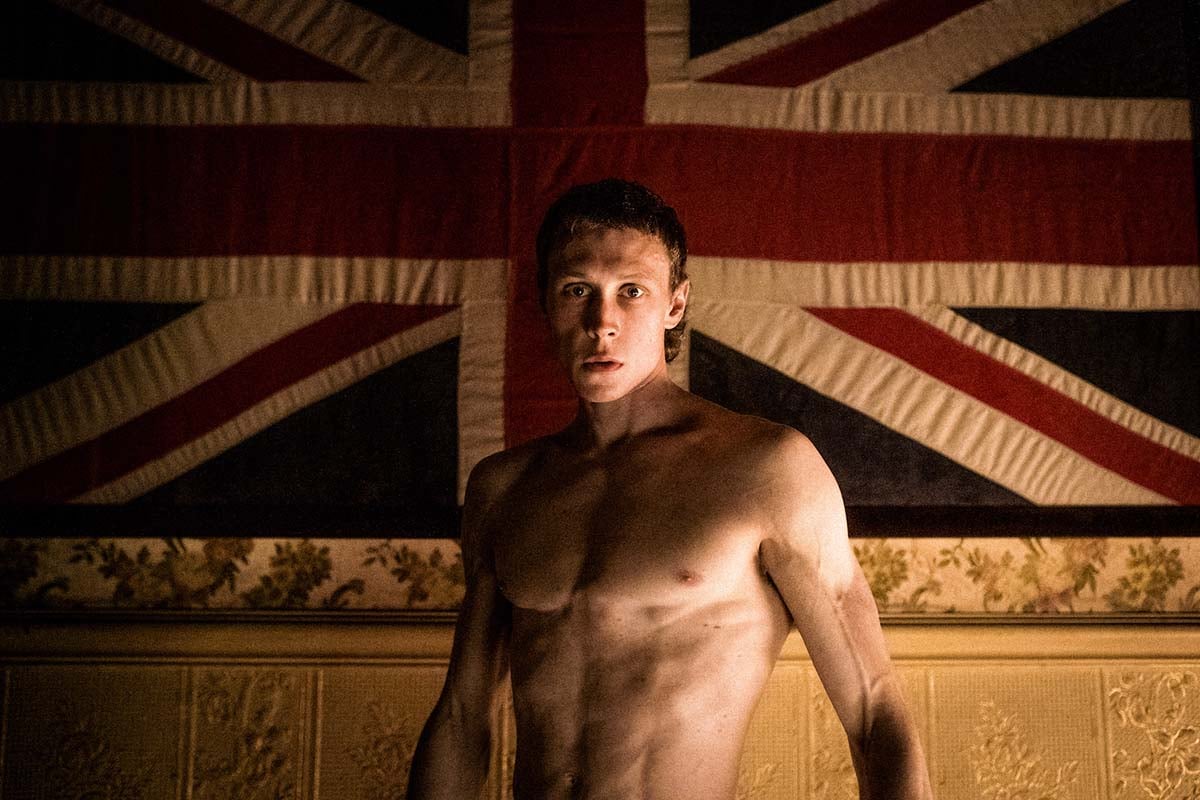 Bleak, bloody, and suffused with masculine melancholy, Justin Kurzel’s flagrantly ahistorical and ironically titled True History of the Kelly Gang is certainly consistent in tone, which nearly makes up for what the film lacks in story. Hardly a detailed reconstruction of the exploits of legendary 19th-century Australian outlaw Ned Kelly (George McKay), this rendition of the tall tale is composed in large part of expressionistic vistas of desolate plains and rapid, impressionistic montages signifying characters’ inner torment. Throughout, Kurzel renders the countryside of Kelly’s native Victoria as an empty, cold non-place only loosely rooted in any particular historical moment: This willfully anachronistic film includes non-period clothing and, in the steel shed where the members of the Kelly gang spends their final moments, glimpses of graffiti quoting William Faulkner.

In real life, Kelly was the son of Irish migrants, his father having been sent to Australia as a convict. As a twentysomething, the younger Kelly eventually turned his gang of bushrangers into a minor rebellion against the Victorian government, at least in part to protest the arrest of his mother, Ellen (Essie Davis). His uprising failed spectacularly when, wearing self-fashioned bulletproof armor, the Kelly Gang confronted a detachment of British soldiers in 1880. The only survivor of the conflict, Kelly was hanged by the government later that year.

The film, loosely based on Peter Carey’s novel of the same name, finds the filmmakers taking advantage of their distance from the historical text, riffing on and extending elements of the Kelly mythos. They transform the Kelly gang into queer-adjacent punk-rocker-like figures who openly cuddle and caress each other and rush with almost aimless fervor into their rebellion. The gang is reimagined almost as a version of Alex DeLarge’s cruel but hapless band of male criminals who’ve accepted the homoerotic tension bubbling beneath their ultra-violence. In the film’s best visual conceit, gang members are repeatedly shown cutting across the preternaturally dark Australian plains on horseback while sporting colorful dresses—brief, anomalous sequences that substitute for the hold-ups and shoot-‘em-ups we might expect.

Thus, in more than one sense, the aggressively strange True History of the Kelly Gang queers the myth of the oft-lionized outlaw at its center. But despite the film’s foregrounding of homoeroticism and its penchant for surreal and unmotivated visual effects, such as a recurring strobe-light motif, its underlying melodrama of male revanchism strikes some too-familiar chords. Drifting through the dissociated spaces of Kurzel’s stylized South Australia at various moments in young Kelly’s life are Sergeant O’Neil (Charlie Hunnam) and Constable Fitzpatrick (Nicholas Hoult), British officers who serve as grotesque extensions of the crown’s oppression of the Irish. Both men extort favors from the women in Kelly’s life: O’Neil receives sexual favors from a young Kelly’s mother, and when Kelly is an established brigand, Fitzpatrick blackmails his family into letting him spend time with Kelly’s sister, Kate (Josephine Blazier).

O’Neil and Fitzpatrick’s open cruelty feeds Kelly’s resentment of the British, which has been entrenched by his Irish mother’s anger at her oppressors, and by the schooling of his perverse surrogate father figure, the bushranger Harry Power (Russell Crowe). That there’s no telling where Oedipal erotics end and genuine political belief begins would seem to be the point, and McKay’s wild-eyed, delirious performance certainly points toward something motivating Kelly that’s much more personal and erotic than political liberation. Even if McKay’s perpetual distant stares and staggered outbursts, like much of the film’s second half, grow monotonous at a certain point, True History of the Kelly Gang’s hallucinogenic, psychosexual take on the Kelly gang uprising intermittently soars as a trippy, visually engrossing anti-western.

Review: 1BR Is a Detail-Rich Look at Cult Indoctrination and Manipulation