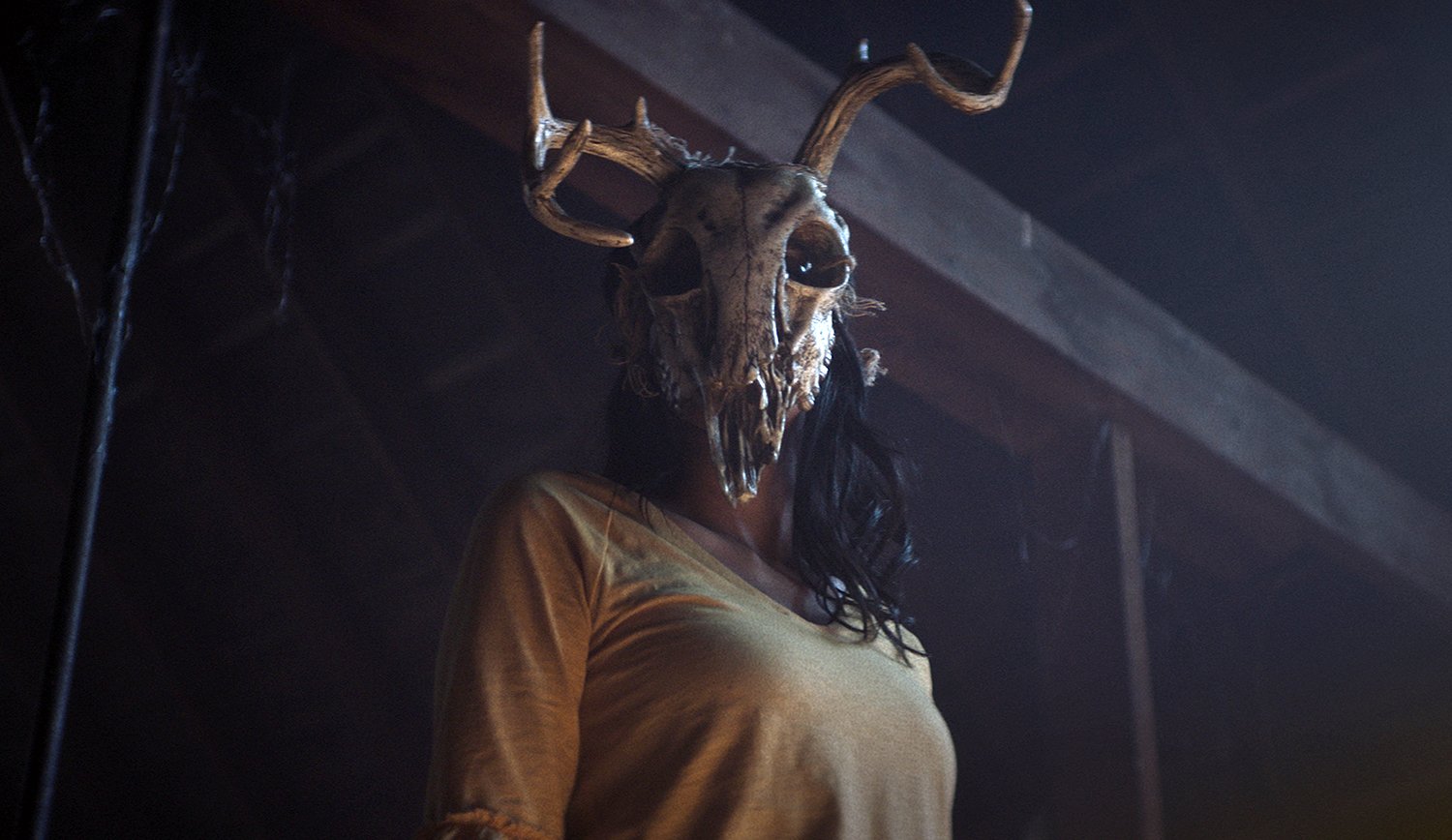 Given their preoccupation with social taboos, horror films are almost inherently rich in subtext. Even a production as bargain basement as a Friday the 13th sequel can be mined for messages about the relationship between sex, violence, and puritan guilt. In this light, Brett and Drew T. Pierce’s The Wretched is remarkable for having so little running under its narrative hood, which is amazing considering its loaded subject matter. Instead, this is the very essence of a calling-card project—slickly and impersonally directed so as to leave no troubling residue. The film hits its marks, with the Pierces competently telling a story that’s been stitched together from predictable reference points to 1970s and ‘80s genre movies.

The Wretched has a promising setting and opening act. A witch stalks children, luring them into woods that exist on the periphery of a marina, allowing the Pierce brothers to simultaneously utilize two archetypal settings of the horror film: woods and water. More specifically, this enables them to quote Jaws, Friday the 13th part IV: The Final Chapter, and William Friedkin’s The Guardian in the same film, which might be a first for the genre. Early scenes that see the witch playing hide-and-seek with a troubled teenager named Ben (John-Paul Howard) are authentically eerie, as the Pierces have the compositional inventiveness to enable us to believe that we’re finding the witch in the darkness for ourselves. One image, with the witch burrowing under the porch of the house next door to Ben’s father, Liam (Jamison Jones), is particularly unnerving for its simplicity; in such moments, the Pierces touch on universal fears of the things that dwell underneath, well, everything.

The Pierce brothers are less interested in mining their story’s central emotional dilemma than in tending to as many genre tropes as possible. For no reason at all, jock, nerd, and bully-princess stereotypes from the John Hughes universe are repurposed here, and the mythology of the witch grows complicated enough to include visual references to Robert Eggers’s The Witch. As The Wretched grows increasingly more mechanical, questions arise: Why does the witch control some people and inhabit others? Why does she use conventional weapons in some cases while ripping other people to pieces like an animal? Amid the film’s gimmickry, the implications of a potentially devastating twist, involving a boy who’s forgotten in the wake of Ben’s troubles, are lost. The Pierces manage to whip up all of this madness into a painless puree of conventions, but they haven’t examined the psychological terror, the bitterness, and lust that gave rise to many of the works they so obviously cherish.

Review: Our Mothers Grapples with the Weight of Transgenerational Trauma

Interview: Rob Morgan on the Long Ride to Leading Man Status in Bull