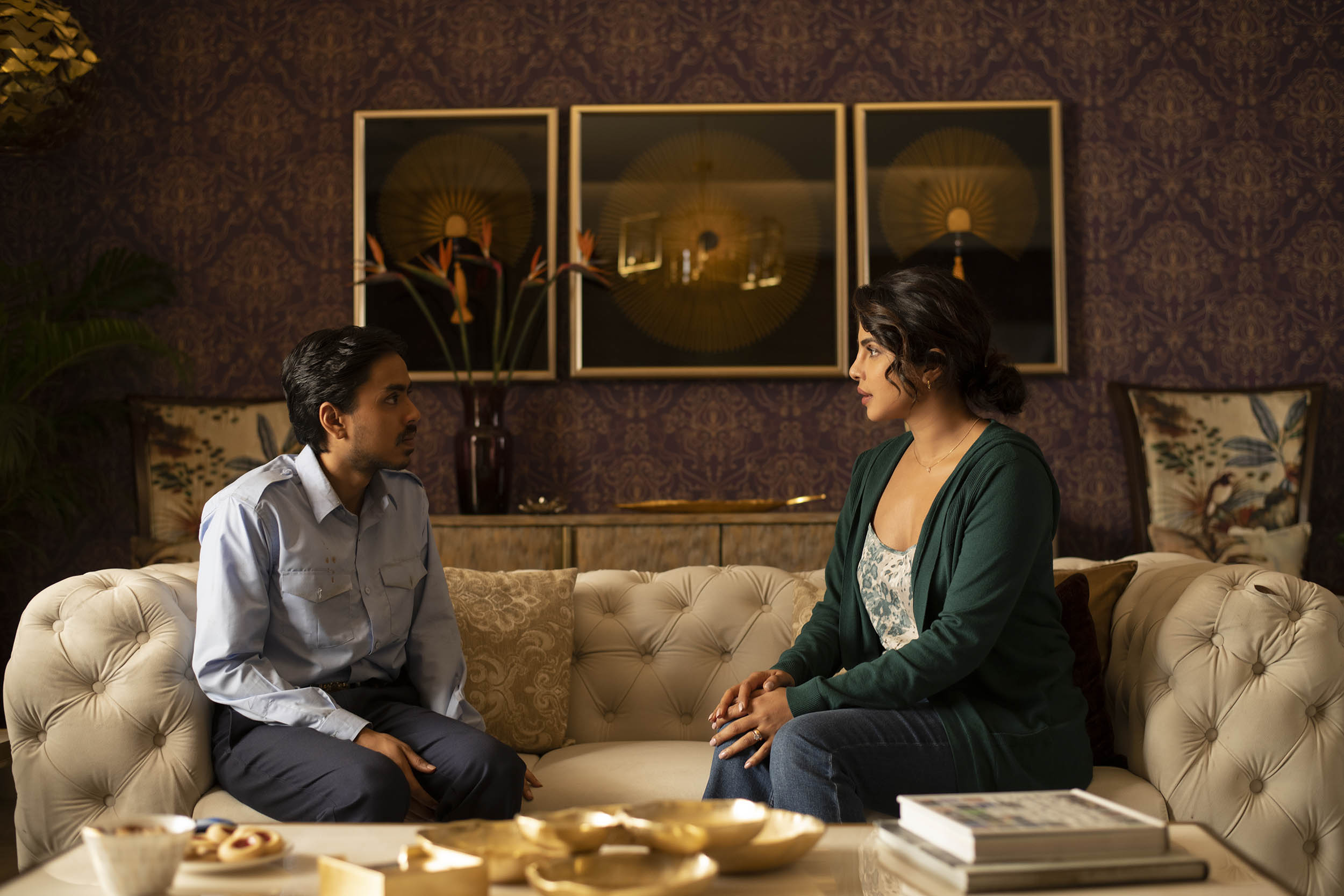 In a blistering return to form after the disappointment of Fahrenheit 451, Rahmin Bahrani adapts Aravind Adiga’s novel The White Tiger with the pulpy velocity, wit, and class-consciousness that powered 99 Homes. A turbulent and snarkily self-aware melodrama about breathless social climbing, it starts with a car careening at deadly speeds through Delhi, the rich couple inside blind to danger and consequences, and concludes with an unexpected comeuppance. The story laid out in between those points indicts India’s caste hierarchy by showing the extremes to which one man goes to break into a different class.

Narrating the film’s fast-paced plot with sly showmanship, Balram (Adarsh Gourav) lays out the humiliations that he endured and sins he committed in his rise from a poor Indian villager to a Bangalore entrepreneur. The speed of his change in circumstances, and his canny maneuvering of class differences, brings to mind everything from Charles Dickens to Danny Boyle’s Slumdog Millionaire. But as Balram pointedly says in one of his many asides to the audience, after witnessing yet again the powerlessness of the poor, “don’t think for a second there’s a billion-rupee gameshow you can win to get out of it.” Instead, his escape route is through the rich family that he sacrifices everything to work for.

In 2010, Balram is a snappy dresser with a sleek but covert demeanor. All his roiling thoughts come pouring out of him in the rushing narrative of his self-described “glorious tale.” “You see, I was a servant once,” Balsam says in a voiceover that mixes confessional honesty with storytelling bravado. “Now I’m an entrepreneur.” His tone makes it sounds as though he’s describing not different professions, but different states of existence.

An early scene shows young Balram in the remote village of Laxmangahr, where his studiousness is rewarded by the offer of a scholarship for schooling in Delhi. The opportunity is snatched away because his father, indebted to a landlord, nicknamed the Stork (Mahesh Manjrekar), of medieval cruelty, was too poor to pay school fees. Years later, Balram finagles himself into working as a driver for the landlord’s Westernized son, Ashok (Rajkummar Rao), recently back from New York with his American wife, Pinky (Priyanka Chopra).

At first, the job is everything Balram can hope for. He succeeds through an expert deployment of hustler’s ambition when out of his master’s sight and sincere-seeming obsequiousness when in his presence. But the moral compromises pile up fast. He gets a colleague fired by revealing the man’s secret (Ashok’s Hindu family, who espouse traditional prejudices that he makes a pretense of disavowing, refuse to have a Muslim employee). The ease with which Balram takes such a step marks him as more Sammy Glick than David Copperfield.

Once Balram relocates with Ashok and Pinky to Delhi, the transition to a world of gleaming skyscrapers is akin to his landing on a foreign planet. He’s equally unsettled by how Ashok and Pinky treat him. As cruel as the Stork and his other son, nicknamed the Mongoose (Vijay Maurya), are to him, Balram understands them better than Ashok and Pinky’s Western attitudes, which combine virtue-signaling pretense with more subtle shows of condescension. Ashok’s half-hearted criticisms of the slave-like way that Balram is treated doesn’t change the facts of the situation. Balram lays out that reality for the viewer in a crisp, chilling sequence that not only shows the punishment that would befall his family if he did anything out of line, but, as he puts it, explains why the poor so rarely step out of line in India.

Once the plot catches up to the violent aftermath of the opening scene, the depth of the trap Balram has gotten himself into becomes clear. Narrating from his position of power in 2010, Balram lays out his transformation from loyal servant begging for scraps to methodical manipulator, a Pinter-esque turn that Bahrani subtly signals in one scene with a deft tracking shot. The dramatic particulars of what follows that moment are less interesting than Balram’s backward-looking dissection of his shifting attitude and what it says about people from his impoverished background. “Do we loathe our masters behind a façade of loving?” he wonders, “or love them behind a façade of loathing?” Although the audacious straight-to-camera directness of the film’s last scene, and its stiletto-sharp contempt for the ruling class, provide one answer, the sadness that lingers in Balram’s eyes suggests another.

Review: Beautiful Something Left Behind Celebrates Symbolism as a Salve for Grief