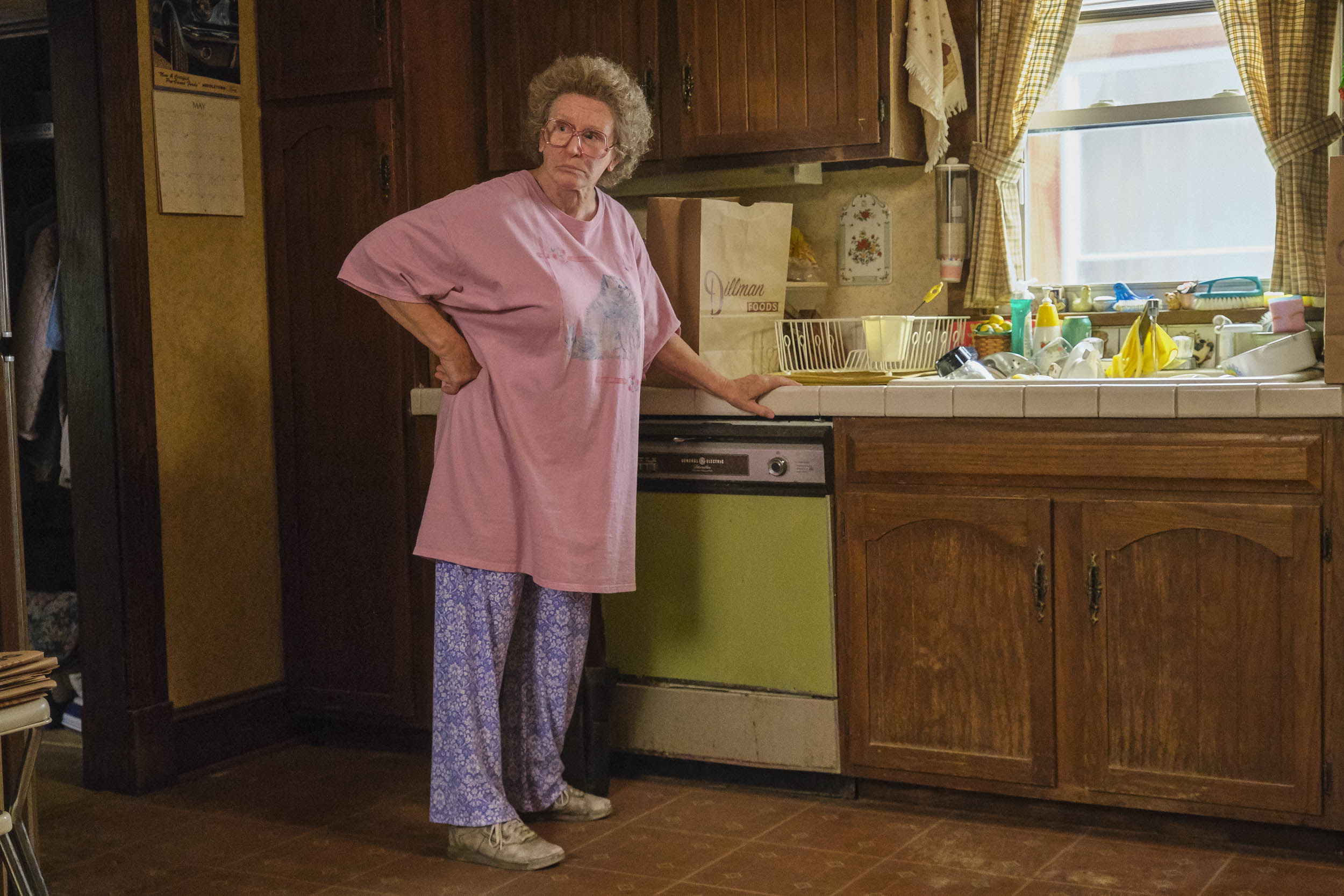 Glenn Close thrives on personal relationships, the heart and soul of her industry, not on accolades. But don’t let that stop you from imagining what a Close Oscar acceptance speech might look like. Perhaps it would include a quote from a letter that Katharine Hepburn sent her after Close and a select few of her peers helped honor the four-time Oscar winner for a Lifetime Achievement in the Arts at the Kennedy Center Honors in 1990.

“A great big hug for your sweet contribution,” Close read via Zoom at SFFILM Awards Night on December 9, 2020. “I’m glad I persuaded you when you were a mere child to join this terrible profession, this terrifying profession, and, let’s face it, this delicious way to spend your life. With affectionate thanks, Kate Hep.” It was a full-circle moment that encapsulates the importance of healthy industry relationships and continued commitment to the craft of acting beyond awards. “This delicious way to spend your life,” Close wrapped up her speech after receiving the SFFILM Award for Acting, “that’s what you’re awarding me for.”

For Close, SFFILM Awards Night was an early warmup for the arduous awards season ahead, one undoubtedly tamer this year as a result of an unprecedented pandemic. At the event, Close’s Hillbilly Elegy co-star Amy Adams presented her with the honor. “She is a seeker of truth, of compassion, and of deep empathy,” explained Adams about Close’s exploration of her characters. Indeed, even with characters as severe, abrasive, and sometimes appalling as Mamaw, Close manages to find the truth, compassion, and empathy in them.

Before Close “took the stage,” so to speak, I had an opportunity to sit down with the screen legend via Zoom about the role of Mamaw in Hillbilly Elegy, coming to understand the character as a person, her views of politics in film, and more.

How did Matthew Mungle and Martial Cornville, with whom you worked on Albert Nobbs, help you physically ease into the character of Mamaw?

Matthew took a mold of my nose, and I played with my hair to emulate Mamaw’s frizzy hair in pictures, which Martial used for the wig.

You are known for your physical transformations on screen. With Mamaw, that transformation is evident in your gait, facial tics, and vocal intonation. Did you bring your own personal quirks to the character?

I don’t think so. I was lucky enough to be able to spend time with the Vance family, and everyone had all these amazing stories about Mamaw. She was so loved and fierce. She always had a cigarette hanging out of her mouth.

Aside from family stories, what did you pick up from archival footage?

[I emulated how] she sat, held her cigarette, wore her baggy clothes, what her voice was like.

You’ve mentioned that Mamaw is toned down for the film. How so?

She was very loud. Some terrible things came out of her mouth. She liked to shock people. A man who was an extra on the street where we filmed in Middletown, Ohio, who knew her when he was a little boy, said that they loved her and they were afraid of her. [laughs] These two boys went into her house once, I guess, and she thought they looked at her girls wrong, and she chased them out of the house with her gun. I mean, she always had a gun. And she had used it.

So, she just was this larger-than-life character in everyone’s life. And to put that on film without people saying, “Oh it’s a caricature,” or “You’re going overboard,” I really think that we did a very good job in telling the Vance family’s story, and they’re moved and proud of it. So that, to me, was what we wanted to do. We wanted to create, especially with Mamaw, somebody to honor this woman, who’s so extraordinary.

That scene during which you ask the Meals on Wheels delivery worker if you can have more food is at once a dent to your character’s pride and a revealing example of a reality that so many Americans are living in. What were the conversations like with Ron before this scene about how he wanted to portray this?

It was really important to show her dignity. She wasn’t begging. She was asking. She had called them. She did tell them that she had her grandson. But then you find out that she couldn’t pay for her meds that month. That’s what people do. I read in the paper just the other day how parents are giving up their food in order to feed their children in this country. So it’s a reality that that’s what people do. And if you’re a mother, if you’re a grandmother, there’s no question what you do. You do it for your child. You do it for your grandchild.

This is a film that tells the story about family through one particular bloodline. There are universal themes like generational trauma, but politics have, especially in this moment in time, inevitably become intermeshed in the film. Do you think that the film’s themes ultimately outweigh the politics in and around it?

I do. I think politics, right now, in this country keeps people divided, which is tragic, because we have so much in common. I think, as a country, we have to learn to look at people with empathetic eyes. We have to learn the “why” of their behavior even in extreme cases. That’s our only salvation. And the privilege of trying to get under the skin of a woman like Mamaw taught me a lot about this skewed idea that many of us have about individuals like the Vances. I think, I hope, I pray that we keep telling these stories, that people realize that it’s about what unites us as human beings, not what separates us through politics.

Interview: Aaron Sorkin on The Trial of the Chicago 7, Steven Spielberg, and More