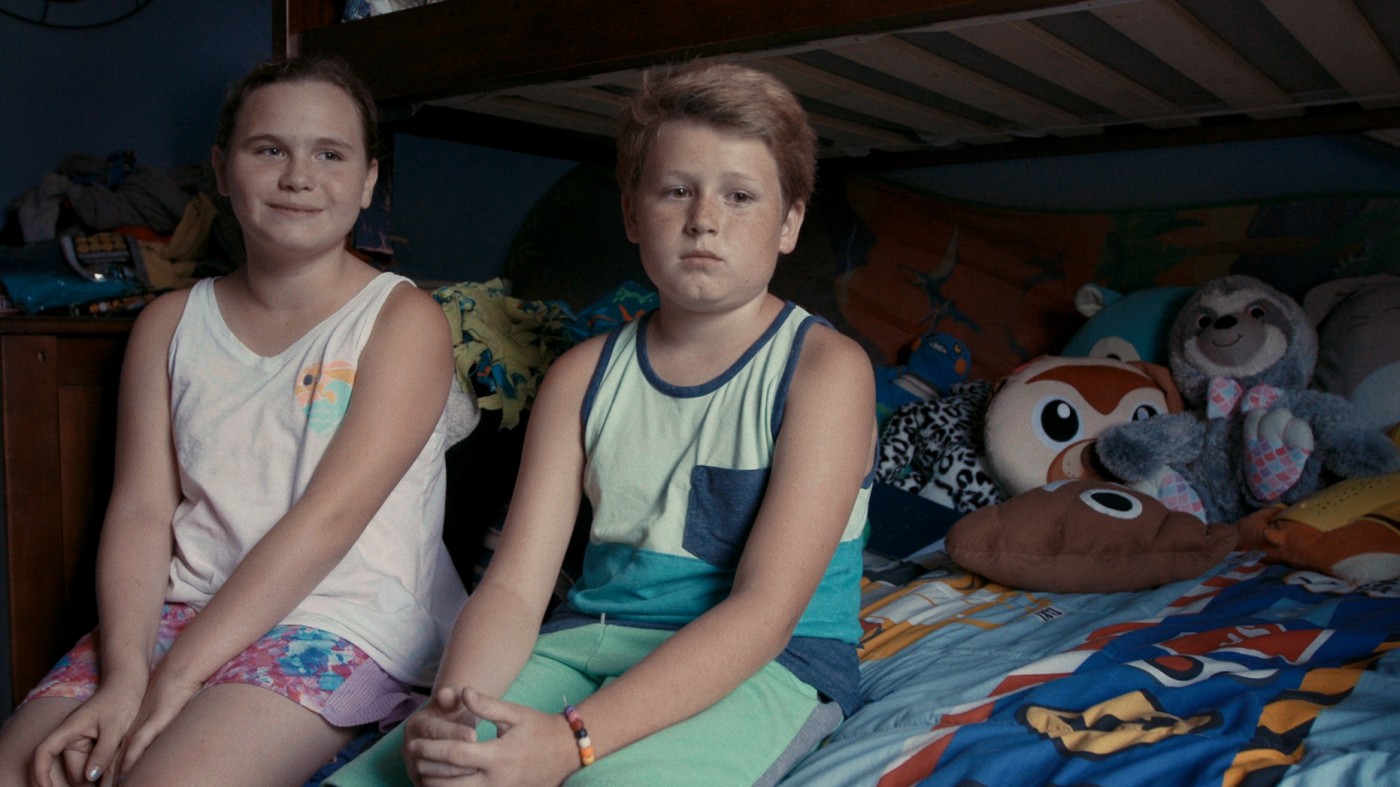 Katrine Philp’s documentary Beautiful Something Left Behind follows six children as they participate in a year of group bereavement counseling through a New Jersey program called Good Grief. At their sessions, facilitators tackle mortality without timidity or tentativeness, prompting kids not only to identify their raw emotions, but also to share about seeing their lost loved ones’ bodies after death. Though Good Grief’s activities can sometimes seem morbid—some kids play at a sand table with a toy headstone—they also present death far more directly than kids can outside this space: A few aren’t allowed to use the word “died” at home while almost all agree that their classmates treat them differently now, unsure what to say. And when new kids join the community, they’re welcomed by their peers, by and large, with an empathetic embrace that they would never find anywhere else.

The film smartly foregrounds the voices of the children. While we often hear from their families and grief counselors, the adults never speak directly to the camera, and Philp only shows them as they strive and sometimes struggle to communicate about loss with the kids in their care. Philp conducts interviews with the six central children, though, allowing each to recount the circumstances of their parents’ deaths. Siblings Kimmy and Nicky animatedly trade lines in their narrative, an act of shared storytelling that seems co-constructed both to comfort each other and to take ownership of events they don’t fully understand.

At times, though, the camera’s overeager search for symbolism undermines its honest portrayal of these children’s lives. Peter, who lost his mother in a car accident, is shown playing with a toy car and crashing it, and after the boy has moved on to his next activity, the camera lingers for a while on a shot of the upside-down toy. Beautiful Something Left Behind is prone to editorializing, zooming into such objects and seeming to press on them for psychological meaning, rather than showing the children as they build lives beyond loss. The documentary doesn’t have to do any work to convincingly demonstrate that each child’s life is irrevocably touched, in countless ways, by parental loss; too often, though, Philp seems to frame scenes as if she needs to prove and re-prove that such grief is ever-present.

But the Danish filmmaker’s symbolic gestures are mirrored in the way that families themselves rely on metaphor to process their grief and to share those feelings with children. Beautiful Something Left Behind potently shows how grownups, struggling through their own sadness, try to share grief with their children. Peter and his uncle release a pair of balloons, one for each of Peter’s parents, so they can fly to heaven together. When the balloons’ paths diverge, Peter’s uncle quickly offers an explanation: that Daddy “might know a shortcut to beat Mommy there.” A few minutes later, Peter adopts the same explanation, the balloons now fully integrated into his understanding of the afterlife: “Daddy took a shortcut.” The Good Grief program itself, with its repeated ritual of lighting candles and releasing paper lanterns with messages inside for the deceased, also turns to symbolism for healing.

It’s not until is final moving montage that Beautiful Something Left Behind shows its subjects apart from their grief, as they play soccer and frolic outdoors and laugh with their families. The possibility of life beyond loss, or rather life alongside it, while deeply affecting, shows up here only as if it is a chronological culmination that enfolds all the children into one shared timeline. But the film, even if heavy-handed in its methods, insists on taking the voices of its subjects seriously, especially as they come to recognize the limitations of the adults in their lives to help them process grief, forcing their sharpest observations forward.

“I don’t really understand why people come in my room and ask if I’m okay,” one child tells his group at Good Grief. “I always say I’m fine. What would they do if I said no?” Neither Beautiful Something Left Behind nor the grief counseling program that it depicts suggest that there’s a right answer to that question. But Philp’s documentary, taking its cue from Good Grief, boldly argues for a clear-eyed frankness in talking to bereaved children about loss, acknowledging that they, after all, are now unwilling experts in grappling with grief.