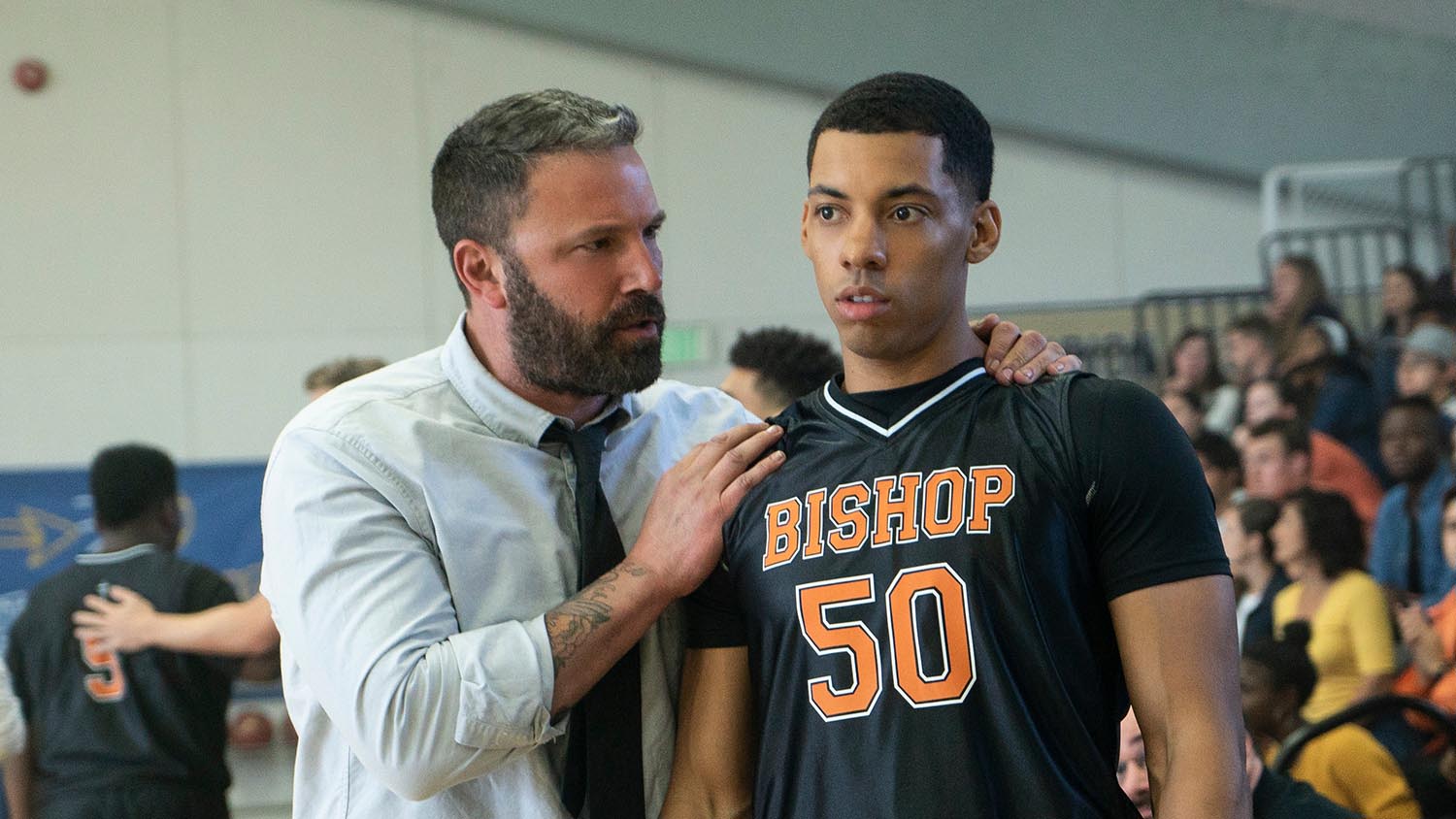 Gavin O’Connor’s The Way Back is a wrenching addiction drama trapped inside a formulaic sports movie. In its most sophisticated and surprising moments, it twists the audience’s expectations of this type of film—about a ragtag band of underdogs who rally under the leadership of a flawed but passionate coach—at times even exposing the artifice of its own genre conventions. But, ultimately, O’Connor and screenwriter Brad Ingelsby’s attempts to ground The Way Back in a sense of emotional realism is overwhelmed by their willingness to slake our thirst for resolution and hopefulness. The result is a film that makes the path to basketball glory and the road to personal redemption seem oddly effortless.

The Way Back opens with a well-observed sequence introducing us to Jack Cunningham (Ben Affleck), the former high school basketball star who’s become a drunk. Jack guzzles a cold one in the shower first thing in the morning, and as soon as he gets off work, he fills a cup full of beer for the drive home. He’s a barely functioning alcoholic who’s isolated himself from his concerned but withholding sister (Michaela Watkins) and still pines for his ex-wife (Janina Gavankar), who’s moved on with her life since their separation. These early scenes are lived-in and naturalistic, evoking Jack’s aimlessness and repressed anger without obvious cues.

Jack receives a lifeline in the form of an offer to coach the basketball team at his alma mater, Bishop Hayes High School. The team has fallen on hard times, as enrollment at the school has declined over the last couple decades. At first, he’s resistant to the idea, practicing his rejection speech over and over while getting drunker and drunker before eventually passing out; Jack’s increasing belligerence offers a sad and darkly funny showcase for Affleck’s tightly coiled yet surprisingly expressive performance. Ultimately, Jack relents and, after some growing pains, whips six shrimpy, unformed kids into an unstoppable force racking up win after win.

As a teenager, Jack turned down a full-ride basketball scholarship to the University of Kansas—an act of spite against his opportunistic father, who never took an interest in his son except when he was on the basketball court. Jack has paid dearly for that decision, spiraling downward into addiction, despair, and a total rejection of the game he once loved. The Way Back generates a compelling and refreshingly small-scale sense of emotional tension as Jack, for the first time since high school, re-enters the world of sports that he left behind, bringing his repressed rage to the game as he curses out refs and entreats his squad to throw elbows and play rough: “I will not coach a team that has been out-toughed!”

In these early scenes, O’Connor seamlessly unites the two strands of this narrative (Jack’s addiction and the team’s development), but Ingelsby’s script doesn’t quite seem to believe in the power of its own simple premise. Melodramatic subplots are piled on top of each other, including one revelation about an hour into The Way Back that feels like emotional extortion. This needless upping of the stakes comes at the expense of the film’s supposed raison d’etre: Jack’s relationship with the kids he’s coaching. Only one of the players, Marcus (Melvin Gregg), even registers as a full-fledged character, but the shy star of the team still comes loaded up with an overwrought backstory that all too neatly parallels Jack’s daddy issues.

The Way Back climaxes, as it must, with an all-or-nothing showdown against Hayes High School’s powerful arch rivals. But, in the film’s smartest and most resonant move, one that cleverly exposes the artifice of its own genre conventions, this big game doesn’t resolve much of anything. Instead, it’s merely the momentary high before Jack hits the lowest of lows. After he gets fired from the team for showing up to a practice stinking of booze, Jack goes on a bender that ends with him crashing his car, stumbling into the wrong house, and getting severely roughed up in a confrontation with the homeowner. For a moment, The Way Back seems to be the rare sports film that recognizes that the gritty glory of competition can’t solve all your problems. Ultimately, however, it succumbs to the demands of its genre, with a final passage that cross-cuts between scenes of Jack in rehab and shots of his players excitedly rallying themselves for their first playoff game by shouting, “Win this one for Coach Cunningham!”—all while Rob Simonsen’s score, which shamelessly apes Vangelis’s iconic Chariots of Fire theme, gradually swells to a mawkish crescendo.

O’Connor has a knack for rendering even the corniest sports-movie clichés with a quiet naturalism that almost makes you forget how many times you’ve seen this sort of thing before. With Miracle and Warrior, The Way Back forms a kind of trilogy for O’Connor of hard-edged male weepies about the redemptive power of sport. But where Miracle offered exceptionally realistic ice hockey action and Warrior featured bone-crunching MMA combat (along with a fair bit of overloaded post-recession social melodrama), The Way Back is oddly light on actual basketball. Aside from a well-composed set piece laying out a particular play, there’s scarcely a memorable moment of game-playing in the whole film. And, more problematic, there’s not enough to convince us of any real bond between Jack and his players. How do they get so good so fast? And what is it about coaching them that reignites Jack’s passion for life? By the end of the film, the answers to these questions remain frustratingly vague.

Review: Welcome to Chechnya Is an Uncanny Look at a Queer Genocide

Review: Made in Hong Kong Is a Gritty, If Derivative, Genre Tribute