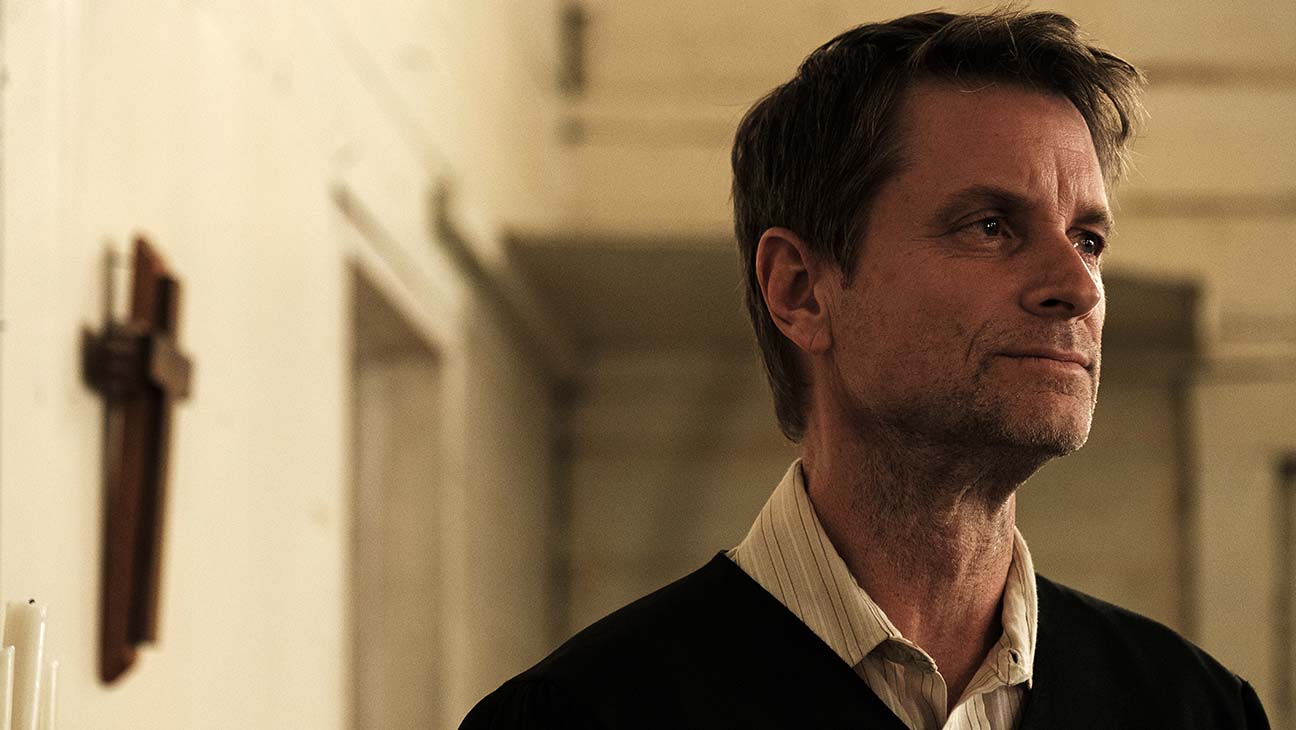 Scott Teems’s The Quarry is infused with a purgatorial aura. As in many other western noirs set in small towns, everyone knows everyone and is bored and embittered out of their minds, believing themselves to be trapped. Such towns exist, of course, but filmmakers often linger solely on the hopelessness of such settings, sustaining a pregnant, implicative mood that often grows monotonous, as it does here. When Chief Moore (Michael Shannon), the head police officer in a Nowheresville in Texas, observes that an unnamed drifter (Shea Whigham) doesn’t smile much, his line serves as an unintentional joke. No one smiles in this dusty boulevard of broken dreams, and no one says much of anything either, apart from offering curt ruminations on shame and our inability to escape our past.

In The Quarry’s first act, we glimpse one David Martin (Bruno Bichir) driving his van along a backroad before picking up the drifter. Working his way through a case of wine, David opens up to the drifter about his alcoholism and heartbreak, as well as his plan to start all over again as a preacher in a small town. These are the film’s liveliest scenes, as Bichir brings wrenching dimensions to the pain of a man attempting to transcend his own limitations; David hasn’t given up, and so he isn’t sleepwalking through a veil of misery like many of the subsequent characters. For reasons that don’t really scan, the drifter kills David, assuming the man’s identity and faking his way into preaching, despite his indifference to the church.

As such, we’re invited to intuit that The Quarry will follow the drifter as he plays the role of the preacher, and that suspense will be mined from his need to learn quickly and desperately on the job. But the man effortlessly bluffs his way through sermons, an unimaginative turn of events that could nevertheless have satirically riffed on people’s accommodating need for authority. Such a squandered opportunity, coupled with the fact that we’re given no indication of the drifter’s emotional response to his predicament, cumulatively drain the preaching sequences of life. Teems also does remarkably little with the theoretical pentagon of tensions existing between the drifter, Chief Moore, a beautiful woman named Celia (Catalina Sandino Moreno), and two young criminals who inadvertently frame themselves for David’s murder, Valentin (Bobby Soto) and his younger brother, Poco (Alvaro Martinez). After a while, it’s impossible to shake the impression that the The Quarry is all setup.

Whigham has been a startling presence in past roles, and he’s particularly wiry in this film, but Teems encourages the actor to lean too far into the drifter’s stoicism. This protagonist is a blank slate who evinces no panic at being potentially caught for his various crimes, no hunger, no humor, no lust, and who has no opinions on anything. This anonymity is probably meant to suggest an existential quandary, but such a possibility is also unmined. Bareness of personality isn’t really the film’s subject, but a pose and fetish. Meanwhile, Shannon quietly steals the film, informing Chief Moore with a subtly scary and darkly comic sense of latent violence. Eventually, we come to sense that we’ve been stuck with the wrong character as protagonist, as Shannon’s off-kilter timing brings The Quarry to sporadic life.

Review: Selah and the Spades Is a Paean to the Struggle to Be Seen

Review: A White, White Day Is a Brooding but Banal Revenge Yarn