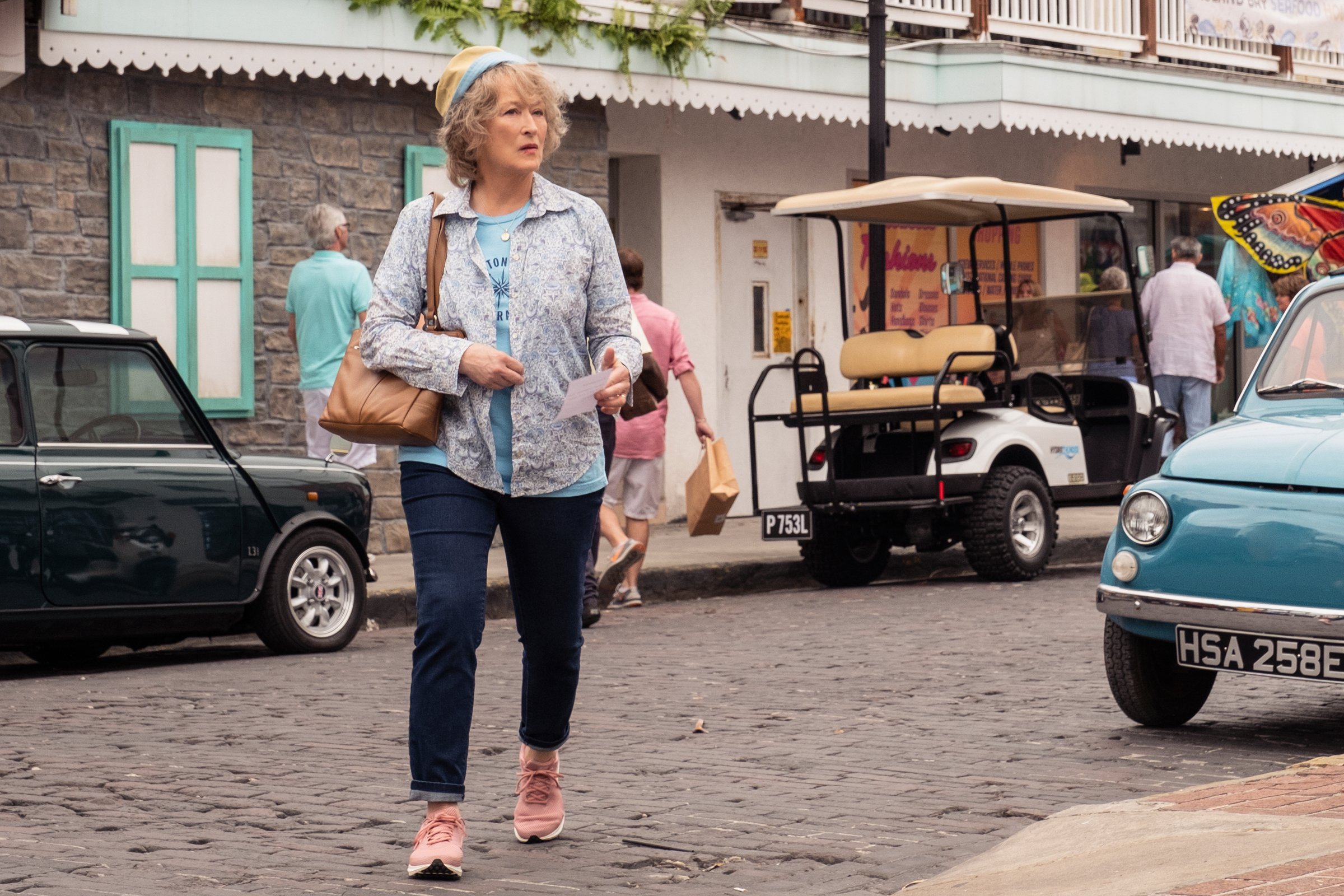 Steven Soderbergh takes a macro approach to the true-life Panama Papers scandal with The Laundromat, though the results, with rare exception, are vexingly micro. Smug one-percenters Ramón Fonseca (Antonio Banderas) and Jürgen Mossack (Gary Oldman, speaking in an uproariously broad German accent) are the often on-screen narrators of the film. They’re the heads of the Panamanian law firm Mossack Fonseca & Co., which provided offshore financial services to shady clientele (Wall Street types, arms merchants and dictators, Margaret Thatcher’s son, etc.) until a leak by an anonymous source, still known only as “John Doe,” brought the company down in 2016 and led to global repercussions.

From the showy first scene (Soderbergh once again serves as director of photography under his usual pseudonym, Peter Andrews), the dapperly dressed Fonseca and Mossack act like the wronged heroes of an ages-old saga. They pompously begin their story at the start of humanity, the two of them, like gods in tailored suits, gifting a group of cavemen the means to make fire. In the same shot, the duo descends into a gaudy nightclub where they attempt to explain, Big Short-style, the enduring power of money and the ways in which shell companies shield the super-rich from taxes. It’s a to-camera lecture that’s drier than the Sahara Desert. Though the woozy ennui that quickly sets in seems somewhat intentional, as if Soderbergh and screenwriter Scott Z. Burns, adapting Jake Bernstein’s 2017 book Secrecy World, are making the point that schemes like this are by their nature insipid and impossible to explain. The less sense it all makes, the better protection for those massive liquid assets.

There is, of course, an ample human cost to all the wheeling and dealing. Some of the money Mossack Fonseca oversaw was connected to a low-cost insurance company that sold a fraudulent policy to Shoreline Cruises, the tourist outfit behind the 2005 Ethan Allen boat accident on Lake George, in the Adirondack Mountains of upstate New York, that claimed 21 lives. Soderbergh very effectively recreates that tragedy here, focusing in particular on retiree Ellen Martin (Meryl Streep), whose husband, Joe (James Cromwell), drowns after the vessel capsizes. Ellen launches her own investigation when the insurance payout from Joe’s death proves a pittance and the “golden years” existence she hoped for slips away. (Sharon Stone pops up as an officious realtor who snatches the Las Vegas apartment of Ellen’s dreams right out from under her.) Ellen, however, is more of a recurring protagonist since The Laundromat takes a Traffic approach narratively, jumping around the globe for a series of visually color-coded vignettes that focus on different, and seemingly disparate, characters.

There’s a noirish encounter between the Ethan Allen’s bewildered Captain Perry (Robert Patrick) and the agitated go-between, Matthew Quirk (David Schwimmer), who bought the illicit insurance policy that’s landed Shoreline Cruises in hot water. Elsewhere, a ludicrously wealthy man (Nonso Anozie), preparing for a party in his sun-soaked mansion, navigates the fall-out from an affair by attempting to buy the silence of both his daughter (Jessica Allain) and his wife (Nikki Amuka-Bird) with a portfolio that’s ostensibly, but not actually, worth millions. But the best in a largely banal show is a gut-busting visit to a dusty south-of-the-border bar where Will Forte and Chris Parnell, playing characters credited as “Doomed Gringo #1” and “Doomed Gringo #2,” discuss Neil Diamond and run afoul of a cartel boss.

As in Soderbergh’s Traffic, all of these bits and pieces are connected, in this case to Mossack Fonseca’s underhanded business practices. And also like Traffic, The Laundromat flirts with and occasionally tips over into racist stereotyping, as in a chilly Far East vignette in which Matthias Schoenaerts plays a debonair man of mystery named Maywood who’s poisoned by a woman, Gu Kailai (Rosalind Chao), who has high-up connections to the Chinese government and very much acts the part of the nefarious Dragon Lady seductress.

Streep herself is involved in another kind of ethnically based narrative wrinkle, though it’s something of a spoiler to say exactly how. (Best to just note that Ellen Martin isn’t the only role that the actress plays here.) The particulars of this choice are staggeringly ill-advised. Though they do act as foundation for The Laundromat’s impressive coup-de-cinema finale in which Streep sheds several chameleonic skins and offers a fourth-wall-shattering call to arms—a bold climax in no way worthy of the flimsy film that precedes it.

Review: To the Ends of the Earth Masterfully Reckons with the Nature of Fear