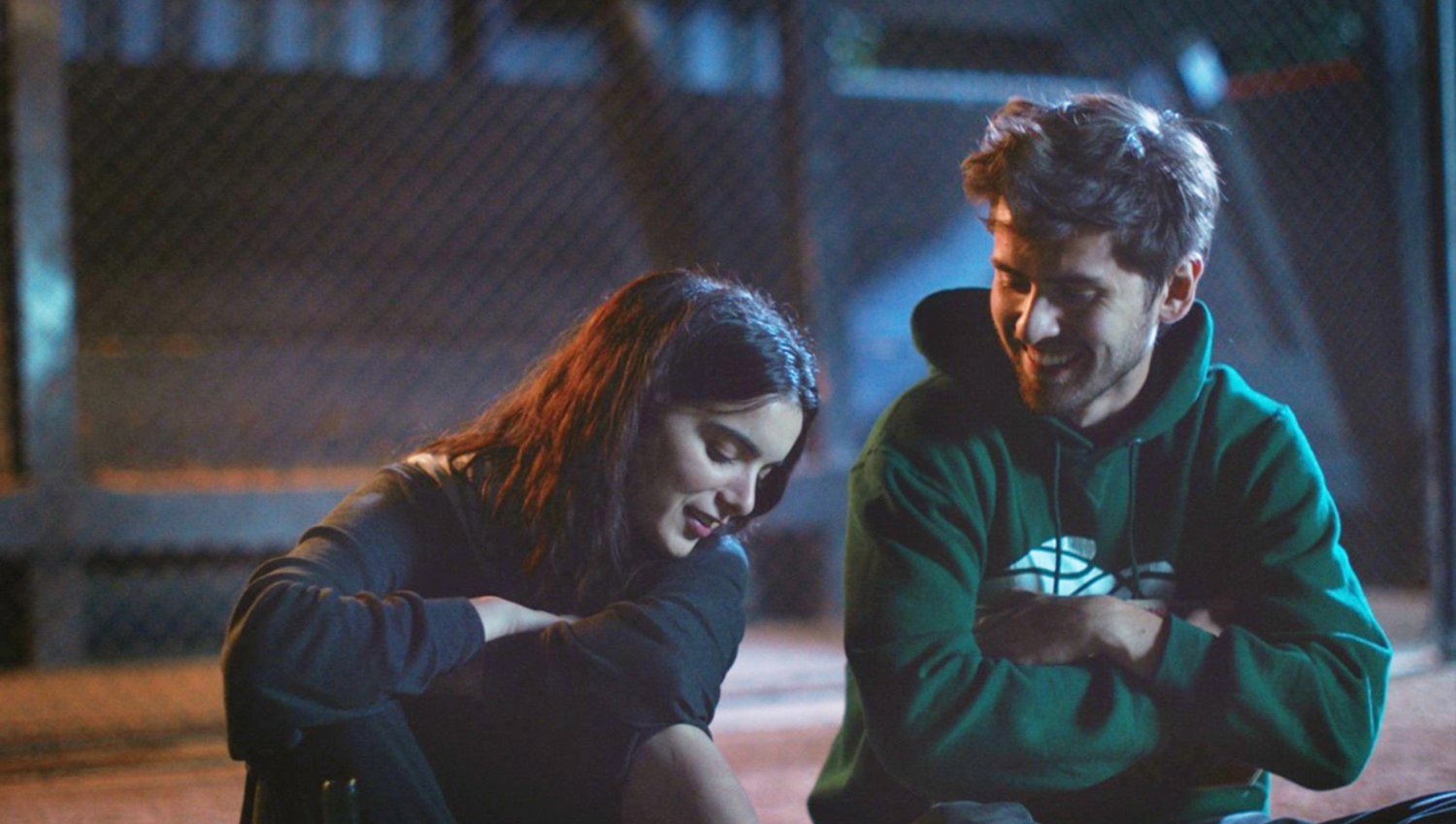 Writer-director-star Cooper Raiff’s Shithouse, with its evident mumblecore influences (Jay Duplass even has a cameo), its soundtrack of morose acoustic string-plucking, and its probing of an adrift young white man’s soul, seems to have arrived in 2020 from an earlier era. But if the film can at times suggest a West Coast-set Garden State, it’s a more emotionally mature, less grandiose examination of young people and their incipient strategies of coping with love and death than Zach Braff’s quirk fest. It captures a certain kind of college experience with a seeming veracity that, on closer examination, might just be Raiff’s devious insight into how we prefer to to imagine our college experiences.

Putting aside charges of nostalgia for now, in an anemic era for college comedies—in all, not a wholly regrettable cultural shift—Shithouse is also very funny, and in a way reliant on how Raiff’s script enhances, rather than distorts, the strange ways that young people talk to each other. Not accustomed to “adulting,” the speech of his 18-to-20-year-olds is peppered with naked observations and frank questions. Even the dopey, alcoholic bro might pipe up with a comment that comically cuts straight to the heart of the matter at hand. When lonely freshman Alex (Raiff) suggests that Maggie (Dylan Gelula) is “playing games” with him, his party-slob roommate, Sam (Logan Miller), replies, with accidental feminist wisdom, “It doesn’t seem like she’s playing games, it just seems like she didn’t want to talk to you.”

The sensitive Alex is a freshman at a mid-sized university in Los Angeles. Arguably unhealthily close to his mother (Amy Landecker) and sister (Olivia Welch)—perhaps an effect, we later infer, from the recent passing of his father—he calls or texts back home to Dallas on the slightest occasion, often inventing crises and people to talk about. His only other apparent comfort is the small stuffed wolf that he’s often seen cradling, onto which he projects his inner dialogue as he wrestles with his social anxieties. The wolf even gets the first line in the film, delivered in subtitle over a close-up of the doll: “College sucks but you’re not even trying.”

That first line turns out to be the coming-of-age lesson that Alex stands to learn from his encounter with Maggie, his sophomore RA. The two spend a night together, wandering the deserted grounds of campus after they both attend and bail on a frat party at “Shithouse” (the origins of its name are never clarified but you can guess). Raiff and Gelula have a seemingly effortless chemistry, containing more of the warmth of friendship than the heat of romance, that sells the idea that the fast bond that develops between the two over the course of a single night (and roughly 40-minute second act) could actually be lasting.

In what seems at once an archetypal and fantasy scenario of college’s minor midnight adventures—the ostensible goal is to bury Maggie’s recently departed turtle—Shithouse once again proves to contain a truth about the sociality of youth. Namely, a strong subcurrent in the film is an observation about the alacrity and intensity with which connections are formed, and the extent to which one’s life can feel to change over the course of a weekend. But this works the opposite way, too, of course—what seems an everlasting bond one night can suddenly dissolve the next—and a surprising reversal and overreaction the following day throws what might have been Alex and Maggie’s burgeoning romance into radical, cringe-comic doubt.

A film as essentially kind-spirited as its protagonist, Shithouse builds toward Alex’s realization that his approach to college needs correcting by dedicating its second half to his discovery that the people around him whom he’s dismissed are, in fact, real people. But there’s a cleanness to this growth that feels, on reflection, distinctly un-college-like. By the end of the film, Alex will be able to articulate exactly what his problem was, and decide upon the actions—even taking up exercise, a cliché that Maggie only semi-seriously tosses out as a suggestion for managing his anxiety—that he needs to take to, well, come of age, thus steering Shithouse toward its obligatory happy ending. To a great extent, then, like so many romantic comedies, Raiff’s film is a nostalgic refraction of commonly shared experience. In the end, it excels at capturing the emotional substance of what we think we remember.