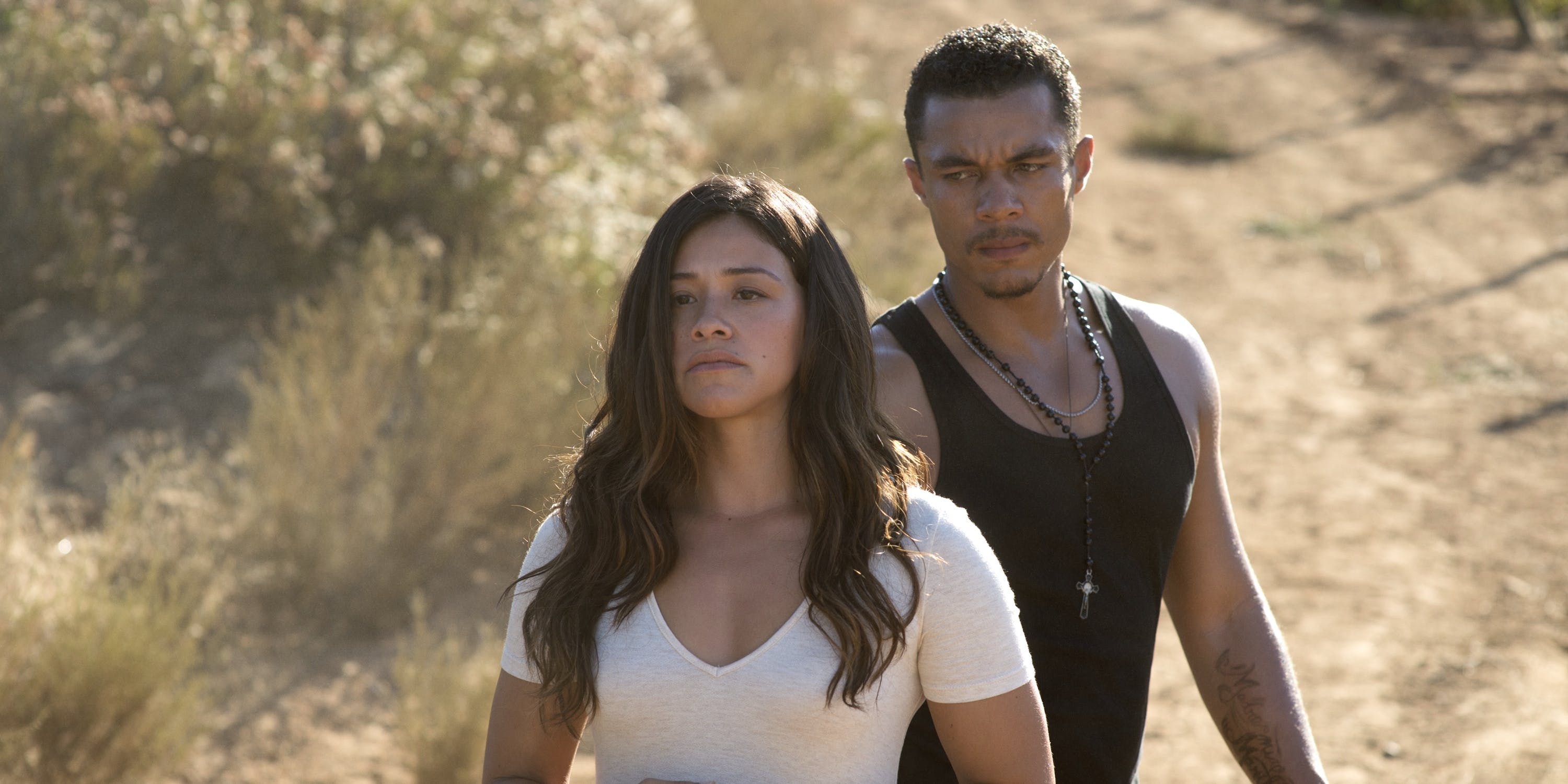 Catherine Hardwicke’s Miss Bala reframes Geraldo Naranjo’s original 2011 film of the same name—about an innocent Mexican woman who gets caught up in a drug cartel’s machinations—from the perspective of a Mexican-American woman visiting a friend in Mexico. There’s no longer an undercurrent of social critique to the story, as the Mexico of this film is merely a place of abject lawlessness, whose hellishness exists only to stoke our fascination for how the protagonist grows as a person by drawing on her inner strength.

The heroine in question is Gloria (Gina Rodriguez), a makeup artist from California who heads to Tijuana to help her friend, Suzu (Cristina Rodlo), prepare for a beauty pageant. But when a local gang shoots up a nightclub where the women are partying and kidnaps Suzu, Gloria finds herself caught in the crosshairs of the gang’s leader, Lino (Ismael Cruz Córdova), who coerces her into doing odd jobs to save both her life and that of her friend.

Much of Miss Bala’s first half is spent painting Mexico as a morass of poverty, decay, and turbulence that exists in a moral void. Apart from Suzu, every adult Gloria meets is either a criminal or a crooked authority. When she attempts to give a police officer information about the shooters, he immediately delivers her to the gunmen. Later, a glimpse at freedom in the form of a nearby American becomes a feint, a means of ensnaring Gloria with the D.E.A., who force her to work for them against the terrorist-abetting Lino. The hopelessness of Gloria’s dilemma, which plays out against a backdrop of decaying infrastructure and isolated countrysides, effectively makes the Sicario films seem cheery by comparison.

Somehow, though, this nihilistic vision of Mexico is less off-putting than the actual meat of the film, which constantly circles back to Lino, an intimidating figure who uses casual threats of violence and sexual assault to keep Gloria in line, in order to prop him up as a sympathetic figure; he, too, spent time in both the U.S. and Mexico, and as such can relate to his captive for the way she feels trapped between identities. Lino is seen as a man who has the decency to be honest about his evil, an observation so reductive that it grinds the film’s second half to a halt as it constantly attempts to justify its own mixed feelings about the character.

This being a Catherine Hardwicke film, there’s a clumsy staccato to nearly every sequence, a jumble of close-ups and medium close-ups that sees no one ever speaking off camera. The director also finds a way to fold curious song selections into the soundtrack, a move that’s paid dividends in her prior films for how those songs spoke to the pains of often strange teenage desire. But here the choice proves baffling, as when St. Vincent blasts from the speakers at the house party of a corrupt federale. Such rote exercises only underscore the hollowness of a project that’s mostly fueled by cultural voyeurism, and the film’s stupefying coda is the latest example of Hollywood refusing to make anything they cannot see as a potential franchise.