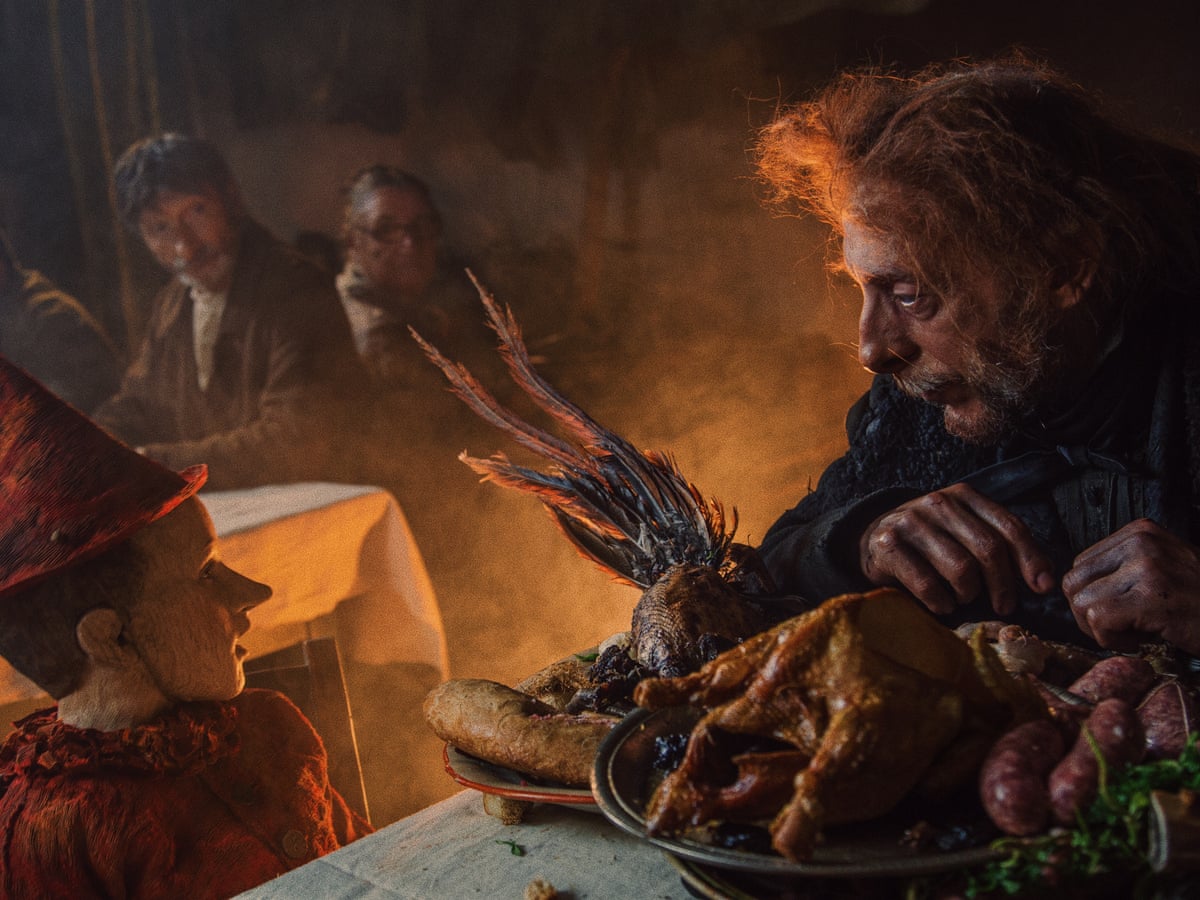 Twenty twenty-one may prove to be a banner year for Pinocchio, with both Guillermo del Toro’s stop-motion adaptation set in 1930s fascist Italy and Disney’s live-action Disney remake starring Tom Hanks slated for release. But first comes Matteo Garrone’s Pinocchio, which sets a high bar in retelling Carlo Collodi’s 1883 children’s novel with a quirky, light touch spotted with flecks of darkness. With its patches of casual violence, Collodi’s cautionary tale of a puppet trying to find his way back to his creator and become a real boy may surprise audiences familiar only with the cheery Jiminy Cricket from Disney’s 1940 animated classic: In the spirit of the original’s weirdness and harshness, Garrone’s Pinocchio (Federico Ielapi) at one point chucks a hammer at the Talking Cricket’s (Davide Marotta) head.

Garrone’s Pinocchio trembles with corporeal strangeness and unpredictability, with both puppet and animal features achieved mostly through prosthetic makeup rather than CGI. Against a backdrop of dusty Italian villages, Geppetto (Roberto Benigni) and his neighbors seem inseparable from the wood shavings and straw that cling to their clothing, and the man’s hand-carved, wooden son—played with a slowly heartwarming insouciance by Ielapi—emerges, magically sentient and instantly unruly, from that earthly landscape.

The characters in this world show up somewhere on the stretched-out spectrum between “real boy” and animal. The Fox (Massimo Ceccherini) and the Cat (Rocco Papaleo), the fraudsters who pursue what little money Pinocchio possesses with a bloodthirsty vengeance, appear as men with whiskers. The parrot-headed doctors and the gorilla-faced judge (Teco Celio) walk in waistcoated human bodies but boast creature features and limbs, recalling the well-dressed, bipedal animals drawn by the French caricaturist J.J. Grandville. Others, like the kindly Snail (Maria Pia Timo) who serves as housekeeper for a maternal Fairy (Marine Vacth), are even less humanoid; despite her human face, Snail sports a gigantic shell, a pair of antennae, and a slime trail. The sense of bodily in-betweenness unnerves most palpably when Pinocchio and his pal Lucignolo (Alessio Di Domenicantonio) transform into donkeys. They half-yell, half-bray in pain as their hooves push through their skin, veins popping as their necks expand and sprout fur. It’s a visceral, wrenching moment, devoid of any child-soothing reassurances.

The faithfulness to Collodi’s original novel also outs its robust didacticism: “Be judicious and in the future you’ll be happy,” the Fairy tells Pinocchio when she finally grants his greatest wish. Only by obeying his elders and dedicating himself to his studies can he earn the privilege of becoming a real boy, and his missteps deliver some brutal karmic punishments (beyond that searing transformation, as in the novel, the Fox and the Cat hang Pinocchio from a tree, very nearly killing him). Pinocchio’s suffering seems discomfitingly disproportionate to the crimes he’s committed; he is, after all, only perhaps a few months old at the end of the film.

But while Garrone leans into the story’s uneasiness, he also embraces an off-kilter sense of humor that keeps the film from growing repetitive. Pinocchio veers occasionally, and effectively, toward slapstick, as when a coffin-bearing quartet of rabbit men crash down a flight of stairs, slipping and sliding in the trail of slime left behind by the Snail. The dialogue is more subtly wry, with flashes of unexpected cheekiness and a pair of villains, the Fox and the Cat, whose echoey banter suggests a menacing Abbott and Costello routine.

In the film’s funniest moment—one powered by pure, silly joy—the Fairy teaches Pinocchio how to cast a spell to speed up the Snail’s voice as she reads a storybook, eliciting fits of laughter from both of them. The tender contours of that friendship—and the love between father and son as Pinocchio reunites with Geppetto—confront the film’s eccentricities with deliberate warmth: In a volatile world that doesn’t quite make sense, the way that people, and puppets, learn to care for one another can provide stability enough.

All 23 Pixar Movies, Including Soul, Ranked from Worst to Best