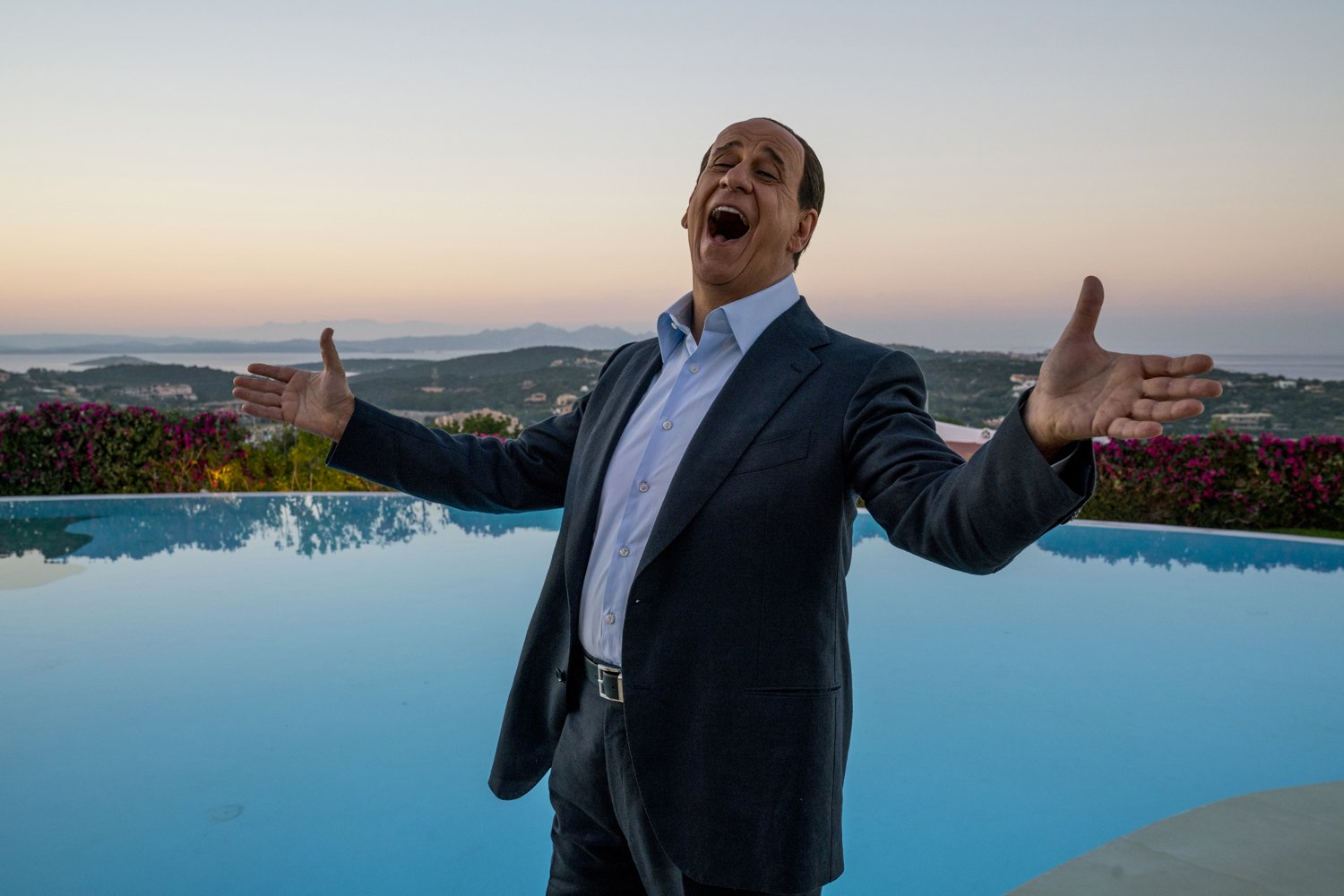 Paolo Sorrentino’s films are closer to stylistic orgies than existential ruminations on Italy’s heritage. Most of his productions are consumed in debauchery for the better part of their running times, and capped by obligatory lambasts against said behavior, which is meant to inform the narratives with “deeper” meaning. Sorrentino is so devoted to tracking shots of beautiful female bodies, to montages of drug abuse, to brief explosions of loveless, commercialized sex, that the particulars of his characters, settings, and plots are essentially interchangeable. In Loro, Sorrentino’s regular leading man, Toni Servillo, may be playing the controversial Italian Prime Minister Silvio Berlusconi, but the actor could just as easily be reprising his fictional writer from The Great Beauty for all that actually matters.

If Sorrentino were to confront the fact that he’s essentially a sensationalist, his films might achieve a kind of nihilistic purity. Loro initially promises such an about face, as its opening 45 minutes have a hard and lurid pull. At first, its protagonist appears to be Sergio (Riccardo Scamarcio), a hustler who moves to Rome and builds a harem with promises of TV roles and mountains of cocaine. Sergio is a handsome and charismatic wild man, and Sorrentino characteristically fetishizes the character’s life of anonymous sex and endless partying. The point of Sergio’s networking is vague, as he references wanting to get in the same room as “him.” This desire is realized by the beautiful and mysterious Kira (Kasia Smutniak), who urges Sergio to set his act up within eyeshot of Silvio’s sprawling property. Dramatizing these negotiations, Sorrentino stages the film’s one legitimately erotic sequence: Kira dry-humping Sergio as she talks with a power broker on her phone. This moment elegantly underscores Sorrentino’s initial interest in the intersection of power, sex, and money.

One is primed, then, for a battle of the charismatic crooks, in which Sergio falls in with Silvio—a melodramatic hook that Sorrentino leaves dangling as the film devolves into a series of disconnected sketches. (It bears mentioning that this 158-minute cut was edited down from a much longer one.) Instead, Loro switches protagonists, homing in on Silvio as he attempts to become prime minister again after the leftist party has ousted him. We learn virtually nothing about Silvio’s politics or business machinations, as Sorrentino turns the figure into another of his tortured symbols of the decadence of classist culture. At a certain point in the film, Silvio decides to flip six leftist senators over to his side so that he can regain power, a potentially fascinating process that Sorrentino reduces to one (vivid) scene and a montage. What Sorrentino doesn’t skimp on, however, is the endless pillow shots and self-conscious bids for Fellini-esque surreality. The film’s title is Italian for “Them,” potentially referencing Silvio’s demonization of the liberal press, but the plot is hermetic and sentimental.