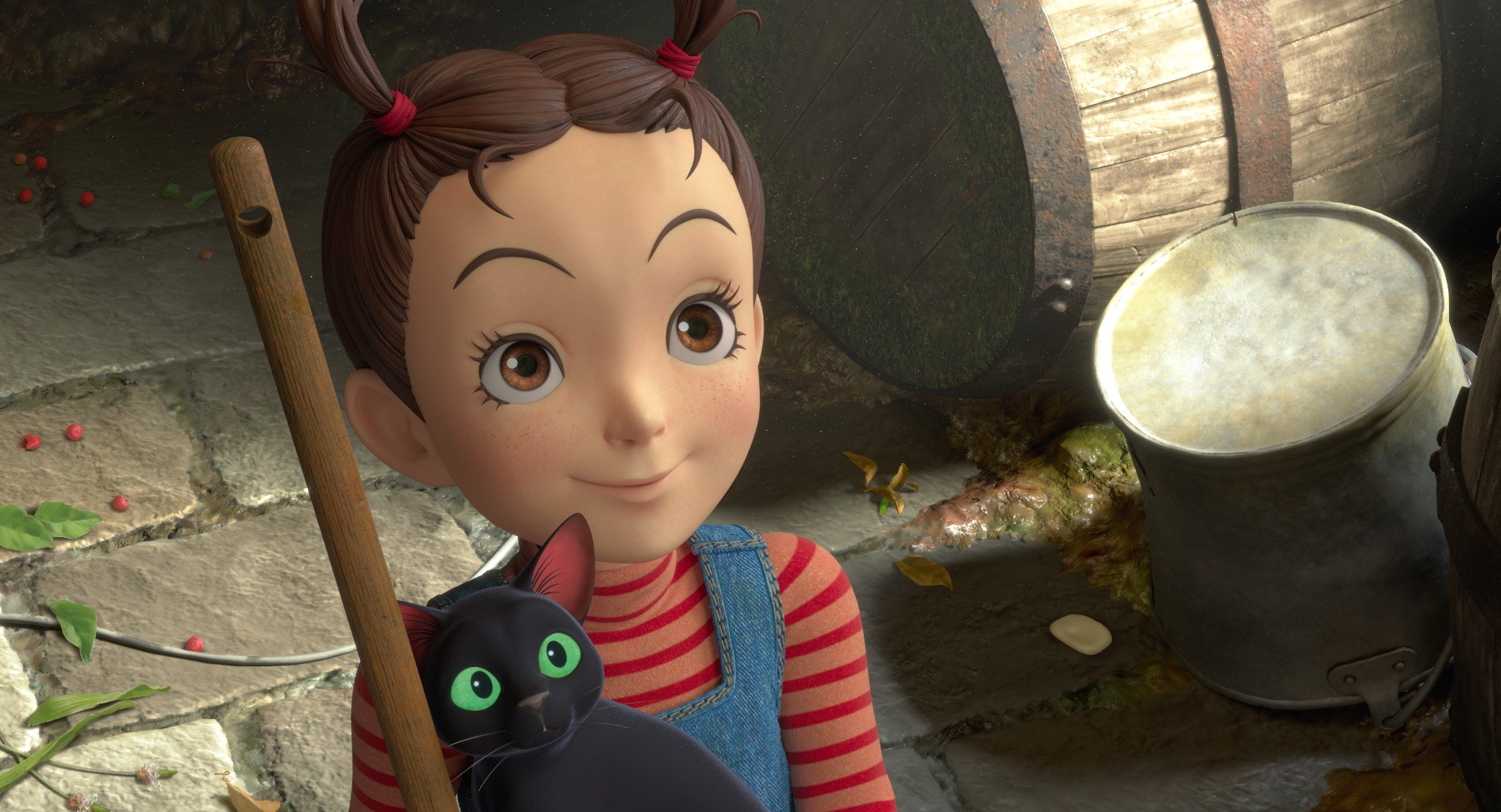 As a vanguard of 2D animation, Studio Ghibli is perhaps the most revered animation studio in the world. Which explains why the announcement that they would be making a full-length CGI film was denounced as if it were blasphemy. To hear the most fervent Studio Ghibli fans tell it, Gorō Miyazaki, whose 2006 film Tales from Earthsea is considered the runt of the company’s litter, was dragging his sainted father’s storied legacy down to hell in search of something he was actually good at. Or so, at least, the hyperbole goes. And while the resulting film will be hard pressed to sway the naysayers, the problem with Earwig and the Witch has more to do with its confused plotting than its more or less serviceable animation.

Made for television, the film is on a smaller scale than such lavish Studio Ghibli works as Spirited Away, primarily confined to a magical house that the witch Bella Yaga (Shinobu Terajima) shares with the mysterious, volatile Mandrake (Etsushi Toyokawa). Based on a children’s book by Diana Wynne Jones, Earwig and the Witch recalls another of the studio’s adaptations of the author’s work, Howl’s Moving Castle, as both conceive magic users as exceptionally messy people who require the help of children to run a business.

Here, Bella Yaga adopts the orphan Earwig (Kokoro Hirasawa) into servitude, immediately putting her to work scrubbing the filthy workshop floor, as well as preparing ingredients like rat bones and bat wings that the witch uses in mundane spells that she sells to the public. Beneath Earwig’s affable demeanor, however, is a calculating little girl accustomed to getting her way, and while she reluctantly goes along with Bella Yaga’s routine, she plots to transform her situation into something resembling the cushy lifestyle she had back at the orphanage.

Surprisingly, the film’s character designs are effectively expressive. Long-nosed and ever-irritable, the stocky Bella Yaga and spindly Mandrake imposingly tower over the impish Earwig, whose hair tufts look like horns and face shifts from wide-eyed innocence to beady mischievousness whenever she’s displeased or scheming. Consistent with many a Studio Ghibli feature, the rooms here are fabulously cluttered and the food is rendered in sumptuous detail—though not even the house of Miyazaki can make shepherd’s pie look appealing.

Still, a certain a figurine-like stiffness keeps Earwig and the Witch from capturing the sense of life and specificity that runs through the best 2D animation, or even another (admittedly higher-budgeted) 3D anime film like Takashi Yamazaki’s Lupin III: The First. But, in the end, Earwig and the Witch mostly goes wrong by intertwining the struggle against Bella Yaga with details about Earwig’s mother (Sherina Munaf), who left the infant girl at an orphanage with little more than a note and a music tape. On that tape is the film’s big song, on which Earwig’s mother sings and plays guitar alongside a younger Mandrake and Bella Yaga. For some reason, the story never totally clarifies whether the characters are aware of these connections, or whether they matter to any other aspect of the film’s plot. All they do is raise more questions. Was Earwig, for one, adopted by chance or because she’s the daughter of an old acquaintance?

While these plot threads ultimately take up little of an already-brief runtime, their inclusion only confuses an otherwise simple film, leaving the whole thing feeling slapdash and unfinished in ways that don’t appear to have anything to do with the choice of animation style. Though many expected Earwig and the Witch to call Gorō Miyazaki’s animation instincts into question, the film casts far more doubt on his basic ability to tell a story.

Review: Judas and the Black Messiah Is a Blistering Indictment of Hoover’s F.B.I.