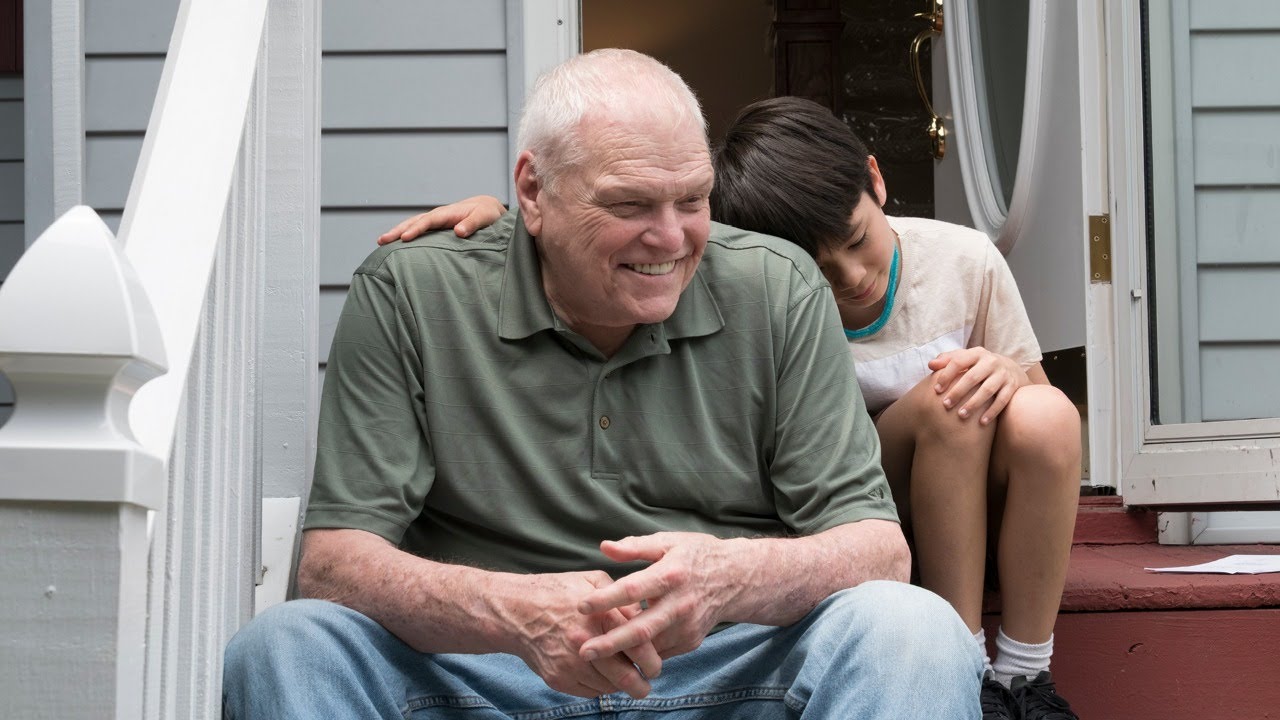 Upon arriving at the home of his recently deceased aunt, shy and sensitive eight-year-old Cody (Lucas Jaye) is haunted by the specter of death. And not only within the walls of this cluttered abode, where he and his mother, Kathy (Hong Chau), unexpectedly spend part of their summer, with Kathy forced to perform the thankless task of clearing it of everything her estranged older sister left behind. Death also looms large over the Korean war veteran and widower, Del (Brian Dennehy), who lives next door in near solitude, as well as his army buddy, Rodger (Jerry Adler), who’s beginning to show signs of dementia. But while death touches each of these characters, it’s their regrets over past mistakes and anxieties about the future that ultimately lie at the heart of Andrew Ahn’s acutely observed Driveways.

The film begins as a seemingly simple coming-of-age story about a boy struggling to make friends in a new neighborhood. But it switches gears once Cody develops an odd but sweet kinship with Del, whom the boy gravitates toward more naturally than the neighborhood kids. Through this intergenerational connection, and the sense of unmitigated acceptance that Cody—who may or may not be queer—experiences along with it, Ahn homes in on the pangs of loneliness that draw the two characters together. Refreshingly free of the quirky shenanigans one tends to expect from indie dramedies of this ilk, Driveways keenly surveys the ebbs and flows of daily life as Cody and Del discover and tend to their deeply felt bond.

The initially grouchy Del quickly warms up to Cody and Kathy, at one point offering to watch the boy when his mother is busy and eventually sharing his electricity with them when he learns that theirs was cut off. Though Del’s connection to Cody appears to arise organically, once the man’s lesbian daughter, Lisa (Samantha Jones), arrives on the scene and we catch flashes of animosity between them, it’s understood that Del is working through his regrets over his fractured bond with his daughter through his budding relationship to Cody. This is a film that operates in a leisurely, low-key, and rather earnest manner, allowing us to draw our own conclusions about its characters through a fixation on life’s quotidian details: Cody quietly burying the dead cat that he and his mom discover in the tub; Del peeling off the aluminum foil from his microwave dinner he eats by himself; and Kathy coming to terms with the realization that she never really knew her sister and, now, never will.

Such scenes carry the film along an undercurrent of melancholy, but Ahn’s empathy and tenderness for his characters is such that Driveways never wallows in misery. In fact, moments of sadness often brush up against moments of joy throughout the film. In a particularly lighthearted yet poignant sequence, after no kids show up to Cody’s birthday party at the local roller rink, Del arrives and takes Cody and his mother to a Veterans of Foreign Wars post for bingo night, which ironically ends up being closer to the kid’s idea of a good time anyway. Del’s inclusion of Kathy and Del in the typically closed proceedings of the V.F.W. speaks to the film’s interest in watching people be drawn into surrogate bonds. Driveways is about the pain of being lonely and different, about people leading lives of quiet desperation, and its devotion to the belief that kindness can be a balm for almost any hurt is deeply moving.

Review: A Good Woman Is Hard to Find Is a Rare Bird, Until It Isn’t