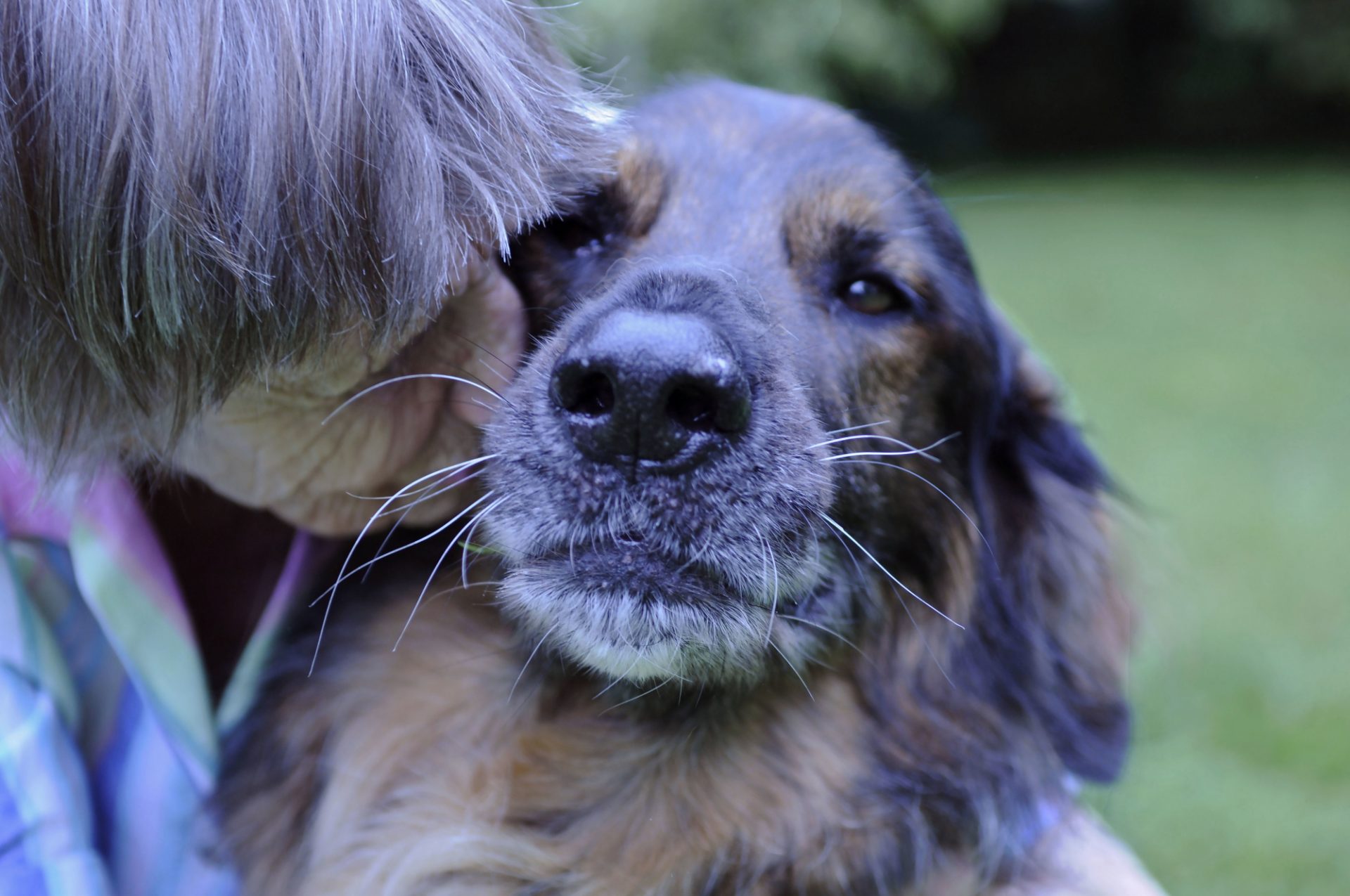 Heddy Honigmann’s Buddy is something like porn for dog lovers, following six specially trained canines as they help their owners live with various physical and mental traumas. The documentary’s great appeal and limitation are soon revealed to be one and the same. Honigmann and editor Jessica de Koning admirably refuse to shoehorn these people and animals, inhabitants of the Netherlands, into a contrived plotline. The filmmakers are devoted to capturing the everyday communion between dogs and humans, but to the point of filtering out other elements of life, including basic and pertinent details of the needs and experiences of said humans. Buddy is only concerned with dog love, which is occasionally cordoned off by the filmmakers into a sentimental bubble.

Watching a white dog named Kaiko as she helps her elderly and wheelchair-bound human, Erna, make coffee in the morning—opening and closing drawers and fetching objects with amazing acumen—one may wonder about the nature of Erna’s predicament, which is never disclosed. One may also wonder what breed Kaiko is. (Throughout the film, Honigmann takes the viewer’s knowledge of breeds for granted, telling us virtually nothing about any of the featured dogs.) Later in Buddy, when Kaiko helps Erna remove her socks, we see that one of Erna’s feet doesn’t have toes and is twisted at an odd angle. This is a joltingly privileged moment for Erna and Kaiko, and Honigmann films it with a sense of rapture and respect that’s quite moving, yet more context would’ve grounded such scenes in specific, tangible details. If we knew what ails Erna, our curiosity wouldn’t be encouraged to compete with our empathy. A similar vagueness clouds Trevor, the film’s most troubled subject, a soldier with PTSD who’s helped greatly by an adorable big brown fur ball named Mister.

If Buddy sometimes succumbs to generality, its love for dogs still yields aesthetic rewards. Honigmann doesn’t compromise the dogs’ inherent nature with cuteness; she doesn’t “humanize” them for us with music and pillow shots of animals smiling and yawning for the camera. The filmmaker is viscerally alive to the dogs’ movements, to how their body language expresses their emotions. The pride Kaiko takes in helping Erna in the kitchen is intensely poignant, as is the piercing way she regards Erna in an effort to read her human’s needs. Mister is similarly aware of Trevor’s torment. When Trevor’s wife leaves a park bench, Mister becomes more alert, or “on duty.” Mister understands that he and Trevor’s wife alternate “shifts” watching Trevor, and Honigmann brings this information to bracingly lucid visual life.

Honigmann films the other dogs with similar care and awe, particularly Makker, who helps Edith, an elderly woman who lost her sight to a German bomb as an adolescent. Edith is the most memorable of the documentary’s human subjects, because Honigmann allows her to offer the audience a significant amount of backstory. Edith strides the countryside with astonishing confidence, and continues to ride horses even as a blind person pushing 90. In one of the film’s most exhilarating sequences, Honigmann cuts to footage of Edith riding a horse as a younger woman while her first dog races around the track behind them.

In this moment, the devotion of the dog and the unity of Edith with her animals while in flight is nothing less than transcendent, and Honigmann rhymes such a sequence with the transcendence of everyday gestures, following Makker in a tracking shot as she catches up to Edith after relieving herself by a tree. Honigmann is alive to the beauty of a dog in motion, and of a woman who hasn’t allowed herself to be stymied by atrocity.

Buddy may follow special service dogs, but it’s implicitly concerned with the macroscopic miracle of the animals. Dogs are beloved for offering an ideal of tolerance, representing a democratization of friendship. Not all of us can be accepted by our fellow humans, but we can be loved by dogs if we’re willing to meet them even a quarter of the way. Do dogs allow the disenfranchised to give up on their own species? It would appear that some of Buddy’s humans have indeed written off their fellow people. Does this matter? Honigmann’s film doesn’t plumb this potentially resonant question, as it’s hesitant to look a gift dog in the mouth.

Review: Ognjen Glavonic’s The Load Is an Oblique Portrait of the Toll of War

Review: Ramen Shop Is a Low-Calorie Take on a Rich Culinary Tradition