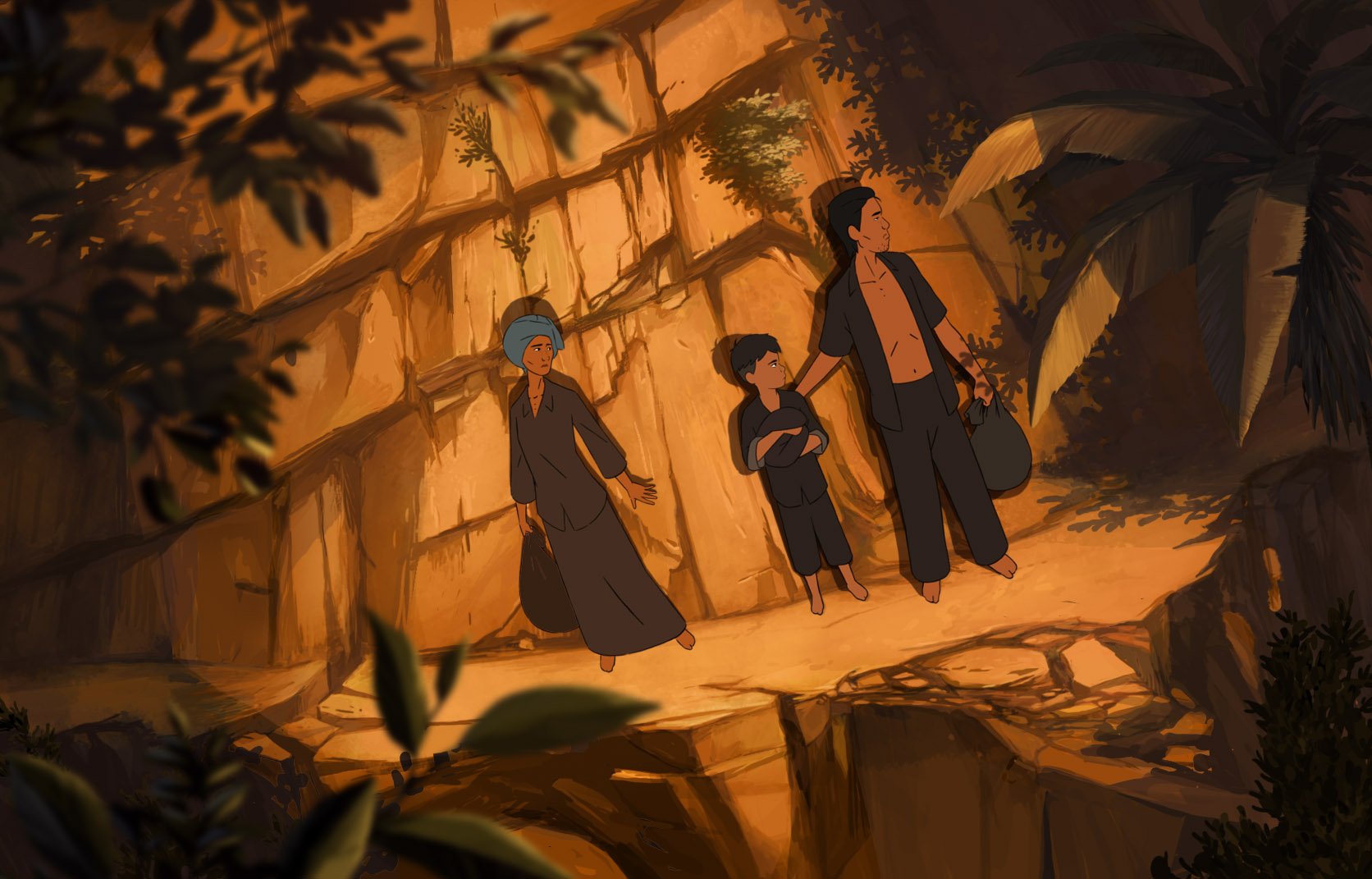 “The Holocaust was life without light,” Steven Spielberg, reflecting on Schindler’s List, once remarked. “For me the symbol of life is color. That’s why a film about the Holocaust has to be in black and white.” Denis Do’s Funan isn’t about the Holocaust, but rather an event of comparable cruelty and horror: the Cambodian genocide enacted by the Khmer Rouge. Yet, in its modest, unaffected way, the film offers a rejoinder to Spielberg’s rather circumscribed view of depicting historical tragedies, counterbalancing the grim, despairing events of its narrative with vivid hand-drawn animation. Do has a particular eye for the bucolic splendor of rural Cambodia: rolling clouds reflected in flooded rice paddies, blood-red sunsets behind tall mountains, the enigmatic aura of an abandoned temple. Do recognizes that nature perseveres even when bearing witness to great human suffering.

A harrowing, if overly conventional, tale of a family wrenched from their comfortable existence in mid-‘70s Phnom Penh and forcibly relocated to a labor camp in the Cambodian countryside, Funan is inspired by the true story of Do’s mother, who escaped her homeland in 1979. While on the long, grueling march to their new home, which includes periods of near-starvation and a treacherous walk through a river laced with landmines, Chou (Bérénice Bejo) and her husband, Khuon (Louis Garrel), lose track of their four-year-old son. The rest of the film is structured around their quest to find him and hopefully flee to nearby Thailand.

Though based on Do’s mother’s reminiscences, as well as interviews with other survivors of the genocide, there’s a frustrating generality to Funan. An opening montage set to Sinn Sisamouth’s psych-rock classic “Because of You” breezily evokes the freedom of pre-Pol Pot Phnom Penh, but once the film transitions to the forced labor, brutal violence, and repressive propaganda of the work camps, it starts to lose its sense of specificity. As harrowing as the events depicted in the film are, there’s a sense of familiarity to them. The Khmer Rouge are portrayed with such one-dimensional cruelty and criminality, their anti-imperialist talking points so obviously cynical and contrived, that they never ring true as human beings.

What brought these people to power? What do they hope to accomplish? And why are they so savage? No answers are forthcoming. There are hints that the film will scale itself to the broader historical context of this era—such as the depiction of the Khmer Rouge guards as having darker skin than the people they take prisoner—but the screenplay never elaborates on the ethnic strife the undergirds the Cambodian genocide. Instead, the film offers little more than a dramatically rote tour through a host of grim scenarios, including hunger, executions, and suicide. Do shows admirable restraint in his depiction of these events, keeping most of the violence off screen and thereby denying the audience the lurid thrill of bloodshed, but Funan ends up reducing the atrocities and historical complexities of this era in Cambodia’s history to a poignant but hopelessly clichéd story of survival in the face of adversity.

Review: This One’s for the Ladies Has Something to Say About America

Review: The Last Black Man in San Francisco Is an Offbeat Elegy for the Past