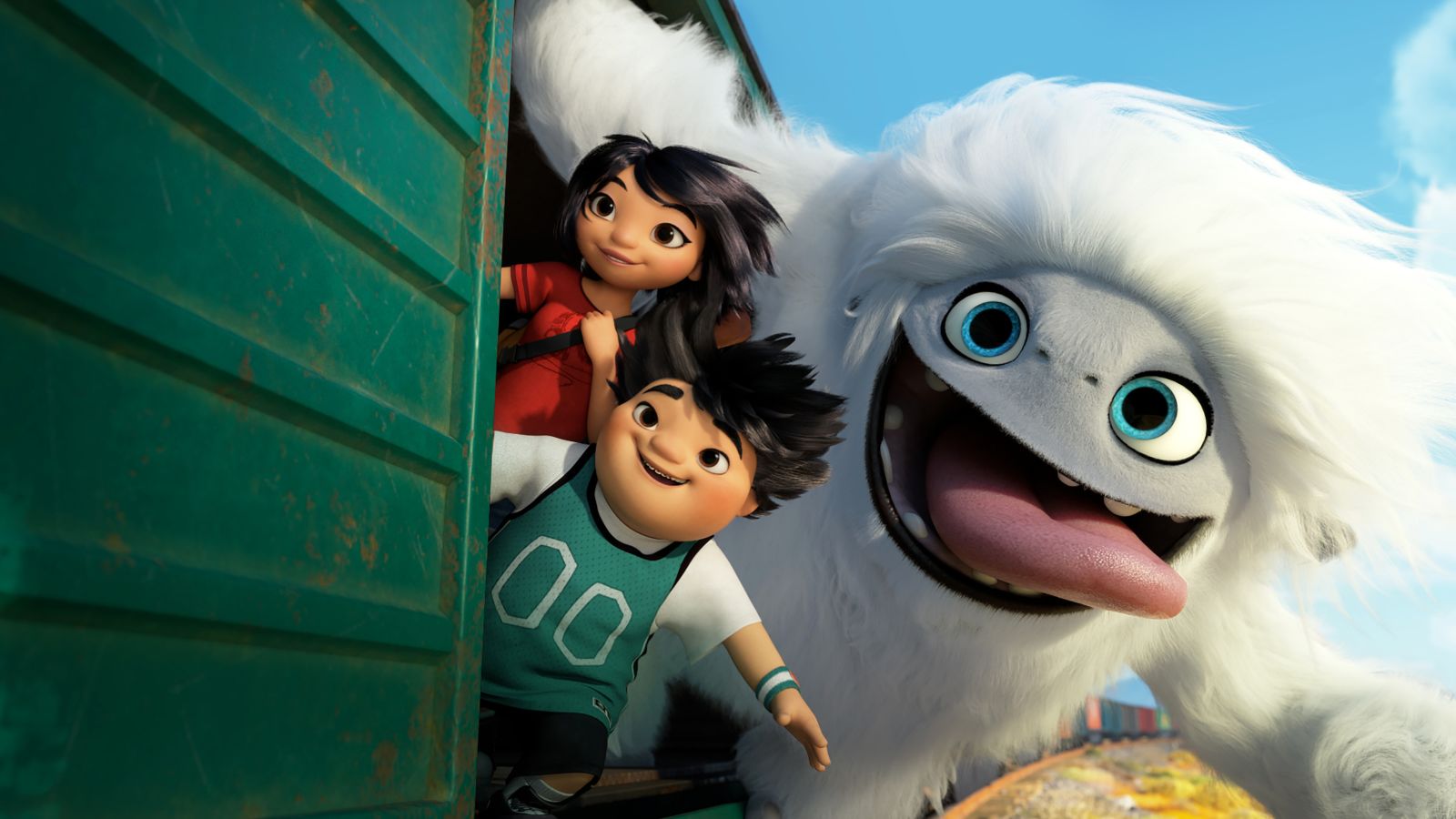 Writer-director Jill Culton’s Abominable is, by and large, a gene splice of How to Train Your Dragon and Ice Age, with its nefarious corporate-military villain drawing comparison to Incredibles 2 and its quirky background animal characters recalling the Madagascar series. By replicating proven formulas, some of them originally its own, DreamWorks Animation is no doubt counting on at least subliminally calling these other films to mind, but for the first half or so of Abominable, Culter’s screenplay effectively deflects the sense that the film is driven by marketing calculations. Yes, one of its protagonists resembles nothing more than a very cute plush doll, but a fine first act lays down a groundwork of emotional realism that elevates what might otherwise be taken as just another kid’s movie.

Abominable opens promisingly, with Yi (Chloe Bennet), a teenage girl living in a Shanghai apartment with her mother (Michelle Wong) and grandmother, Nai Nai (Tsai Chin), closed off from the world in the wake of her father’s death. Nai Nai, a diminutive Chinese-grandmother type who’s critical and loving in equal measure, worries that Yi finds any excuse she can to be out of the home. Even inside the apartment, she’s found ways to be elsewhere, having built a secluded fort on the roof of their building, where she continues to play violin, despite professing to her mother that she has given up the hobby she shared with her father.

Yi’s inner conflict, the inability she feels to cope with and fully grieve her father’s death, is vividly drawn and immediately recognizable, and despite being presented in simplified terms that the film’s intended young audience can comprehend, it doesn’t lack for poignancy. Culter finds in Yi’s violin playing an expressive device for conveying the girl’s unspoken pain, and there’s a beautiful sequence of Yi playing in the solitude of her rooftop hideout, framed against the Shanghai night sky. It’s there that she discovers the yeti she will eventually dub Everest, who’s hiding out from the forces of the nefarious Burnish Industries, whose aged head honcho—identified only by the mononym Burnish, and voiced by Eddie Izzard—is hunting the snow monster as a way of recapturing his ice-climbing youth.

Ultimately, Culton’s film lives and dies by Everest. Suggesting a cross between a polar bear and dog, he’s covered in meticulously rendered white fur, and his oversized blue eyes and gap-toothed underbite are guaranteed to activate the cuteness-receptor neurons in your brain. He doesn’t speak, but growls rather intelligently and, more remarkably, hums with the deep, resonant voice of an upright bass. When he does so, he magically affects natural objects: Initially, Everest makes things grow (a flower blooms, blueberries sprout), but as Abominable goes on, his powers become essentially boundless, morphing to suit the situation or, quite overtly, to realize some spectacular concept art, as when Everest, Yi, and her friends Jin (Tenzing Norgay Trainor) and Peng (Albert Tsai) take a ride on some dolphin-shaped clouds.

Yi, Jin, and Peng shepherd Everest all the way across China and toward the Himalayas, the home from which the young abominable snowman was taken. And they’re pursued the whole way by Burnish and his company’s resident zoologist, Dr. Zara (Sarah Paulson), who professes to believe that capturing the animal will help protect him. As the three children and the yeti make escape after escape, each set in iconic Chinese landscapes and always enabled at the last minute by Everest’s ever-changing powers—the most fun effect of which is a giant dandelion they use to waft away on the wind—Abominable grows repetitive, and the second half’s series of hollow visual spectacles foreground the film as a corporate product.

The film’s outcast-teen-meets-outcast-creature formula serves to motivate a journey that includes beautifully rendered depictions of well-known Chinese locations: the Yangtze Valley, the Gobi Desert, the Leshan Giant Buddha. Touristic photographs even play an important role in the plot, as Yi comes to understand through one photo that her adventure has realized her father’s trans-China dream trip. The film promises that the real places are even more magical than they appear in such mementos, though the sense of wonder conveyed by its images have less to do with the majesty of nature than they do with the mystic power of the commodity fetish. Something rings false about Burnish’s eventual reformation, the humility before nature that he professes while standing before the film’s depiction of a beautiful and untouched Mount Everest—an image that, these days, only exists in the fantasies of the tourism industry.

Review: The Death of Dick Long Is a Madcap Reckoning with Male Fragility

Review: First Love Is a Well-Oiled Genre Machine, As Bloody As It Is Haunting