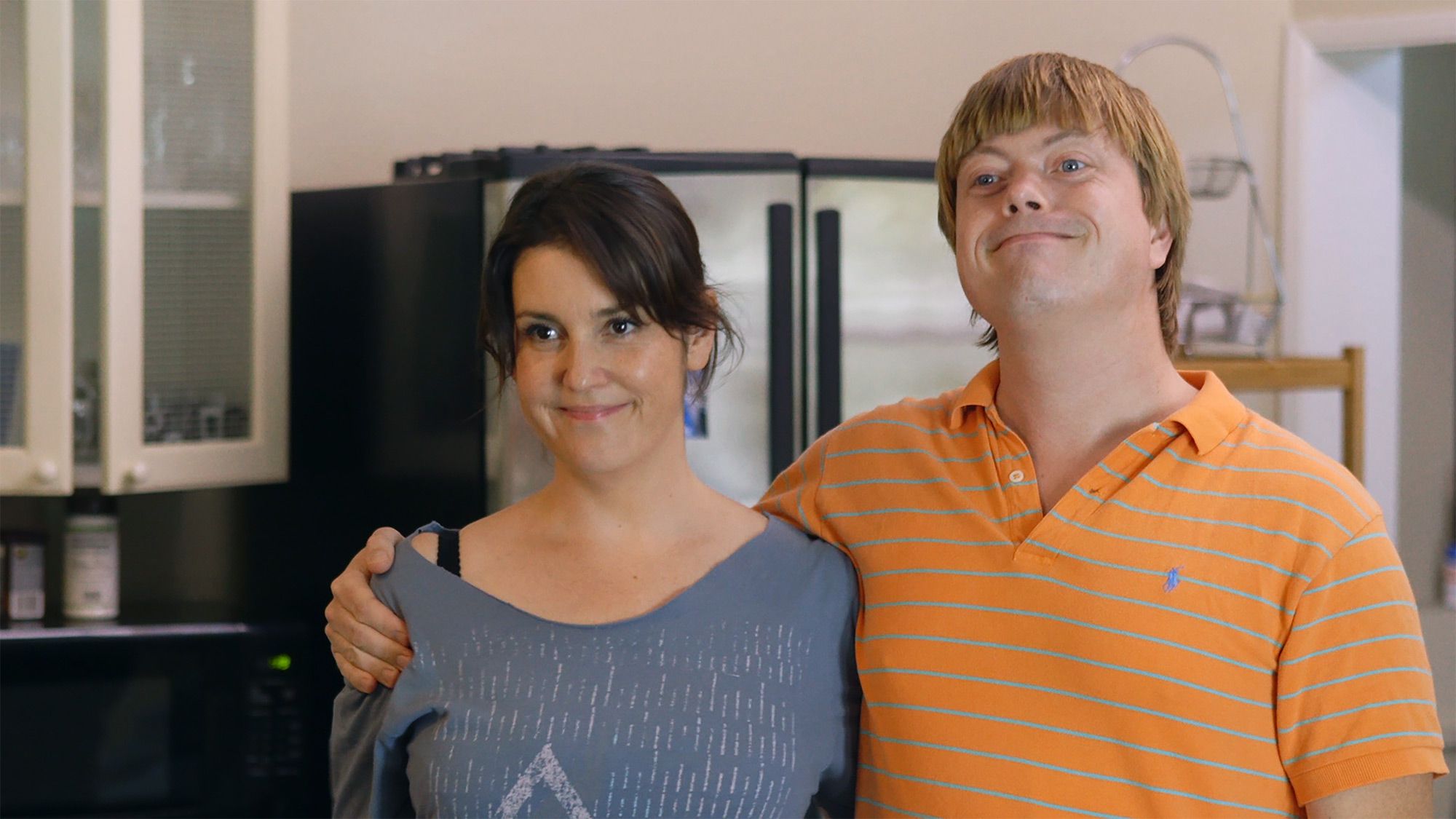 Linas Phillips’s Rainbow Time investigates the nuances of contemporary relationships in the same painfully honest fashion as the films of executive producers Mark and Jay Duplass. Phillips himself stars as Shawn, or Shonzi as he’s often called (because of his fondness for the Fonz from Happy Days), a mentally challenged amateur filmmaker whose contentious relationship with his self-absorbed brother, Todd (Timm Sharp), routinely threatens Todd’s new romance with the sensitive Lindsay (Melanie Lynskey). Phillips perceptively explores the tension between the amiable Shonzi and serious Todd, and how, as brothers, they provocatively and humorously get under each other’s skin—though this interplay of contrasting behaviors offers a level of idiosyncrasy that the film’s too-conventional narrative ultimately skimps on.

Phillips doesn’t fixate on Shonzi’s handicap or use it as a tool to garner audience sympathy, though he appears to understand the character’s objectifying perception of women to be in part an extension of his impaired mental faculties. Rainbow Time is at its most interesting when observing the collision between its various characters’ sensibilities, and especially the relationship between Shonzi and the feminist Lindsay, whose advice about women throughout the film cumulatively affects Shonzi’s maturation, leading him to regard the women he encounters with genuine empathy.

Still, the manner in which Rainbow Time grapples with the ethics of Shonzi’s behavior is indicative of how Phillips resolves his various other narrative strands. At one point, Shonzi is arrested following an altercation with a man who acts sexually aggressive toward his girlfriend. That Todd sees it fit to have his brother arrested is an inexplicably cruel act that exists only to see Todd eat humble pie after the girl finally corroborates Shonzi’s truthful account of what transpired. And in another dubious subplot, Todd is understood to only be able to get off while watching videos of himself with Lindsey—a fetish that’s miraculously overcome with as little as Todd deleting a sex video from his phone. In short, Phillips’s contrived sense of follow-through betrays the truthfulness of his initial characterizations.