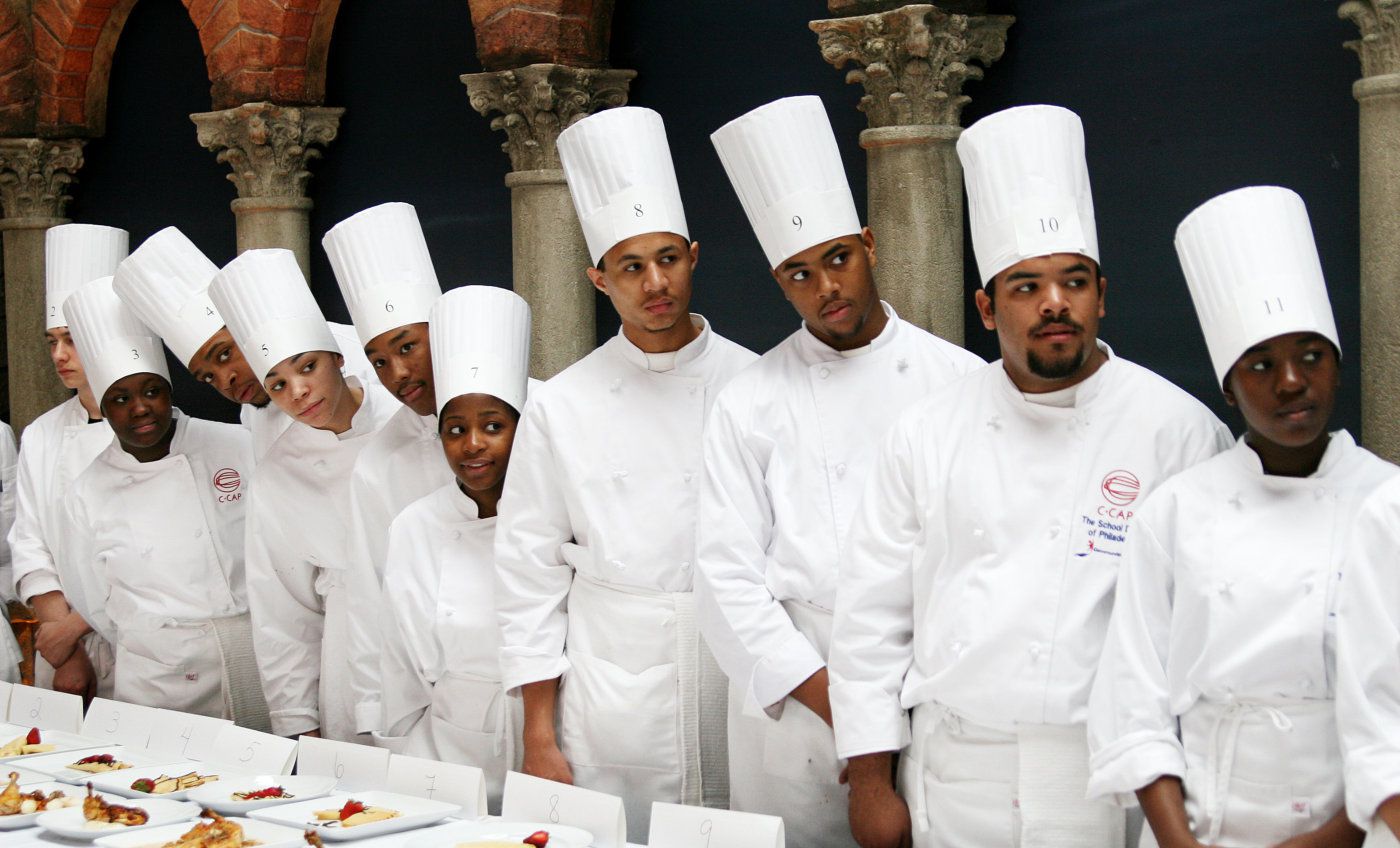 In a scene that precedes even the main titles of Pressure Cooker, a bony, middle-aged black woman sporting the last remnants of a youthful afro lugs a bulky sterilite container of kitchen supplies through a darkened high school at dawn. This inconspicuous act—a token of sincere devotion, we soon learn—forms an essential exposition to the story of Wilma Stephenson, a “tough love” firecracker of an inner-city culinary arts teacher who makes Gordon Ramsay seem as innocuous, and pedagogically inept, as the simpleton human puppet protagonist of Ratatouille. Not five minutes into the documentary, Stephenson is lecturing her latest group of elective students with the hell-hath-no-fury Ebonic colloquialisms of Nina Simone on an in-studio tirade and the stentorian surliness of R. Lee Ermey barking out barracks commands.

This emaciated Trunchbull isn’t all fire and brimstone, of course (she quickly reveals a bawdy, emasculating sense of humor that catalyzes a locker-room rapport between her and her bull-headed male pupils), but directors Mark Becker and Jennifer Grausman make it clear early on that the stern, abrasive atmosphere serves a purpose. In Philadelphia, culinary scholarships are one of two sole ways underprivileged high schoolers can secure funds for a college education (the other being athletics drafts). Ironically, Stephenson’s formidable challenge, and the manner in which she surmounts it, becomes the primary source of the documentary’s tension and its comedy: Her failure to inspire ambition in a student could very likely initiate lifelong socioeconomic adversity, so she has no choice but to assume the contradictory roles of both mother and bully.

Stephenson doggedly dominates the film’s first half with belligerent charisma, but if she represents the blindingly strong-willed “documentary gold” of Pressure Cooker, her shrewd, diligent students are the sociological pay dirt. Despite structuring their movie around a statewide culinary competition, Becker and Grausman smartly acquaint us with the members of the class who possess the most interesting stories rather than those who will achieve the most tear-jerking wins. The unhurried editing ambles along its semester-length timeline, deftly punching in footage of the teenagers at home—some with handicapped siblings and dysfunctional parents—discussing their long-term aspirations or prom plans. This crosscutting suggests the cadence of a casual conversation between the respective domestic and educational lives on display, and emphasizes the role that food plays in each of the characters’ maturation. One of Stephenson’s most unlikely protégés is a proud, stocky athlete, and the sight of his burly digits daintily slicing and stacking cucumber for a Mediterranean salad is a playfully implicit metaphor for how cookery balances his kinesthetic prowess.

At the denouement, the film’s subtle, rhythmic probing violently collides with what is essentially a weepy, maudlin advertisement for C-CAP’s culinary scholarship program, but even here the filmmakers maintain their predilection for nuance. In the most praiseworthy example, the camera never once flinches before the (comparatively) bourgeois backgrounds of some students who are competing for the same academic opportunities as those who impecuniously inhabit one-bedroom apartments. Unlike the United States’s dismal university application process, this documentary is breathtakingly equal opportunity in its search for human poetry.