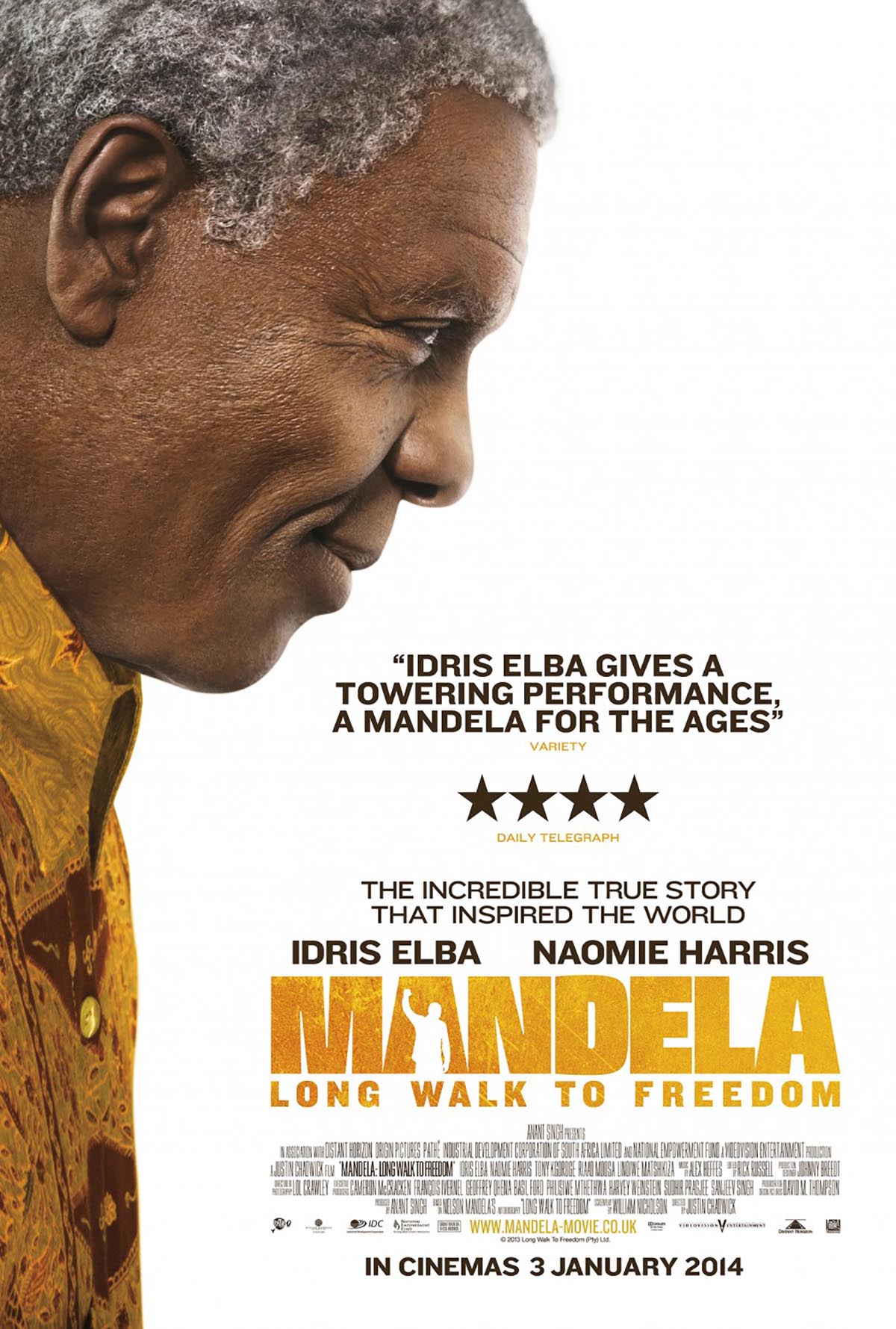 So far, Mandela: Long Walk to Freedom looks as though it could be the best film yet about Nelson Mandela, not least because Clint Eastwood’s Invictus was such a bland misfire, and the just-released Winnie Mandela is merely a lukewarm, movie-of-the-week affair. Backed by the Weinstein Company and starring an awards-baity Idris Elba, Long Walk to Freedom might be seen as an Invictus prequel, as it charts all of the events prior to Mandela’s release from prison, rather than vice-versa. Such is part of the appeal: This is a revolutionary film, giving you a glimpse of the man when he was more volatile freedom fighter than soft-spoken politico. Until now, the marketing campaign has taken advantage of this angle, releasing posters like this one, which aptly looks like a propaganda piece you’d see pasted on a building, or this one, which scrawls the words “trouble maker” across Mandela’s portrait. The latest poster, however, released in the U.K. (home to to Elba, co-star Naomie Harris, and director Justin Chadwick), looks like it’s touting a terribly unfortunate Invictus wannabe, with Elba in an old-age makeup that certainly shouldn’t be front and center.

Age makeup is often an easy target for criticism. Haters had their claws out for the prosthetics applied to Leonardo DiCaprio, et. al. in J. Edgar, and there were doubtlessly those who didn’t care for Meryl Streep’s aging process in The Iron Lady. But neither of those films tainted their marketing by broadcasting pics of their lead star in makeup that, frankly, looks awful. From his grayed-out hair to his heavily-applied foundation, Elba’s aged Mandela does a promising film a remarkable disservice, and no high-praise quotes or four-star endorsements can make it seem like any less of a joke. Things might have appeared a tad more flattering if there was any bit of shadow employed, but Elba is placed square in the glaring spotlight, with every makeup-caked pore in full view.

Needless to say, the poster registers like an automatic axing of the film’s chances in Oscar’s Makeup category, which is the last thing Harvey Weinstein wants to hear. Worse yet, while the one-sheet is presumably a reflection of the end stage of the film’s title (the capper to Mandela’s “long walk”), it seems antithetical to what this film is truly about, for the Mandela we know today is not, as the trailer promises, the man depicted in this movie. Better posters in this rather diverse campaign include this saturated piece that features four colors of the South African flag, or the pair of golden-hued ads that feature both Nelson and Winnie Mandela. It’s frustrating to watch a film’s promo branch clearly scramble to find ways to sell it, swinging and missing as they go (in truth, none of these posters are especially memorable). But it’s even more frustrating when designers’ results unwittingly start to dismantle the film being sold. Mandela: Long Walk to Freedom is a movie many people want to see. The movie advertised in the poster above is not.

The Man Who Fell to Earth Review: An Earthbound Adaptation of a Sci-Fi Classic