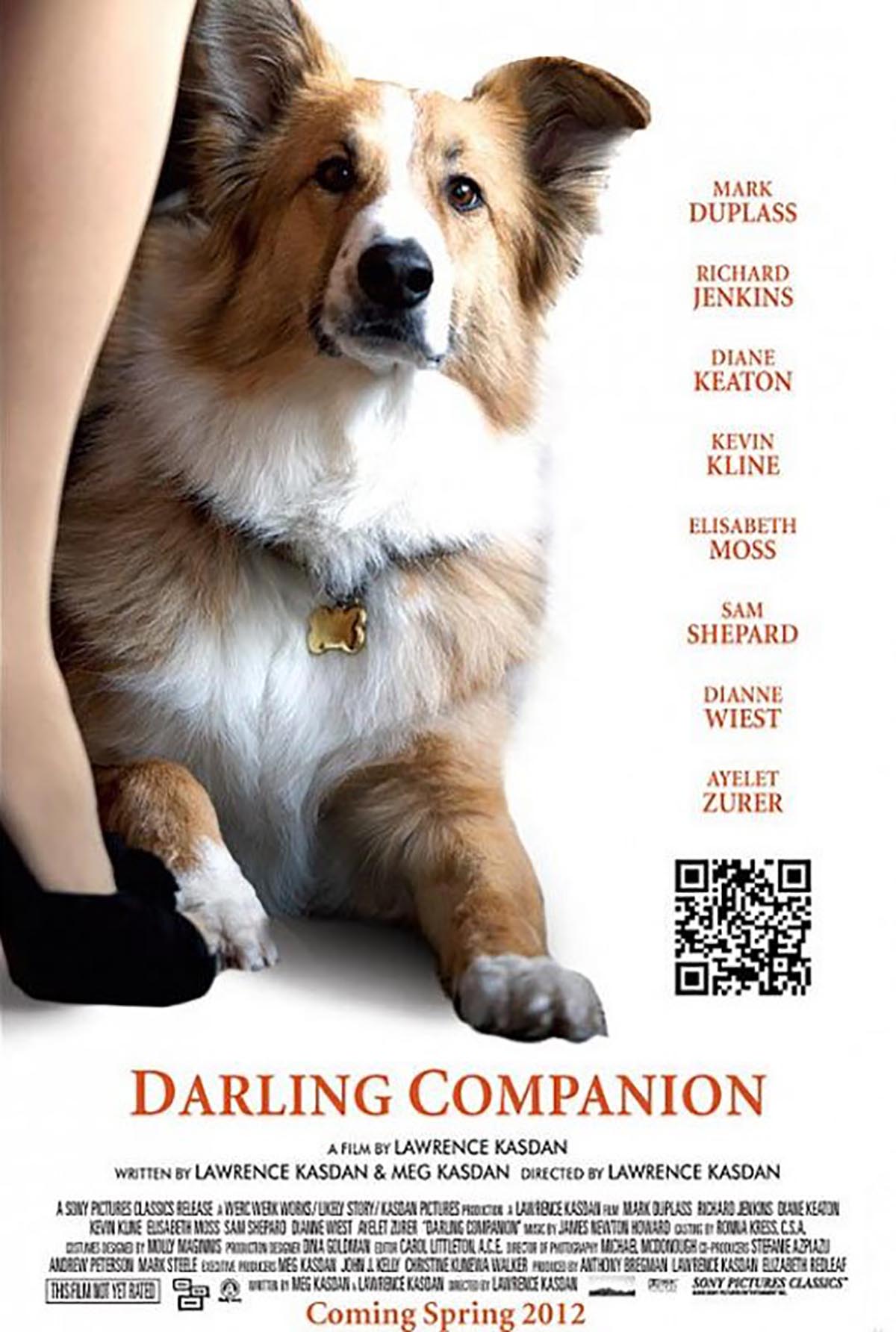 In general, this column isn’t designed to verbally tear bad posters in half, but when something as shoddy as the one-sheet for Darling Companion is put on the market, it’s pretty hard not to chime in. Almost shockingly unpolished, this blandly conceived fiasco reads like the rushed efforts of a first-day intern, who was tasked to cook up something to be shuffled out the door, and in an over-caffeinated panic, made a sinful hybrid of Lassie, The Devil Wears Prada and Martha Marcy May Marlene. Hell, maybe that leg even belongs to the intern’s boss, whose blurry blob of a platform heel recalls those digi-bras used in VH1’s “Movies That Rock” broadcast of Showgirls (come on, y’all know which ones I’m talking about).

It’s a good thing the intern remembered to include the collie, because this design otherwise reflects next to nothing that’s conveyed in the movie’s trailer, which promises over-50 ensemble kookiness, not working-woman minimalism. Maybe if that foot were wearing a saddle shoe and slacks, we might at least believe it belongs to lead star Diane Keaton. As is, it implies a tony glamazon who leaves Fido with a sitter. If there’s any half-decent design sense to speak of, it’s that the woman’s leg provides line quality and hugs the dog’s left side, thus offering a literal visual of the titular theme of pet-owner closeness. In all likelihood, though, it was probably just that poor intern’s way of scaling down the clipping-path duties, which, given the number that was done on the paw, was probably a blessing.

Hair and fur make for tricky challenges when it comes to design layers, and getting the lasso tool to believably outline each detailed tuft clearly can’t be helped by simply adding in a drop shadow. So, consider the hurdles here taken into full account. But in a time when we can make out every last strand of the mustache on The Lorax, there’s really no excuse for error, let alone for not getting an actual dog to pose against a measly white backdrop. I mean, the top edge of that ear looks like it was cut out with safety scissors.

And yet, the true Saint Bernard in the room isn’t the lousy layering, but rather that damned QR code, which Fox Searchlight peddled as an acceptable design element by blending it with Elizabeth Olsen’s face. Countless contemporary ads are smartphone-friendly, but there’s a pretty big problem when your “scan this” sales tool is as prominent as your title. It’s like filling the cereal bowl on the Lucky Charms box with bar codes instead of marshmallows. The insult, of course, is that Sony Picture Classics doesn’t think anyone will know the difference, and that all shortcuts and tasteless gaffes will go unnoticed thanks to that pretty pup at the center. But one should hope that most can see right through our intern’s hatchet job, and make the firm distinction between being served choice cuts and fed a load of chow.