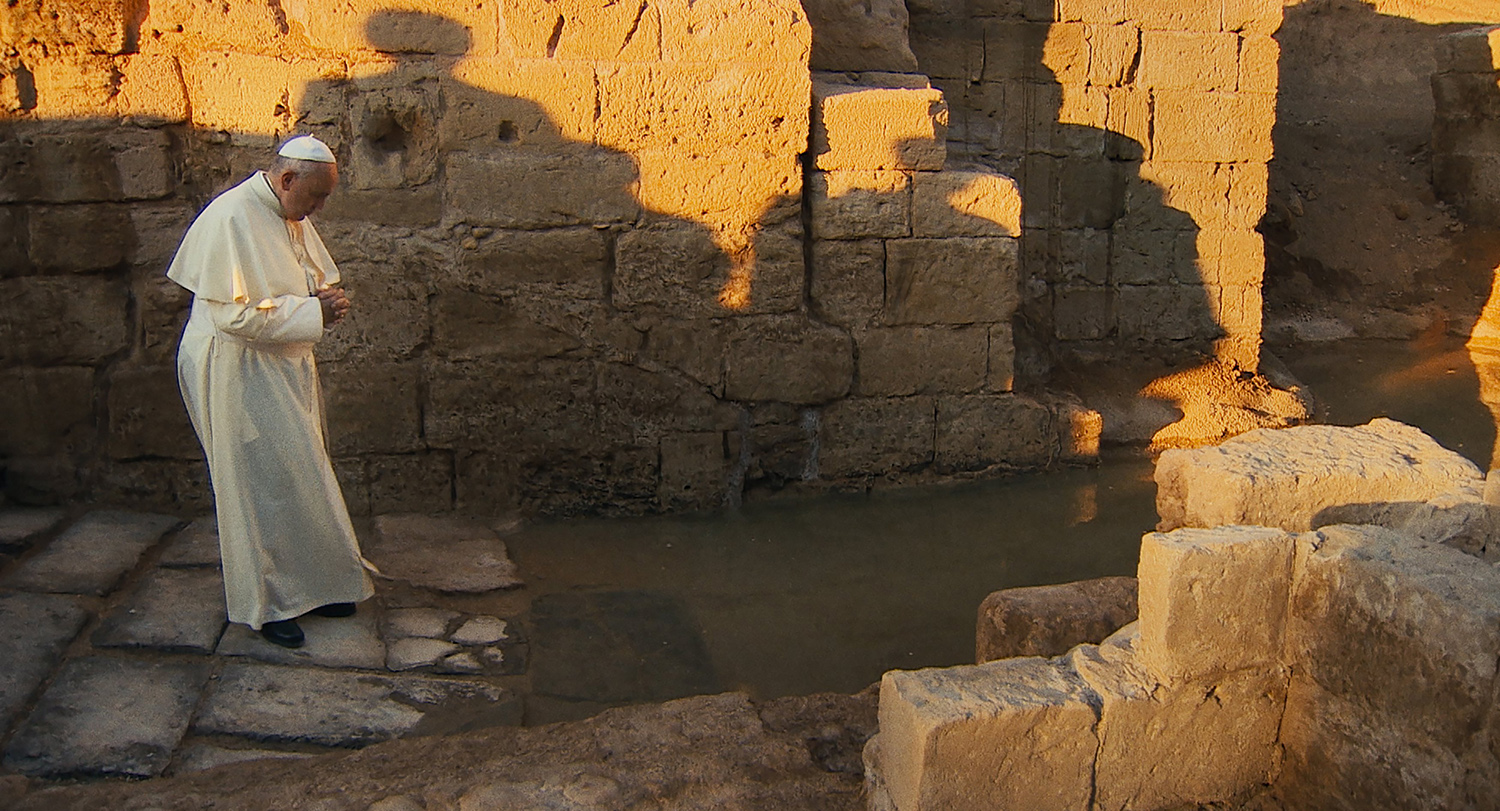 In the five years since the archbishop of Buenos Aries, Jorge Mario Bergoglio, was inaugurated as Pope Francis, much ado has been made about his mass appeal, not only to Catholics but also to secular humanists. Along with his radical asceticism, as evidenced by his refusal of many of the material indulgences that are attached to the papacy, the pope has spoken veraciously about the need to address poverty, education, income inequality, and climate change on his way to being meme-ified by atheists and theists alike.

In many ways, then, Pope Francis is the perfect subject for a probing documentary about his life. Yet despite Wim Wenders’s unprecedented access to the pontiff, Pope Francis: A Man of His Word rarely pushes past pleasant, liberal-minded platitudes to explore the man beneath the public persona, too often playing like a toothless PR video designed to rehabilitate the Catholic Church’s reputation in the wake of its global pedophilia scandal.

The film’s relentlessly hagiographic approach to Pope Francis is at its most egregious in the aimless silent film-style interstitial scenes depicting events in the life of the pope’s namesake, St. Francis of Assisi. These hamfisted sequences exist merely to extol the new pope for his adherence to the anti-materialist Franciscan moral code. Scenes centered on Pope Francis putting his words into action, either at the site of recent natural disasters or at prisons and refugee camps, are more successful in conveying the palpable effect he has on those to whom he speaks. But even in these appearances, Wenders settles for presenting the pope through broad, albeit prudent and consoling, sound bites alongside clips of the charismatic, ever-smiling Argentine shaking hands with and patting the heads of his adoring fans.

Wenders’s use of the now-ubiquitous Interrotron, invented by Errol Morris, provides A Man of His Word’s most forceful calls for action, as Pope Francis, eyes squarely drawn to the camera, pleads for social justice. There’s an emotional directness and philosophical clarity to his appeals that are admirable, but Wenders makes no attempt to explore how these ideals can be implemented in a way that loosens the stranglehold that even the pope believes global capitalism and institutional corruption have on the modern world. Instead, his protestations are either left hanging with no follow-up or limply reinforced with equally blunt imagery, such as the pope’s discussion of our “culture of waste” being followed by a smash cut to an enormous landfill.

Wenders’s hesitance to push Pope Francis into dialogue or debate becomes especially dubious in light of the pontiff’s opinions of feminism and gender identity. Although he’s far more open-minded on these issues than his predecessor, Pope Benedict XVI, it’s frustrating to see Wenders go out of his way to include footage of the pope saying that “macho and feminist movements are of no use” but not go the distance to press the pontiff on any number of questions that his comment raises. (Meanwhile, neither the pope’s stance on the transgender community—who, in the past, he referred to as part of an “ideological colonization that tries to destroy the family”—nor his controversial thoughts on the Charlie Hebdo shooting are even mentioned.)

Despite the Catholic Church’s claims that this was a commissioned but independently funded work and that no question was out of bounds, one gets the sense that Wenders, whether of his own volition or at the urging of others, is perpetually walking on eggshells, only tossing the pope the type of softball questions that he can effortlessly knock out of the park. As such, A Man of His Word merely provides another platform for the pope’s proselytizing: It’s content to leave the indications of the man’s more reactionary beliefs on the cutting-room floor, and as a result offers little to chew on for those who don’t already share his, by papal standards, more liberal-leaning worldview.

Review: BlacKkKlansman Is a Mad-As-Hell Take on Race Relations