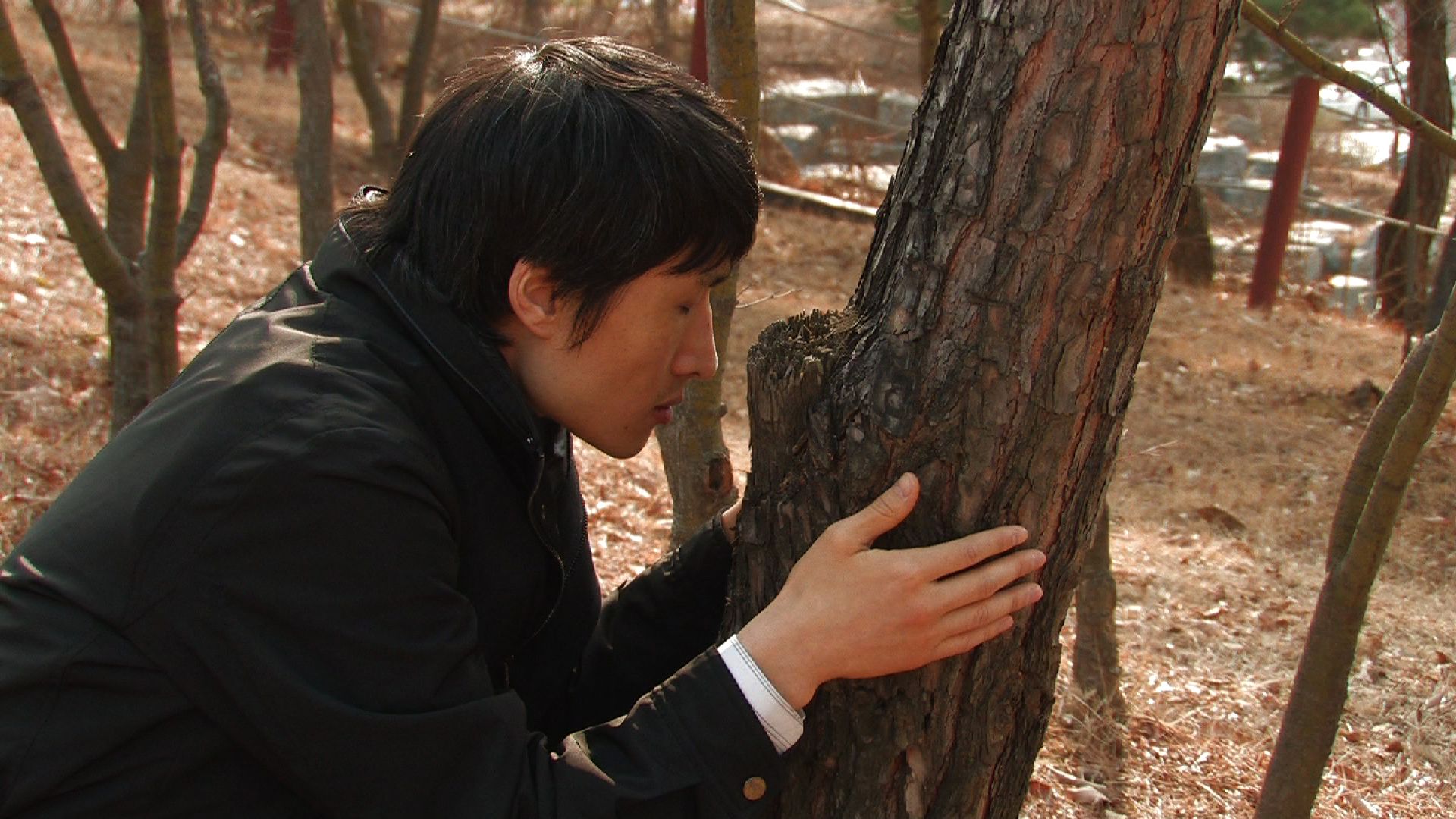 One of the most thrilling possibilities of great art lies in its ability to allow us to enter into a character or subject’s headspace, and thus potentially open a window to ways of grasping the world that might be different from what we’re used to in our own daily lives. There’s a sequence midway through Yi Seung-jun’s Planet of Snail that taps into this power—a scene in which deaf and blind South Korean poet Young-chan starts running his fingers across the bark of a tree he encounters during a midday walk in a park with his devoted wife, Soon-ho. Though much of Yi’s documentary is observational in nature, at this moment the filmmaker dials the sound down to approximate Young-chan’s handicapped perspective. Suddenly, we begin to get a sense of how Young-chan experiences the world: forever full of discoveries to be made, sensations to be felt, ideas to be contemplated.

Of course, the film’s wider context helps to contribute the power of this moment, and of many others in this often remarkable documentary. Planet of Snail is essentially a love story between these two devoted and handicapped people; Soon-ho herself has a spinal deformity that gives her a dwarf-like appearance, though otherwise she still very much has her sight and hearing intact. (They both communicate with each other through a form of Braille that involves her tapping out words on his fingers.) Media is rife with depictions of romances of this sort that veer toward the condescendingly mawkish, with handicapped subjects treated as objects of mere pity rather than empathy. Yi Seung-jun, however, has something more formally, thematically, and emotionally ambitious in mind, mostly eschewing talking-head interviews in favor of a fly-on-the-wall approach reminiscent of Frederick Wiseman. For the most part, we see this couple engaging in mundane activities: eating, reading, taking classes, walking in a park, hanging out with friends, and so on. The structure may be baldly episodic, and some are perhaps more interesting than others, but each one builds to a larger portrait of seemingly inexhaustible love and devotion.

But Yi doesn’t stick rigorously to such an approach, exercising his prerogative as a filmmaker to use the tools of cinema to try to draw us into Young-chan’s world at certain moments. He draws inspiration from his subject’s poetry, which is read aloud in bits of voiceover narration throughout the film, sometimes accompanying more poetic images of nature (rustling trees here, a close-up of a water droplet there). His whimsical verses evoke a magical environment that seems merely a heightened version of our own natural world—and, based on some of what comes out of Young-chan’s mouth in everyday conversation, one can draw a clear connection from the man himself to the poetry he writes. At one point, Young-chan, during a train ride, is heard making the claim that “all deaf-blind people have the heart of an astronaut”; perhaps this explains the warmly evocative lost-in-space feeling that characterizes Min Seongki’s ambient electronic score.

These elements of fantasy coexist in Planet of Snail with the sometimes difficult realities of Young-chang’s day-to-day existence. There’s a startling example of this early on in the film when Soon-ho needs to change a round fluorescent light bulb in their bedroom—a maneuver that becomes a challenge for her as a result of her petite height. When it turns out using Young-chan’s shoulders as support isn’t enough for her to be able to reach the ceiling, Young-chan is forced to try to put in the bulb himself—and, obviously, his handicaps don’t make this an easy task, requiring Soon-ho to be on hand to direct him. In Yi’s hands, this situation becomes a sequence of breathtaking suspense, culminating in a sense of glowing triumph when they, working together as a team, finally accomplish the feat. This sequence, among others, brilliantly reminds us of the kinds of ordinary things that the handicapped can’t take for granted.

Planet of Snail is something of a love story, though Yi never forces this angle onto the material, instead allowing us to ascertain the depth of Young-chan and Soon-ho’s devotion for each other through their actions: their sheer inseparability, the affectionate gestures they show toward each other, even the envy their love inspires in Young-chan’s also-handicapped brother. What keeps these two people together? What keeps anyone together? The closest Yi offers to an explanation is suggesting just how right they seem to be for each other; Soon-ho’s memories of her own childhood suggest the same whimsical-yet-melancholy sensibility that informs Young-chan’s poetry.

The film wades into deeper territory in its later stages, as Young-chan and Soon-ho contemplate death; Soon-ho is especially worried about what she would do with herself if she didn’t have Young-chan to care for every day. They both attempt to spend a few hours apart one day, and an image of Soon-ho alone, watching television while eating, is pregnant with implications of a possible future without purpose if her significant other was to die. Young-chan, for his part, seems to be less haunted by the specter of their inevitable separation; in fact, he not only demands that he spend some time walking alone outside, but also looks into other places that could care for him should Soon-ho pass on (thus those few hours apart).

Yi handles this turn toward the contemplation of mortality with a light touch; even with the heaviness of some of its subject matter, Planet of Snail remains limpid and unsentimental until the very end, in keeping with its subject. Its final two scenes beautifully suggest the intelligence underpinning this film: Though the film ends with a dreamlike underwater image of Young-chan swimming, Yi pointedly cuts through any sense of saccharine uplift with its preceding image of the man buried in sand on a beach in a simulation of a grave. Death comes for us all; Young-chan remains committed to life even while acknowledging its existence. This is a “triumph of the human spirit” film in the best sense.

Review: Shut Up and Play the Hits