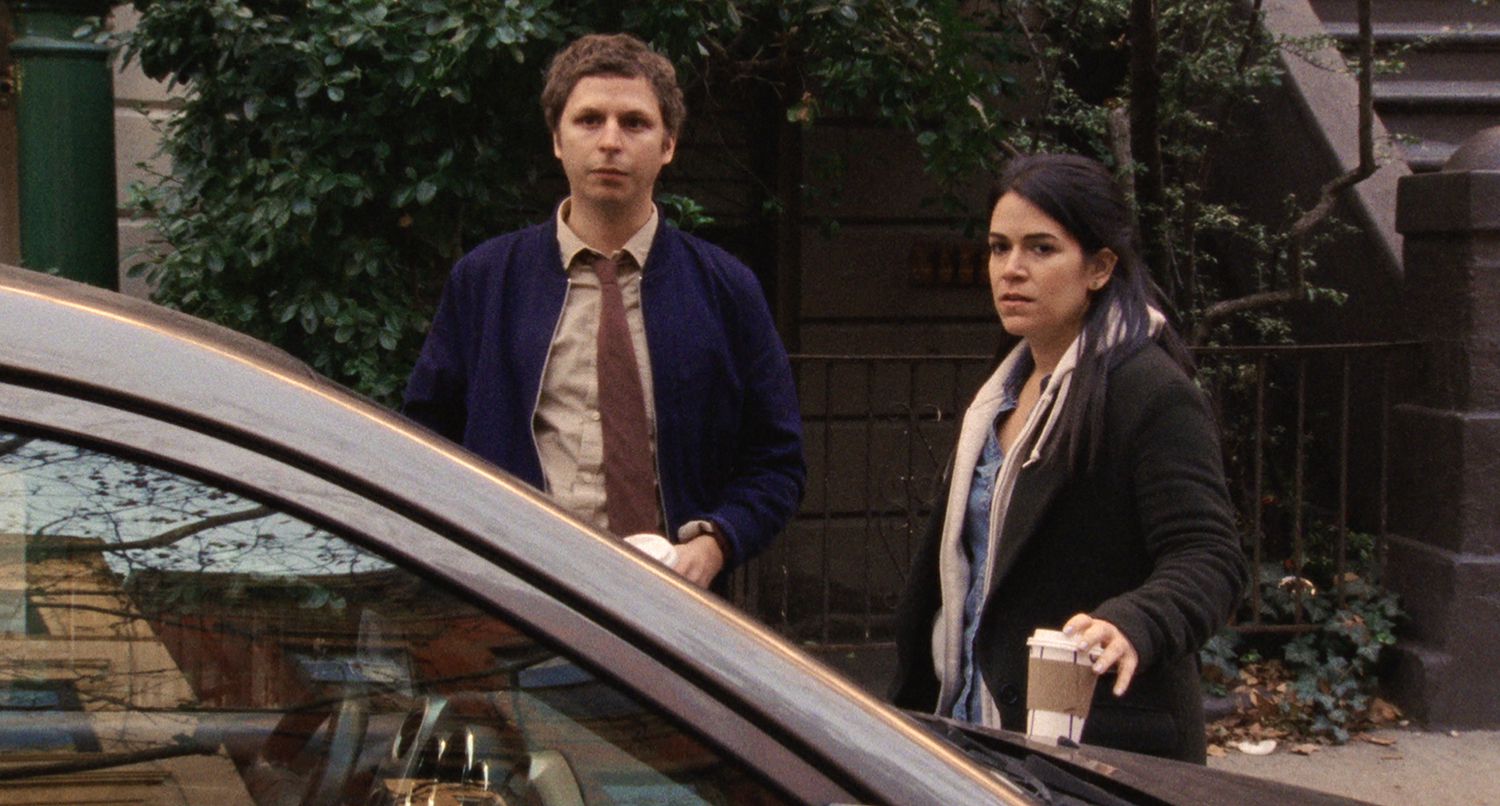 Dustin Guy Defa’s Person to Person started as a short film by the same name, a pungently detailed portrait of a certain slice of pre-gentrified New York in which Bene Coopersmith played more or less himself as a quietly charismatic Brooklyn record-store owner. The feature film is a collection of interwoven, sometimes overlapping character studies that encompass a wider swath of characters and locations with varying degrees of success.

Like an extended episode of High Maintenance, Person to Person is a vehicle for an exploration of New York City and a handful of its interesting inhabitants. And like that series, the film is strongest when it’s at its most granular and specific. That may mean catching a character at a particularly good or bad moment, like the tragicomical dilemma that Bene’s friend, Ray (George Sample III), creates for himself, or diving into one of New York’s more obscure subcultures, like the vulnerability of buying and selling classic vinyl, which is exposed by a scam pulled on Bene.

Bene’s segments constitute a mini detective story, complete with intrigue (he learns that the Charlie Parker LP he just bought isn’t an original), humor (in a ludicrously long, low-impact chase, he bikes through the city at exactly the same speed as the thief he’s pursuing), and revenge (he gets his money back, plus a bonus he tacks on as punishment). In a sweet subplot, Bene and his lovely girlfriend (Eleonore Hendricks) cross a romantic Rubicon with a little help from her young son, shyly acknowledging their love for each other.

As in the original short, Bene’s portions of the film gain emotional resonance from their diagetic soundtracks, which include songs culled from the man’s classic soul and jazz records. But what makes Bene’s storyline the most appealing part of the film is the way his personal magnetism and integrity is foregrounded. Capable and responsible without a trace of machismo, loving but never sappy with his girlfriend and her son, and loyal and supportive to his beleaguered friend Ray, he’s a postfeminist hero: Bogart 2.0.

Moping around Bene’s living room is the depressed Ray, who can’t unpeel himself from the couch after having angrily posted nude photos of his girlfriend online in what may have been a relationship-ruining move. Sample is comically woebegone, his hangdog chagrin amplifying the absurdity of Ray’s humiliation when his girlfriend’s brother gets revenge in an unexpected form. Tavi Gevinson’s Wendy, a preternaturally observant and articulate high school student, is in a different kind of pain than Ray, clearly in love with her (female) best friend but not quite able to admit it even to herself. With her bright, darting eyes and fast-talking, sardonic delivery, Gevinson captures the alternating brashness and hesitation of a brilliant young woman who sees most things with rare clarity but has a lot to learn about herself.

Person to Person’s least successful plot strand follows an insecure tabloid reporter, Phil (Michael Cera), and the self-contained young woman, Claire (Abbi Jacobson), whom he hires to help him research a story about a suspected murder. Their cartoonishly improbable investigation leads them to a widow played by Michaela Watkins; the actress is wonderful, even though she’s asked to do little more than stalk around in a fur coat and shades. The focus of this section of the film is on the awkward relationship between reporter and protégée, but Cera’s exaggerated performance is as overplayed as the melancholy “joke” of Phil’s clumsy attempts to impress Claire.

The uneven quality of Person to Person’s stories and the inconsequential feel of much of what happens make the film feel a little like a stroll through the city. Stretches in which a lot is happening, none of it of particular interest, are broken up by some intriguing interactions and snippets of entertaining overhead conversation. Phil and Claire’s story includes scenes of a taciturn watch repairman named Jimmy (Philip Baker Hall) and his chatty friend, Buster (Isiah Whitlock Jr.), who hangs around Jimmy’s shop all day just to shoot the shit. When Jimmy, who may be in possession of important evidence, patiently ignores Claire as she clumsily tries to question him, it’s easy to understand why he might want her to leave him alone already, so he can get back to the unalloyed pleasure of listening to Buster tell another story.