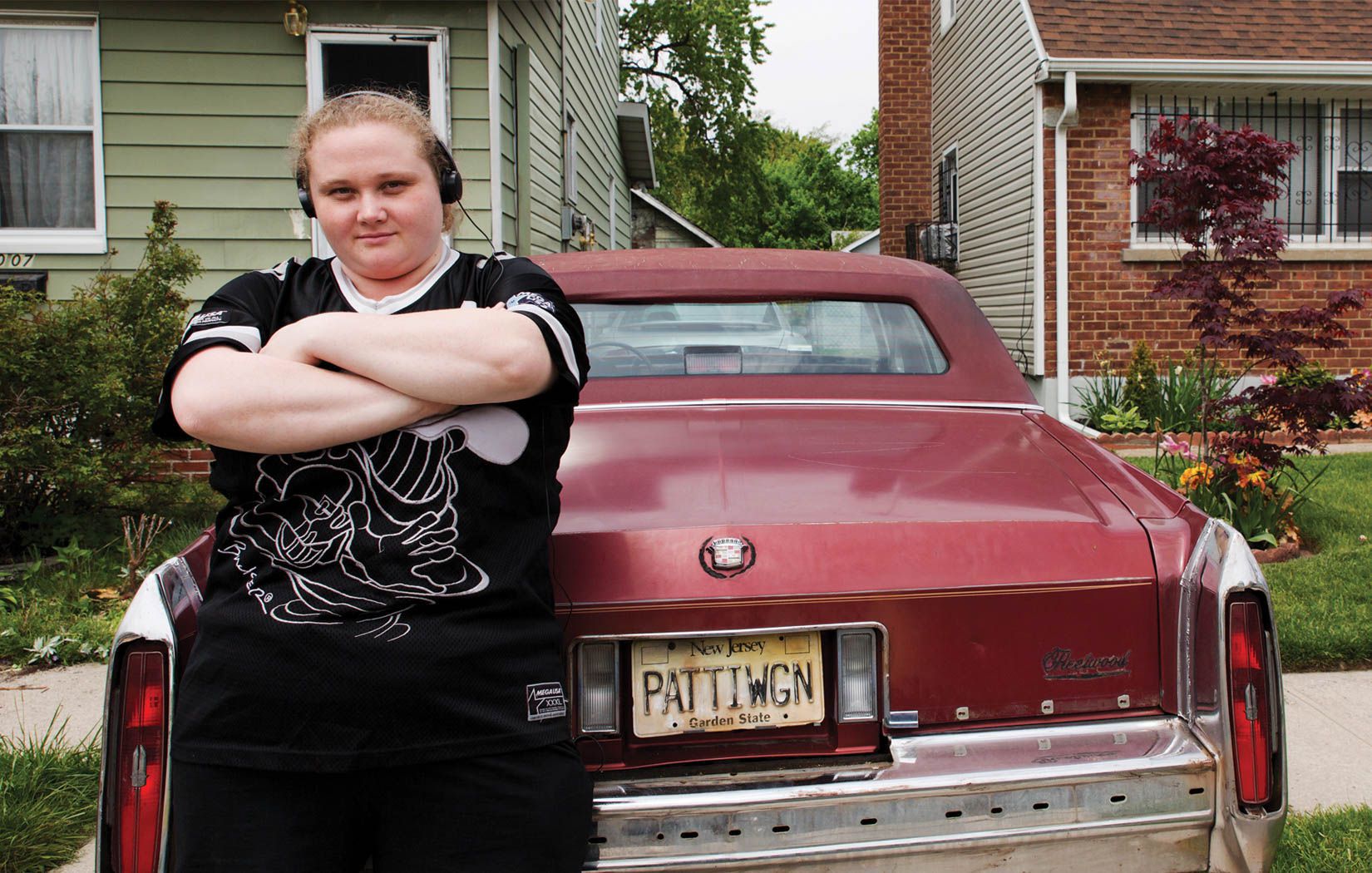 As the bass-heavy, dance club-lit dream that opens writer-director Geremy Jaspers’s Patti Cake$ makes clear, Patricia Dombrowski (Danielle Macdonald) is a legend in her own mind, a stadium-thrilling rapper who goes by Killa P or Patti Cake$. But to almost everyone else she’s just a fat girl, so large that the bros in Bayonne, her down-at-the-heels hometown, call her Dumbo.

Making someone who looks like Patti the star of a film—and not a self-loathing victim but a resourceful heroine with talent, self-confidence, and a handsome and supportive boyfriend—is a gutsy opening move in our fat-shaming world. Even more provocative is how Patti’s defiant rhymes, which Macdonald spits with gutsy brio, draw a parallel between the casual contempt Patti encounters daily because of her size and the racism that’s the implicit or explicit subject of the music she loves. When Patti raps about the grievances of an overweight white girl stuck in strip-mall suburbia, is she a legitimate artist stretching the boundaries of her chosen form? Or is she, as her idol, O-Z (Sahr Ngaujah), puts it after she gives him an impromptu audition, a contemptible “culture vulture” who’s trying to be something she’s not?

The film leaves that question unanswered for some time, and when Patti’s rhymes slip into the kind of imitative, gangsta posturing that sounds pretty tired from almost anyone and comes off as borderline ludicrous in the mouth of a white girl, it looks as if O-Z is right. But what makes her heroic is that she’s always striving to express herself as honestly as possible, and at their best, her rhymes are a reminder of how much all low-income Americans have in common, regardless of race. That’s not cultural co-option, but rather cultural cohesion—and, as President Obama pointed out in his farewell address, it’s something we’d all do well to remember these days.

O-Z’s withering put-down initially devastates Patti, shaming her deeply, but it ultimately motivates her to rip up old lyrics, writing new material that comes more directly from her own life. That includes sampling a refrain from an album that Patti’s mother, Barb (Bridget Everett), made when she was a young woman with her own dreams of making it big as a singer.

Patti and Barb’s relationship is the film’s emotional fulcrum, as Barb defines the parameters of her daughter’s world with her panicked anxiety over the family’s ever-mounting debt, the misguided advice she showers on Patti about how to use her God-given “weapons” to manipulate men, her narcissistic declarations of love (she calls herself and her daughter “the Dombrowski sisters,” insisting that she looks too young to be taken for Patti’s mother), and the near-catatonic depression she falls into after being left by yet another man. All that destabilizing neediness and explosive intensity, not to mention the unpredictable way she shifts from one mood to another, make it easy to imagine why Patti has yet to escape Barb’s center of gravity.

In a showy yet delicately calibrated performance, Everett embodies the caged frustration of an ambitious, charismatic woman whose dreams were snuffed out years ago. The interactions between Barb and Patti feel thrillingly unpredictable and emotionally charged, especially in a scene where Barb comes into the grungy joint where Patti tends bar to cadge shots from her daughter, then takes the mic to sing a heartrending song. Everett is titanic as she moves from near gangster-level intimidation to tremulous vulnerability, and Macdonald’s reaction is just as impressive, morphing from fiery defiance to reluctant capitulation to embarrassment to protective pride.

Unfortunately, none of the other characters are anywhere near as fleshed out. Cathy Moriarty is well cast as Patti’s physically frail but emotionally tough grandmother, her gravelly voice providing a warmth and grit that implies history and empathy, but her character’s main function is to give Patti a reason to go outside (to take the wheelchair-dependent older woman for a walk), then sit silently or sleep in her chair as Patti interacts with someone else. Patti’s relentlessly sunny best friend, Hareesh (Siddharth Dhananjay), who raps with her under the name of Jheri, is similarly underwritten, as is Patti’s boyfriend and the third member of her band, Basterd (Mamoudou Athie). A beautiful, near-wordless African-American loner who lives in a cave-like room stuffed with Satanic symbols and wears spikey dreads and one eerie blue contact lens, he’s barely developed any further than that collection of physical traits and his unquestioned, unquestioning devotion to Patti.

The obstacles and opportunities that Patti encounters—including a climactic rap battle straight out of 8 Mile—are often as rote as those characters, but her struggles and triumphs are detailed with a gravity that honors and elucidates her feelings. At the same time, periodic interludes from her comically lurid dream life and other flashes of humor, like the moment when Basterd confesses to Patti that his real name is Bob and his father is a lawyer, keep her journey from feeling too sorrowful or heavy-handed.

In the end, many of the film’s parts are too flimsily constructed to linger long in the minds of the audience, though one hopeful image is likely to persist. It’s the one of Patricia Dombrowski, shot from below to emphasize her heroism and her turtle-shaped bulk, walking down the street after yet another dumbass in a passing car has yelled out, “Hey, Dumbo!” She may have gotten rattled for a moment, and her feelings may have been hurt, but she’s moving on, as determined as ever, dreams and dignity intact.