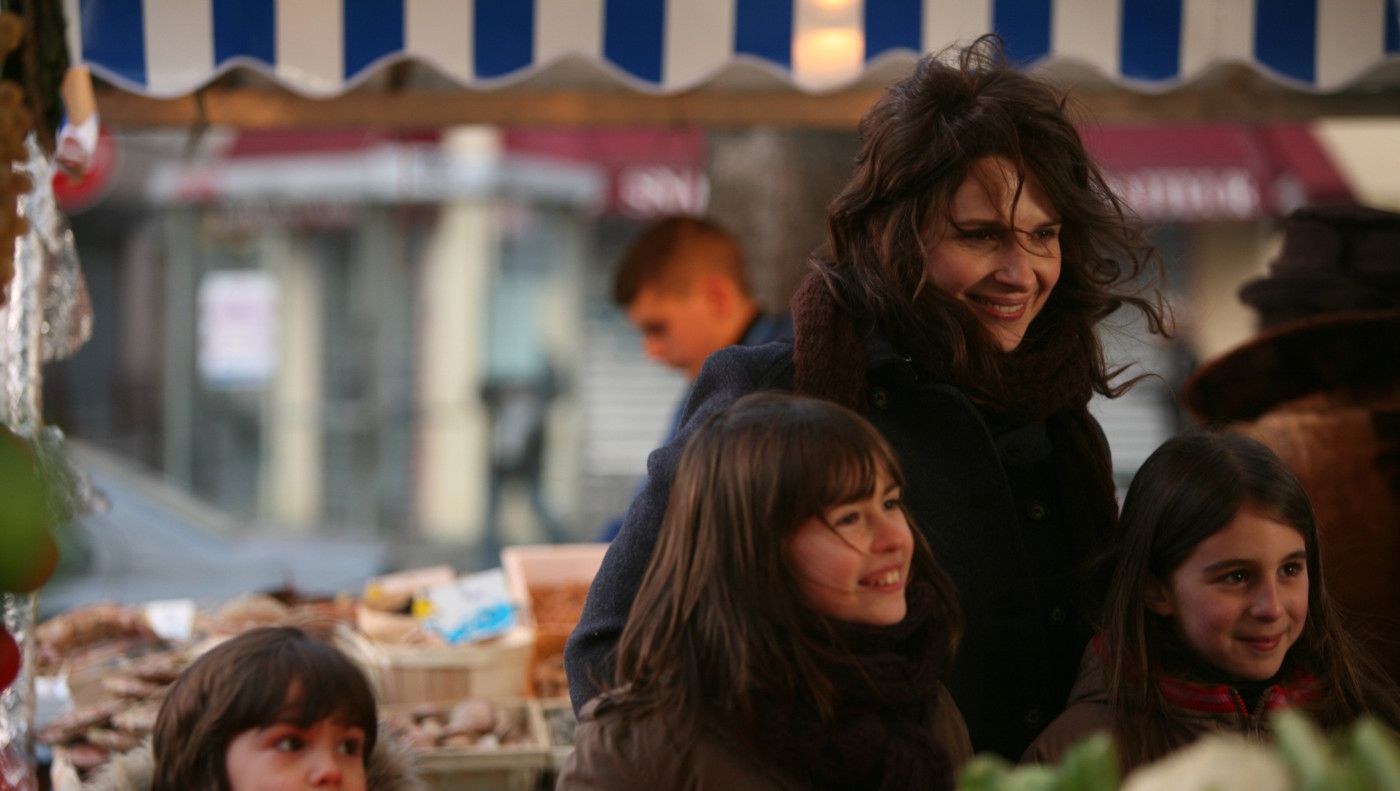 Oh, Paris. City of hunky, brooding daydreamers (Romain Duris) beset by fatal heart conditions. Home to beautiful single mother social workers (Juliette Binoche) hit on by marketplace vendors. Metropolis of depressed history professors (Fabrice Luchini) who text creepy romantic poetry to hot young students and are rewarded for their stalking with May-September sexual affairs. You truly are a “fragmented universe” with “a thousand faces,” an urban wonderland of window-dressing African and Arab immigrants, of cheerfully racist bakers, and of fishmongers whose profession is a turn-on for hipster fashionistas. Gagging yet? If not, there’s no cause for alarm—Cédric Klapisch’s frothy pop trifle Paris is a veritable reservoir of groan-worthy melodrama set in the City of Lights that practically begs to be described as a love letter.

Faced with such amour, solitude becomes an attractive alternative, even though the director’s melancholy mood and relatively reserved aesthetic approach is a significant step forward from the cutesy-poo, visually hectic romantic comedy of his prior L’Auberge Espagnole and Russian Dolls. Klapisch’s tale is driven by genuine humanism for his multicultural cast of characters, and even if the minorities in said tapestry are given embarrassingly short shrift, his performers express poignant reserves of longing, sadness, regret, and hope amid their banal scenarios. Duris, here on his sixth collaboration with the director, is stuck with a somber-dying-man role so stale one can practically smell the mold, and as his lonely sister, Binoche receives even less to work with. Yet both manage to infuse individual moments—a silent gaze at sleeping children, a come-hither look while backing into a bedroom—with startling, piercing flashes of authenticity.

Klapisch’s “It’s a small world” plotting, however, is sunk by both bland artistry and dull insights into his milieu, with Paris positing its setting, often through Luchini’s obvious, unremarkable TV-show blather, as simply a mélange of unique personalities, lifestyles, and attitudes. Faced with such lackluster insights, it’s hard not to relate to one of Binoche’s kids when he states, with stone-faced boredom, “Why are you telling us all of this?”