If I were over 40 and/or French—in other words, if I hadn’t been to American public high school recently enough to still experience a little residual shudder thinking about it—I might well be blown away by Paranoid Park, Gus Van Sant’s not-so-breathlessly awaited return to the semi-conventional narrative. After his ad hoc “Death Trilogy” rebuilt the narrative from the ground-up—Gerry prioritized pure abstract motion, Elephant ran paranoid rings around the same central event, and Last Days finally gave us a start-to-finish character arc, or at least downward spiral—Paranoid Park is downright conventional: it has an inciting incident, a moral crisis, and a resolution of sorts. It’s also larded with Elliott Smith on the soundtrack, taking us straight back ten years to Good Will Hunting. This is a less unconventional movie than announced.

There’s undeniable verisimilitude here: part of what has people excited, I think, is that non-oddball teen boys have finally gotten their day on-screen. The ex-nerds give us stuff like Rocket Science, which strikes close to home for anyone now confident enough to admit it; jocks who want to imagine themselves as riotous sources of hilarity have the Frat Pack to model themselves after. But what of the inarticulate pretty boy who only wants to skate and chill with his teen brethren? Isn’t it an American right to be inarticulate and confused? Why should dullards be excluded from the cinematic party?

If I’m being a snot, it’s mostly because I don’t believe that Paranoid Park succeeds in doing what it ostensibly sets out to do—i.e., give us a subjective report from the land of teen longing. Gabe Nevins—the film’s non-professional anchor—has been cited as not a clumsy actor, but a visual inspiration: Amy Taubin believes “It can’t be accidental that … Nevins … bears a striking resemblance to the subject of Correggio’s Portrait of a Young Man.” More modestly, J. Hoberman compares his “clear, grave gaze” to that of “a Renaissance princeling.” This is a nice way of saying that Van Sant’s cast—MySpace darlings, all suitably vapid—project nothing but their own unselfconscious prettiness. Van Sant’s gaze is as coolly, sexually appraising as Larry Clark’s; the difference is that Clark’s sk8r opus—Wassup Rockers?—didn’t fetishize its subjects, aside from their bodies. Van Sant’s teens can’t just be awkward and pretty; they have to seem almost too good for this world.

And so, presenting Alex: Nevins is mostly required to stare off into space and register blankness, which he does admirably. Somewhat trickier, he narrates the film, which is important since this is Van Sant’s third straight exercise in fractured chronology. Nevins has the flat, uninflected tones of an insecure kid forced to read his story in front of the class; it works beautifully, drawing out his awkwardness better than any number of wistful glances. But Nevins talking is a disaster: if teens deserve their own mumblecore (and, in its own over-aestheticized way, Paranoid qualifies), they deserve one where the kids talk with the voluble confidence of people who don’t know any better. Two exceptions: when the skaters are called for a group meeting, they prance down the hallway, with Van Sant widening the shot little by little as more of them latch on, a snotty parody of The Wild Bunch. The other exception is the one pro actress: Taylor Momsen (“Gossip Girl”) assays a viciously shallow blond cheerleader, pushing herself into caricature. As in Elephant, Van Sant is willing to have compassion for every HS demographic besides perky popular girls.

I’m not willing to credit the bad acting as externalizing teen awkwardness; still, the non-verbal parts of Paranoid are generally quite lovely. Once more using Academy ratio, Van Sant composes frames with more depth than anyone: his rooms are frighteningly vertical, captured from ceiling to floor. Perhaps no one working can invest banal surroundings—crappy suburban houses with wood floors, unremarkable high schools—with such inexplicable gravitas. But ditching DP Harris Savides for Christopher Doyle, Van Sant over-aestheticizes everything, which leads back to the alleged subjectivity: when Alex breaks down in the shower and starts weeping, it’s a near avant-garde moment. His hair hangs down in stark, straight anime lines, water dripping down; it’s geometry, not a person. So do inarticulate teens really see themselves this way? I can completely see the (admittedly stupid) moment where Alex walks down the hallway in slo-mo to Elliott Smith’s self-pitying strains; it’s only natural for teens to conceive of their lives as epically sad. Of course, Amy Taubin is way ahead of me on this: “How does the artist represent the exterior so that it speaks to the mystery of interiority? And whose interiority—the artist’s or the subject’s?” She basically throws up her hands, concluding it’s “anyone’s guess”, that intentional mystery and confusion is part of the project.

I’m not so sure. It seems to me like Paranoid wants to have it both ways, harnessing Van Sant’s artistry to articulate secret longings without condescending to them. But I think there’s an irresolvable problem here; I always admired the shots without feeling anything viscerally from them. It’s also an incredibly busy movie: unlike Last Days’ trance-like silences, every second is filled with buzzing electronica, disconnected voices looped backwards, or (when all else fails) stridently contrapuntal Nino Rota scores. Van Sant offers up a roll call of some of his favorite shots at the beginning (the Tarr homage comes early, with a brief 25 seconds or so following from the back of Nevins’ head as he walks to the beach), then breaks up the more conventional mise-en-scène with skating videos, which are the most gorgeous thing here: sometimes, on 8mm or video, the camera seems to always be floating just below the skaters, making it look like they’re always flying. (And this is from someone who thought even the videos in Dogtown And Z-Boys were boring.) In the film’s stand-out shot, 35mm slo-mo captures the skaters when they’re in mid-leap: no take-off, no landing.

There are, finally, the usual sexual politics to deal with. Taubin is, once again, way ahead of me: “The danger of Paranoid Park is a libidinal lure, and his experience in the railroad yard has undercurrents of a sexual initiation gone very, very wrong.” The central incident of Paranoid is unconvincing, a gory accident with entrails all over the place: it plays like one of Kenneth Anger’s more masochistic moments, shot through with the anatomic precision of Stephen King. A friend of mine has a more fully explicated version of Taubin’s toss-off: a reluctant teen rejects a girl at a time when nearly every teen boy is good to go, goes off to hang out with his male friends exclusively, goes off alone with one of them, then has something happen that he doesn’t want to tell anyone about. If that’s true, the central accident/death is both metaphorical and unconvincing; if it’s literal, just the latter. This may just be projecting gayness, but Van Sant always seems to need some homoerotic undercurrents: for a long stretch, when Alex feels paranoid, it seems like everyone is looking at him intensely (TV news anchor stares straight into the camera without speaking, his friends in the car, etc.). If this is supposed to reflect Alex’s subjective fear, it seems more like a projection, once more, of Van Sant’s lecherous gaze—which isn’t necessarily a problem, but suggests the incoherence at this film’s core.

Late in the film, Alex’s younger brother interrupts his reverie with a breathless monologue, summarizing a particularly inane scene from Napoleon Dynamite. The scene throws into sharp relief everything Paranoid does right and Dynamite’s cruel caricature gets wrong. I enjoyed the film just fine—it’s sharply composed, insightful about the ways teens do (and don’t) communicate with each other, and occasionally very funny. But it’s a movie as confused about itself as the teenagers that are its subject. Which makes for interesting discussion, but far from the surpassing culmination of Van Sant’s post-millennial aesthetic that’s been suggested: next to the rarefied intensity of Gerry and Last Days, it’s clearly a trial run rather than the real thing. 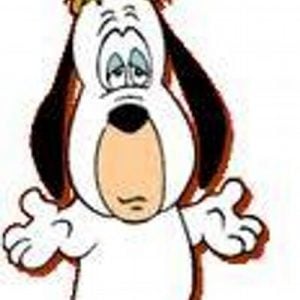