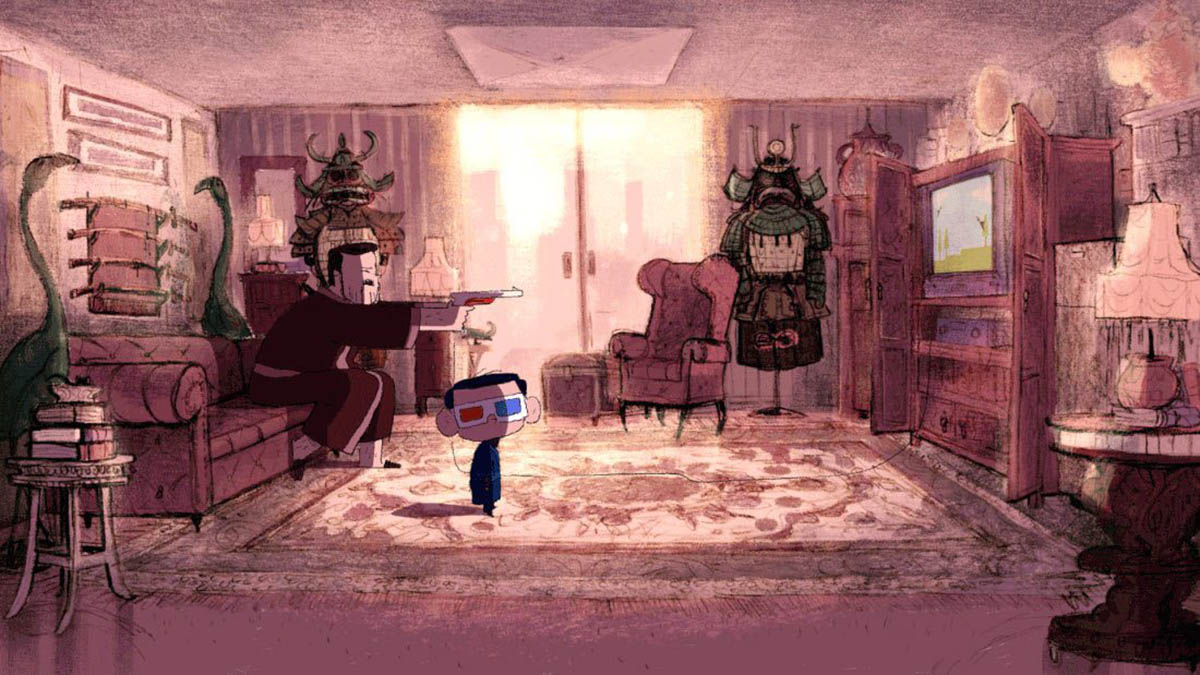 Of note in this category is that two films speak to a specifically Asian cultural experience, the weirdest of the lot being Pixar’s Bao, though none of Slant’s Oscar gurus are in agreement about just how successful that weirdness is. It’s easy to imagine the short, about a Chinese woman suffering from empty-nest syndrome who hallucinates a dumpling-as-son, being a whole lot less strange had it more fully immersed us in the woman’s life and relationship to food. At that same time, there’s also a sense that a stronger cultural anchor to the story might have made it seem as if Bao wasn’t using sentiment to obscure its main character’s, um, unsavory fantasies about her progeny’s future.

But we’ll take the unresolved weirdness of Bao to the canned artistry of Andrew Chesworth and Bobby Pontillas’s One Small Step, about a girl determined to become an astronaut and who undervalues the support of her loving father. The short, a dialogue-free mix of whimsy and melancholy, privileges emotion above all else, and gives the impression that it was made on the part of its clearly Up-enamored makers to land contracts at Pixar.

Like Marguerite in the live-action category, Late Afternoon is another two-hander about a woman in the throes of dementia. Like One Small Step, Louise Bagnall and Nuria González Blanco’s short puts emotion first, but its artistry—hand-drawn animation that gently revels in the curlicues of a woman’s memories under duress—is just distinctive enough to suggest it can eke out a victory here. But, then, it also has to compete with the gag that is Alison Snowden and David Fine’s Animal Behavior, about a group of animals grappling with their emotional and psychological problems in a group therapy session. Though clever for the way it ribs our preoccupation with (and suppression of) our power of instinct, it did provoke one of my fellow prognosticators to channel Trinity Taylor and ask, “Where are the jokes?!”

There may be no jokes in Weekends, but it certainly doesn’t lack for virtuosity. Director Trevor Jimenez’s elliptical approach to animation is the antithesis of the template-bound aesthetics of One Small Step. The short’s artistry, like it’s story turns, are purposefully, hauntingly half-shaded in—all the better to tune us into the confusions of a little boy torn between two worlds in the wake of his parents’ divorce. It’s also the only short in this category that was nominated for an Annie Award, and as the winner there it enters the Oscar race as the one to beat.

Review: The Kindness of Strangers Is a Fuzzy Portrait of Intersecting Lives

Review: The Prodigy Is Spooky But Could Have Used a Better Script