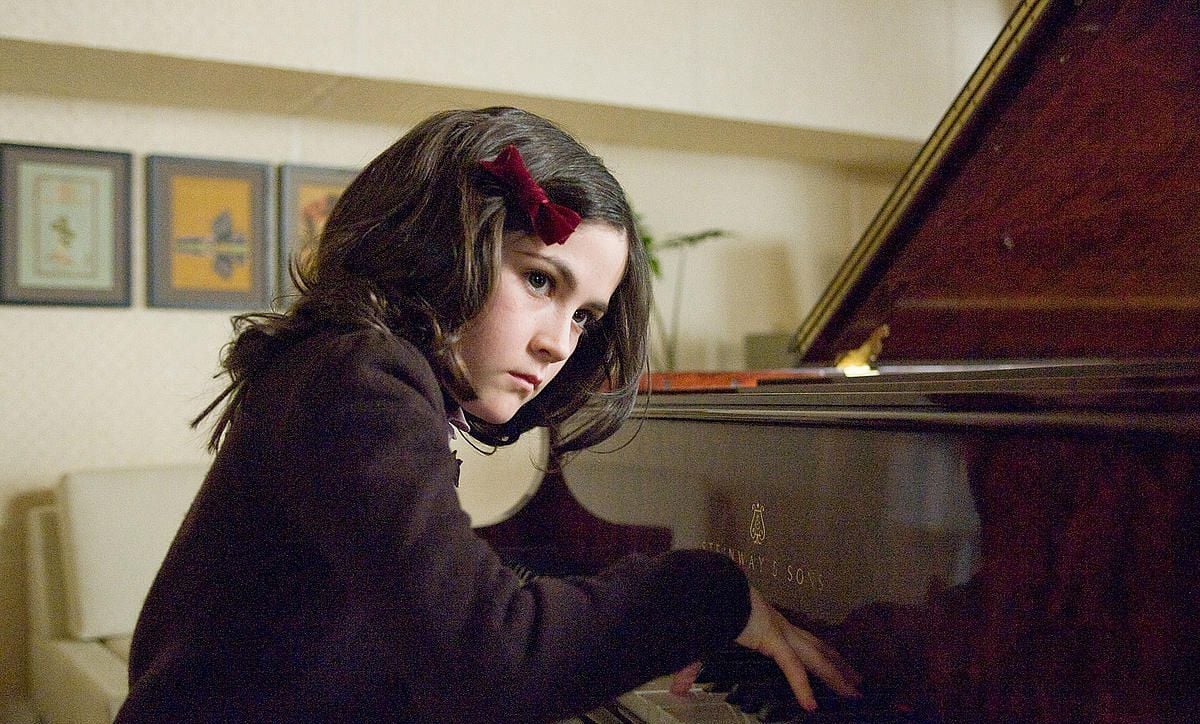 Vera Farmiga is apparently scared shitless by kids. How else to explain that, merely two years removed from starring in the psycho-gay-son thriller Joshua, she’s now headlining Orphan, a distaff version of The Good Son and its myriad ilk in which her Kate, still reeling from a third child’s stillborn death, adopts precocious Russian psycho Esther (Isabelle Fuhrman). “There’s something wrong with Esther,” claims the tagline, as if one couldn’t tell just from looking at her, as the 9-year-old—outfitted in antiquated dresses and ribbons that you mustn’t take off—is the type of prim-and-proper angel whose dead eyes flash malevolent glares behind smitten adults’ backs and who, it turns out, has a habit of always being in the vicinity of tragedies. Esther is welcomed into Kate and hubby John’s (Peter Sarsgaard) home to the disgust of their son Daniel (Jimmy Bennett) and the delight of their deaf daughter Max (Aryana Engineer), who is soon turned into an accomplice to murder by Esther and forced, via menacing threats, to keep her trap shut about what new big sis is up to. What that precisely is remains shrouded in secrecy for much of the film’s overlong two hours, though as is blatantly obvious, it’s somehow related to her insane precociousness (the girl can bang out Tchaikovsky like a pro) and fondness for Daddy.

Despite director Jaume Collet-Serra’s apt use of running children’s laughter for jolt scares, the suspense generated from Esther’s early lunatic behavior is of a mild, amusing variety. Worse still, it isn’t sustained by a narrative that’s full of holes (since when do parents not fully investigate their adopted kids’ backgrounds?), and wraps up in ways both preposterous and devoid of import. Orphan spends considerable time establishing Kate’s grief over her miscarriage, guilt over the drunken neglect that cost Max her hearing, and marital tensions with Daniel, yet unlike Larry Cohen’s It’s Alive, it never effectively casts its horrors as expressions of parental anxieties. Esther’s craziness isn’t in any way related to Kate’s child-rearing fears, with the root cause of the girl’s hammer-wielding madness ultimately posited as an Electra complex issue distinct from her new mother’s personal hang-ups. Consequently, the proceedings wind up being just a lightweight don’t-trust-foreign-kids fable further undercut by the absence of scares. Fuhrman has the evil eye down pat, and Farmiga brings more depth and soul to her role than is warranted by the cliché-ridden script. Yet after once again being driven mad by a deranged tyke in her home, it’s likely best that the actress takes to heart her character’s opinion that “I have to stop being like this.”

Review: Made in U.S.A