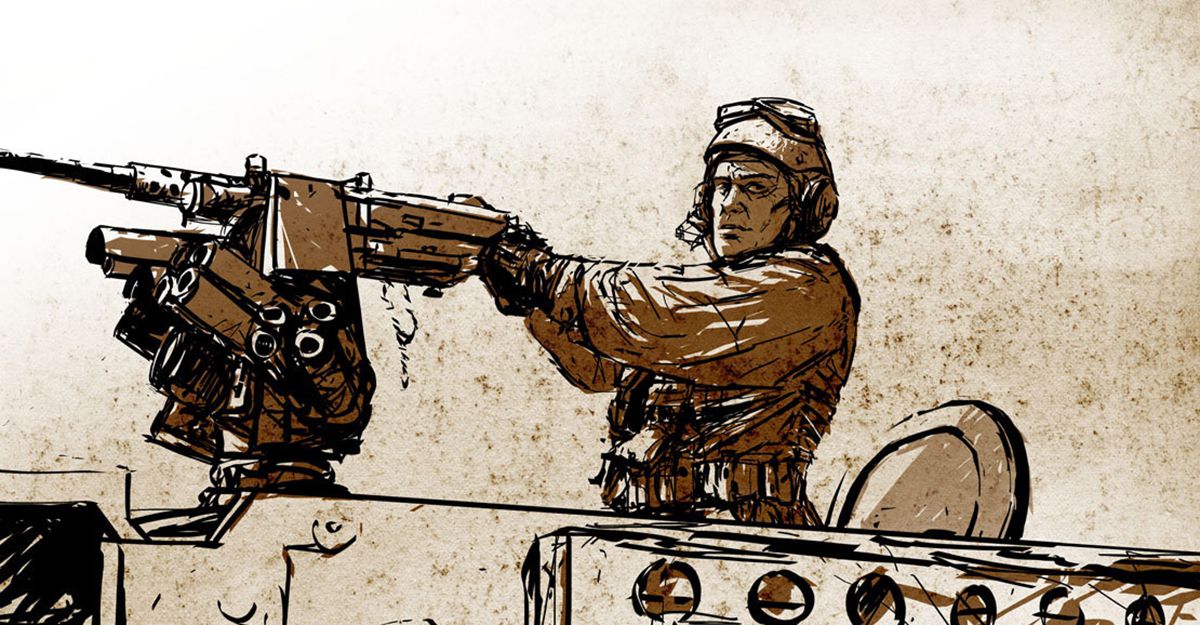 Richard E. Robbins’s Operation Homecoming: Writing the Wartime Experience is an eloquent manifestation of the notion articulated in John Fowles’s The Magus that “It is not countries that go to war, but men.” Taking as its focus a National Endowment for the Arts project to gather the writings by soldiers in Iraq, Robbins’s documentary shines an intensely human (and humane) light on the ongoing conflict, using combatants’ own words—as well as those of Tobias Wolff and other Vietnam vets-turned-authors—to give voice to the intricate tangle of thoughts and emotions born of active duty. What’s conveyed by the film’s primary sequences featuring servicemen’s poetry and prose is the cathartic and enlightening power of artistic expression, their vivid accounts of personal experiences not only a vehicle for self-reflection and inquiry, but also a means of creating an etched-in-stone record of what war is like from ground level. Robbins sporadically stumbles in providing apt visual complements for his narrated passages (read by actors such as Robert Duvall and Beau Bridges), as the graphic novel-ish 3-D artwork for Colby Buzzell’s “Men in Black” and the super-slow-motion verité cinematography for Sangjoon Han’s “Aftermath” are so entrancingly stylish that they seem at odds with the overall purpose of de-glamorizing what is, according to medic Ed Hrivnak, a fundamentally “disgusting” situation. Yet more often than not the director’s illustrative accompaniment is riveting, especially during Jon McCary’s “To the Fallen,” which plays over an increasingly rapid montage of photos of the dead that links these brothers-in-arms via their shared adherence to duty, as well as the tragic price paid for such loyalty. Though the topics addressed in the brief interviews preceding the spoken-word segments would have benefited from further in-depth analysis, Operation Homecoming is nonetheless wrenching in its enunciation of the fear, guilt, boredom, anger, viciousness, detachment, self-doubt, and will to survive that’s been felt, from time immemorial, by those with first-hand battlefield familiarity. By acknowledging and publicizing its subjects’ writing, the film proves a stirring tribute to those who fight; in their stories, it offers a potent reminder that war is a hell suffered both externally and—more permanently—internally.