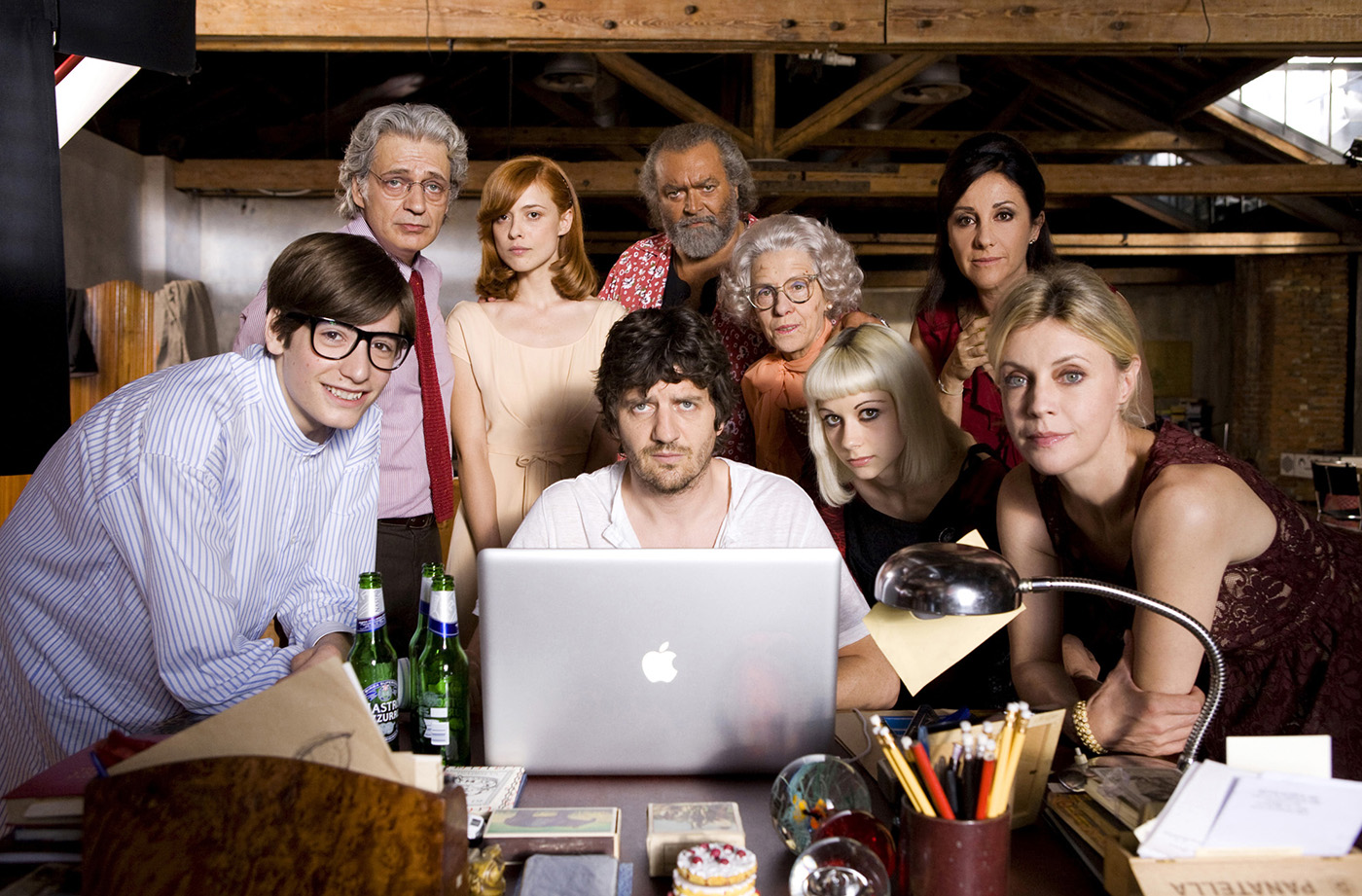 A slickly produced, broad Italian comedy, Gabriele Salvatores’s Happy Family kicks off with orchestral instruments blaring in the background as an opening red curtain reveals a relatively well-off, would-be screenwriter, Ezio (Fabio de Luigi), peeping through the archway of a tiny, model town. He divulges his film-directing ambitions, and laments how his runaway ex-girlfriend took practically everything but his “computer, health, and solitude.” One by one, the film cuts to each character from his script directly reciting their descriptions and conflicts, very much like how one would describe a film treatment come to life; in particular, a redhead twentysomething, Caterina, shaves her legs in a bathtub, yammering about how difficult life is while staring into the camera lens. The film continues jumping back and forth between the devised scenes from Ezio’s screenplay and his meandering, somewhat listless lifestyle. Well, until worlds cross and one cannot discern what is “real” any longer.

Ripping the color palette and quirky, upper-middle class characterizations from nearly every Wes Anderson film, Happy Family proves mostly an unoriginal meta gimmick; the filmmaker consistently, and lazily, cuts to lackluster vignettes of actors looking straight into the camera as they mouth off their character’s current predicaments, a device that initially comes off as fresh and stylistic but grows increasingly tiring and conspicuous as the film progresses. Salvatores hopes to blur the line between Ezio’s fictional script and his alert reality; after Ezio gets into a bike accident with Anna, one of his many scripted characters, she invites him over for dinner, and soon he becomes infatuated with Caterina. This very moment begins to intersect the two worlds, as Ezio becomes a character in his own script, and visa versa; also, the characters pester the screenwriter, often turning up in his apartment—hoping he’ll expand their parts.

Ultimately, the film is a blundered, disjointed mess, presenting a thin, unsympathetic lead whose humorless whims (one being a cartoonish, sexually rewarding jaunt to a Chinese massage therapist) supposedly paint him as a somewhat wounded yet curiously imaginative 38-year-old trying to move on from a bitter breakup via the colorful people he scripts. Each one of the amusing but sparingly developed characters within the screenplay represent a different facet of the protagonist; the fictitious teenage boy incessantly divulging his love for a girl is just one example of how the characters mirror Ezio’s underlying desires. But Happy Family might have felt more enticing and purposeful if Ezio’s scripted familial world were more than just a scribbled-down etching; as it stands, his fiction lacks complexity and any real sense for reality.

Happy Family will play on June 4 and 7 as part of this year’s Open Roads: New Italian Cinema. For details about the series, including ticketing information, click here.