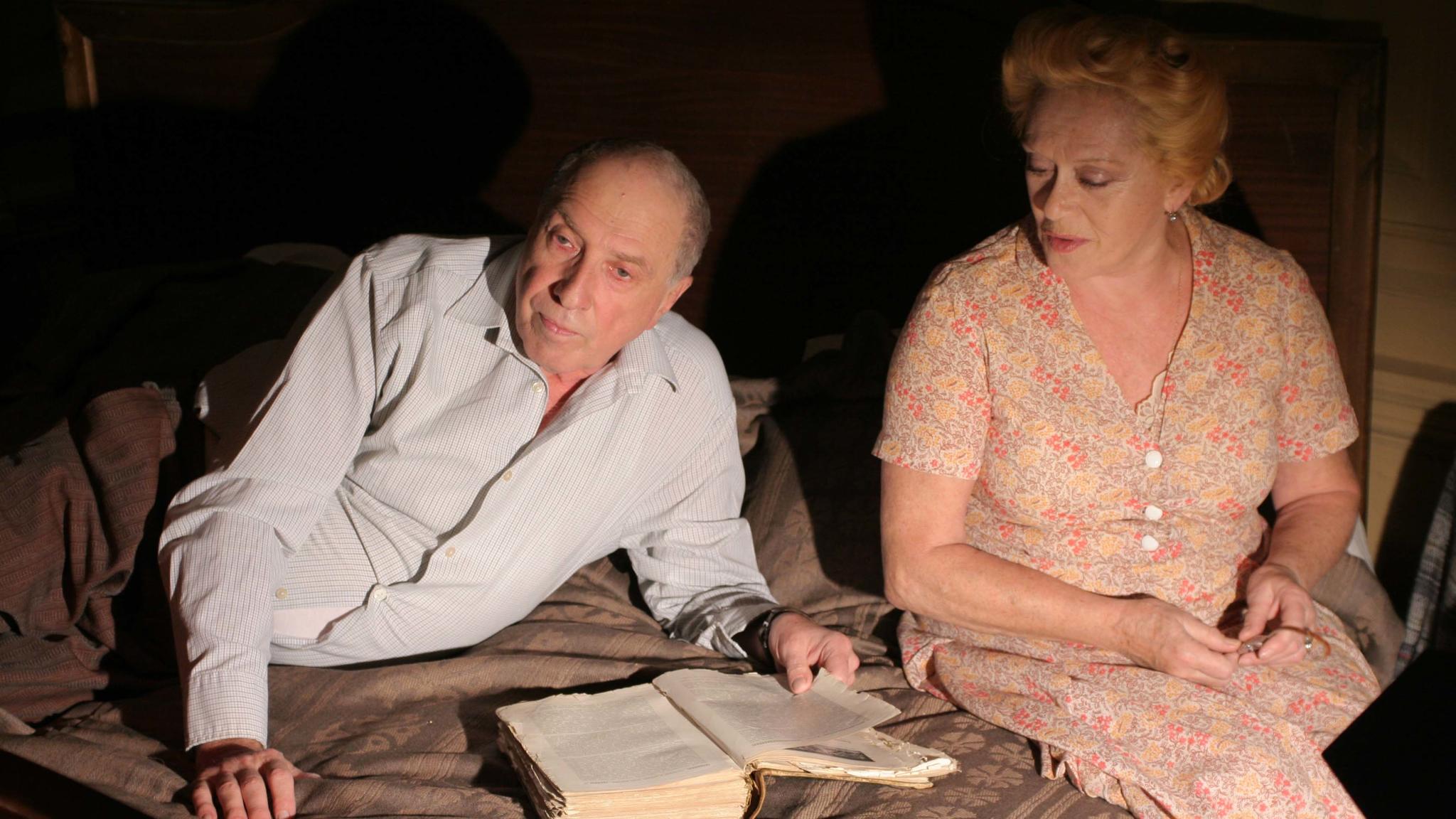 As I watched Andrey Khrzhanovsky’s A Room and a Half at this year’s New York Film Festival, a woman sitting next to me couldn’t stop crying. The film was putting her through some stuff. It was sort of putting me through some stuff, too. At one pivotal moment, a transatlantic phone call between characters long separated by exile, I felt myself ready to let loose with the waterworks, but I gritted my teeth, clenched the armrests to hold them off. Then came the Russian folk songs. The crying lady started singing along quietly, unobtrusively but passionately with the characters onscreen. Their nostalgia was her nostalgia was mine. I bit my tongue off to keep from joining in. When the lights went up, I searched in vain for a tissue to give her, but turned to her and said, “You’re Russian.” She said, “Yesyesyes,” and spent the next half hour excitedly telling me everything I wanted to know about the movie’s subject, the Nobel Laureate poet Joseph Brodsky; about the beauty of his hometown, St. Petersburg (“the airfare is so low these days—you must go!”); about Brodsky’s unique stature as a hero for poor self-taught artists (“When you grow up the way Brodsky did, you don’t need to go to a school to learn what poetry is. Life gives it to you.”)

The film bears her enthusiasm with ease. Animator Khrzhanovsky’s approach to Brodsky’s life feels like autobiography, fit to stand in the company of Fellini’s, Tarkovsky’s, Fosse’s, Davies’ and Chahine’s self-examinations. Maybe this is because Khrzhanovsky senses as much kinship with Brodsky as the poet does with his doppelganger house cat (depicted in the film’s animated segments as a whimsical master-pet relationship of Charlie Brown/Snoopy eccentricity). The cat’s literary ambitions and girl-craziness outpace Brodsky’s.

Whatever his reasons, Khrzhanovsky directs his first (mostly) live-action feature, at age 69, as if it were his own last testament. It’s fitting to mention Tarkovsky because Khrzhanovsky’s use of diverse color palettes, wondrously weathered faces, natural (or naturalistic) lighting schemes and physical spaces given fleshy, filthy presence could be outtakes from Tarkovsky’s The Mirror. But Khrzhanovsky is not the primal cosmonaut that Tarkovsky was, probing the darker, scarier outer limits of memory. Nah, Khrzhanovsky’s too warm and friendly for all that. His nostalgia views Brodsky’s formative hardship and terrors (i.e. surviving the Siege of Leningrad as a toddler) through eyes that have lived long enough to make some kind of sense of it all.

Brodsky was run out of the Soviet Union on “parasitism” charges, which basically held that he was living off unearned income. Khrzhanovsky gives us a famed moment from Brodsky’s trial, where he was defiant toward his interrogators:

Judge: And what is your profession, in general?

Brodsky: I am a poet and a literary translator.

Judge: Who recognizes you as a poet? Who enrolled you in the ranks of poets?

Brodsky: No one. Who enrolled me in the ranks of humankind?

Judge: Did you study this?

Judge: How to become a poet. You did not even try to finish high school where they prepare, where they teach?

Brodsky: I didn’t think you could get this from school.

Brodsky: I think that it … comes from God.

His international acclaim and asylum in American academia couldn’t quite heal the sting of never getting to see his parents again. Hence the river of tears when the movie arrives at that phone call. At that point, we have watched Brodsky grow up poor but wealthy in love from two of the heartiest, happiest parents a boy could hope for, then leave the nest to take his place in the world. Middle-aged Brodsky’s call home is fraught with crossed signals and decades of loss.

A young Steven Spielberg once said that live-action directors could benefit from training as animators, as it forces them to make and honor very specific filmmaking choices. Khrzhanovsky’s choice of actors for A Room and a Half speaks well of this background. Played by elderly actors Sergei Yursky and Alisa Frejndlikh even in scenes from Brodsky’s youth, his parents are lovely feats of human animation. As child Brodsky, Artem Smola capture the awed watchfulness of youth and Grigoriy Dityatkovskiy its mirror image, the deliberation of old age. In the middle, 1960’s firebrand Brodsky is the wiry, cocky life of any party (but the communist party). Khrzhanovsky switches to hand-held black-and-white to recreate the USSR’s paradoxical rendition of the children of Marx and Coca-Cola.

All along the way, Brodsky reads his poems to us, fostering an atmosphere of sly reminiscence and vague mournfulness throughout. It all crystallizes in the end, a confluence of visual and verbal poetry that returns Brodsky to that boyish state of awed watchfulness as he finally bears witness to the one thing he hasn’t yet experienced—his own mortality.