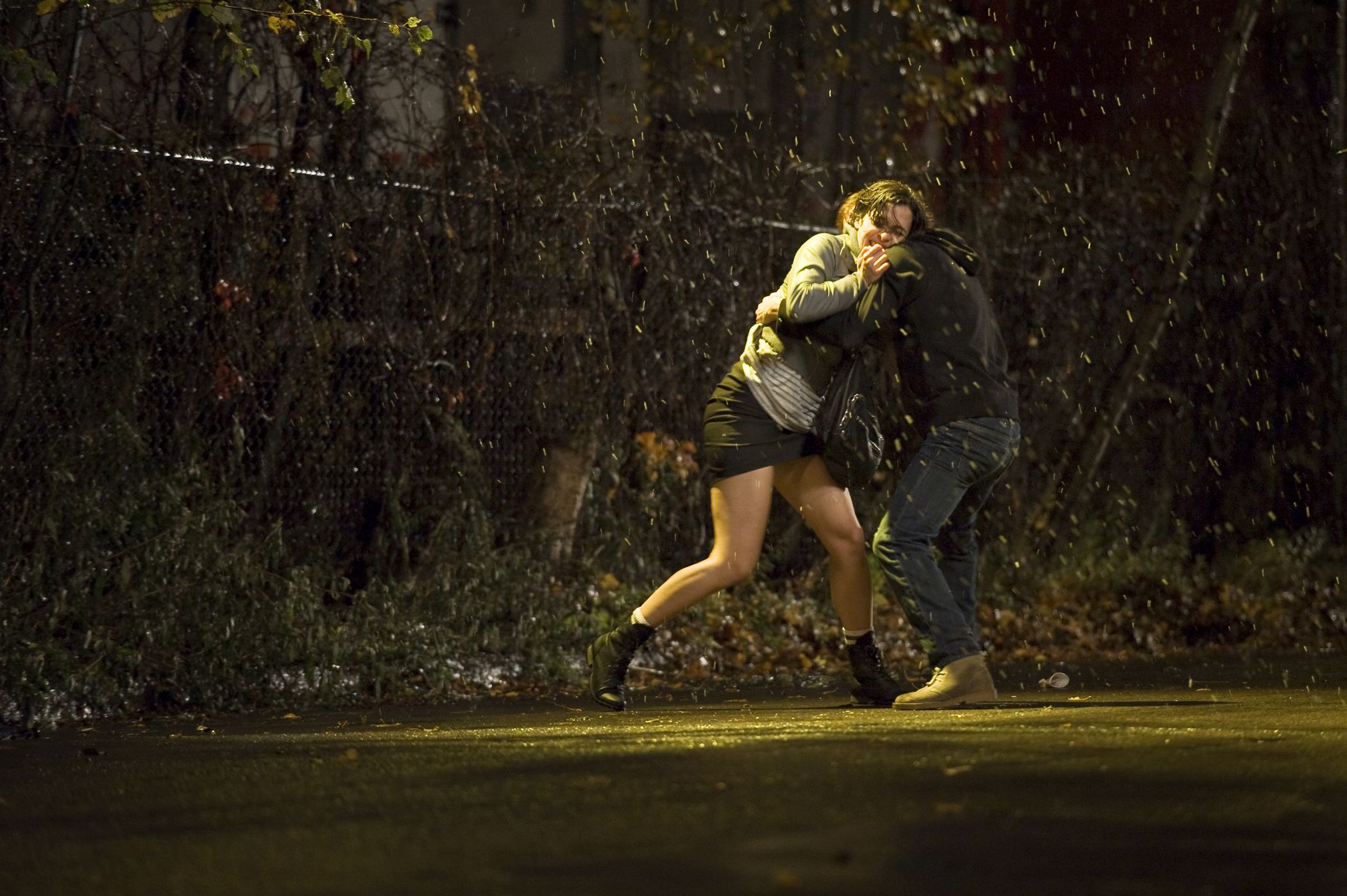 Quebecois filmmaker Anne Émond’s first feature spans a night (more or less) in the lives of two lithe young things, Nikolai (Dimitri Storoge) and Clara (Catherine Le Lean). Meeting at a rave, they return his walk-up apartment for a spunky bout of credibly unsatisfying sex. Clara is unable to sleep, and so she gathers her things and skulks toward the door. She accidentally rouses the dozing Nikolai, who insists that she stay. Émond’s gutsy, warts-and-all lensing of the couple’s gawky hookup (and her mesmerizing opening dance party scene, camera gliding over sweat-soaked ravers pogoing in synch) soon dissipates, as Nuit #1 moves toward a different kind of intimacy, with Clara and Nikokai staying up all night talking about relationships, work, and Quebec’s place in Canada’s cultural landscape.

Nuit #1 fits rather neatly into the cinema of Canadian coldness. Since David Secter nipped T.S. Eliot’s The Waste Land for the title of his influential 1965 romance Winter Kept Us Warm, Canadian filmmakers have seemed pathologically obsessed with how the stresses of the nation’s almost mythologically cold weather conditions breed a corollary emotional coolness, one which romance must tussle valiantly against. English-language filmmakers, many operating out of the more temperate Toronto, have melted all the literal snow but retained the chill (David Cronenberg in Crash, Atom Egoyan in Exotica). But Quebecois directors, especially of late, seem to be stoking the hoary gales, with Stéphane Lafleur’s En Terrain Connus, Denis Côté’s Curling, and Sébastien Pilote’s Le Vendeur seeming to play the winter deepfreeze as a hoary garrison rebuffing the encroachment of the outside world.

Émond’s film seems to enact a similar project. Or rather, it works—quite successfully, in places—as a warming tonic against this emotional nippiness. Nikolai’s plea that Clara stay with him, that they parlay their one-night stand into something more, that they attempt to really connect, reflects filmmaker’s own enterprise. And while it follows that a film about communication would be talky, much of the dialogue Émond loads into her actors mouths errs, at times, toward the laughably pithy. (“Modern life makes me sick. Modern love makes me sick,” Nikolai says, like he’s reading a lyric sheet.)

There’s an initial sense, though, that everything occurring after Clara slinks out is a dream—or at the very least, a self-conscious exercise. It may be prudent, if a tad generous, to regard much of Nuit #1 as a staged fantasy of everything everyone would say if they bothered thinking through their one-night stands, where one-night stands not exciting precisely because they’re seized by the electrifying passion that exceeds (or precedes) thought. In this regard, the piled-on monologues are like frescos. The characters lithe, sweat-and-bathwater dappled bodies are often set in relief against the consuming black backdrop, like a Shakespearean soliloquist who shuffles slightly upstage to deliver a scene-stealing sermon.

As the film advances, such a reading seems less and less rewarded. As Clara and Nikolai volley starry-eyed, beautiful loser clichés back and forth (“You looked free and pure,” “The world doesn’t interest me in general,” “Fucking is so simple,” etc.), Émond seems to strongly suggest that her characters are actually talking like this and moreover, that people actually talk like this. Her struggle against the compounded barriers of Canadian cinema’s characteristic aesthetic of emotional detachment and disaffected quarter-life malaise is gallant (especially for a first film), and the film’s final Brechtian gesture feels very much like a call to arms. Still, in spots Nuit #1’s efforts to crack at the presumed passions concealed inside its characters, to thaw that forbidding chill, results in so much emotional slush.