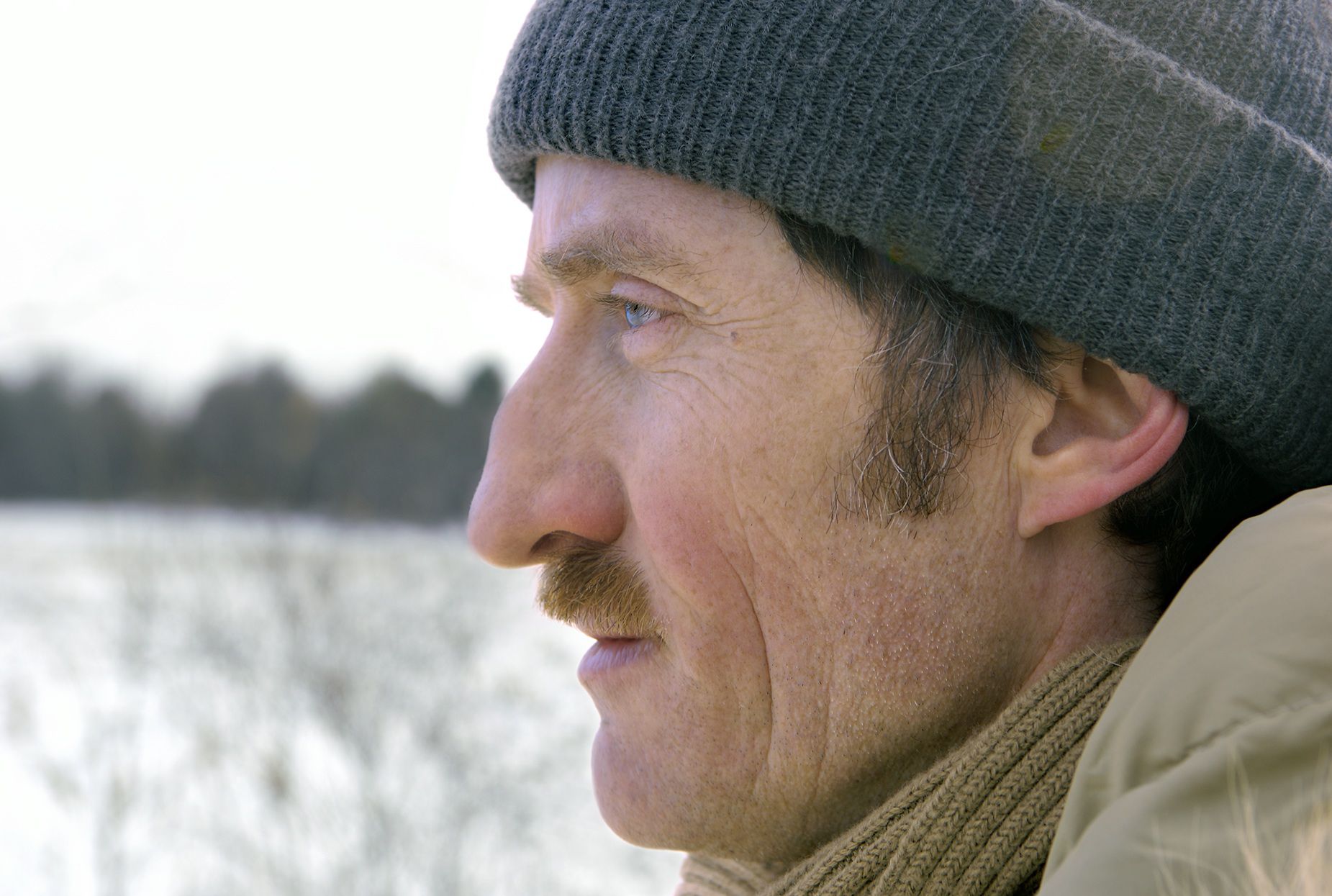 There are, in fact, two games being played throughout Denis Côté’s Curling and perhaps more than that depending on your definition of “games.” The titular Olympic sport, which involves a large stone being slid toward a target on ice, only shows up twice in the film and one of these occurrences is easily recognizable as an eerie fantasy sequence, which is the long way of saying that Côté’s bewitching fifth feature is not what you might call a sports film. Even the second and far more frequent game—that of bowling—only marginally figures into the dramatic pulp and enigmatic nuances of the film, despite the fact that a bowling alley serves as one of the film’s more prominent settings.

Indeed, the elder of the film’s central father-daughter diptych works as a handyman for the local bowling alley in the mornings, before heading off to his second job as a maid for a roadside motel. Meanwhile, his daughter, Julyvonne (Philomène Bilodeau), remains cooped up in their home with a few books and a seemingly endless supply of cleaning materials. The exact reason why Jean-Francois (Emmanuel Bilodeau, playing father to his real-life daughter) has never enrolled his daughter in school is never made distinctly clear, but it’s assumed that his ex-wife’s (Johanne Haberlin) incarceration (for an undisclosed crime) only compounded whatever radically isolationist tendencies Jean-Francois had from the outset.

It’s the agonizingly slow rupture of these tendencies in Jean-Francois and the deep yearning for socializing that begins to swell in Julyvonne that maps the course of Curling, but the ways Mr. Côté physically manifests these insular forges lend the film a distinct outlook and a consistently odd tone. Living on a rural, snow-swept patch of Quebec that could double as the length of North Dakota road Fargo was filmed on, Jean-Francois and Julyvonne continue to go among their quotidian tasks even as they encounter a bloody motel room, fenced-in tigers, and a handful of corpses in the surrounding woods, but their hold on their shared reality becomes increasingly unstable, often by their very own hands.

Still, their lives suffer the biggest intervention when Jean-Francois’s boss (Roc LaFortune) hires his teenage relative, Isabelle (an outstanding Sophie Desmarais), to run the bowling alley concession stand. Isabelle coaxes out both father and daughter slowly and the film is very careful to neither lionize the goth-tinted Isabelle or to push catharsis for Jean-Francois or Julyvonne. Côté develops a gleefully restless narrative out of these parts, full of unpredictable digressions involving characters that would be relegated to the outskirts of the story otherwise. And, while collaborating with the talented DP Josée Deshaies for the second time, the director sets a mood that is at once bleak and yet teems with dark, wild impulses that range from the carnal to the murderous.

These impulses outline the world that Jean-Francois slowly begins to acknowledge in the scope of the personal space he has created for his daughter and himself. A great deal of credit for how fully rounded these characters are and how deeply human they feel must be given to Philomène and Emmanuel Bilodeau, who detail the central relationship with personal insights and rhythms that prove invaluable. With little help from the soundtrack (though the usage of “I Think We’re Alone Now” and “Two of Hearts” is crucial to the film’s ubiquitous abnormality), they build an unsettling but sincere emotional core to Côté’s unique aesthetic landscape. We come to understand and perhaps even empathize with Jean-Francois and Julyvonne, at least enough to sense how emotionally meaningful a father-daughter trip to a public snow-tubing hill can be.