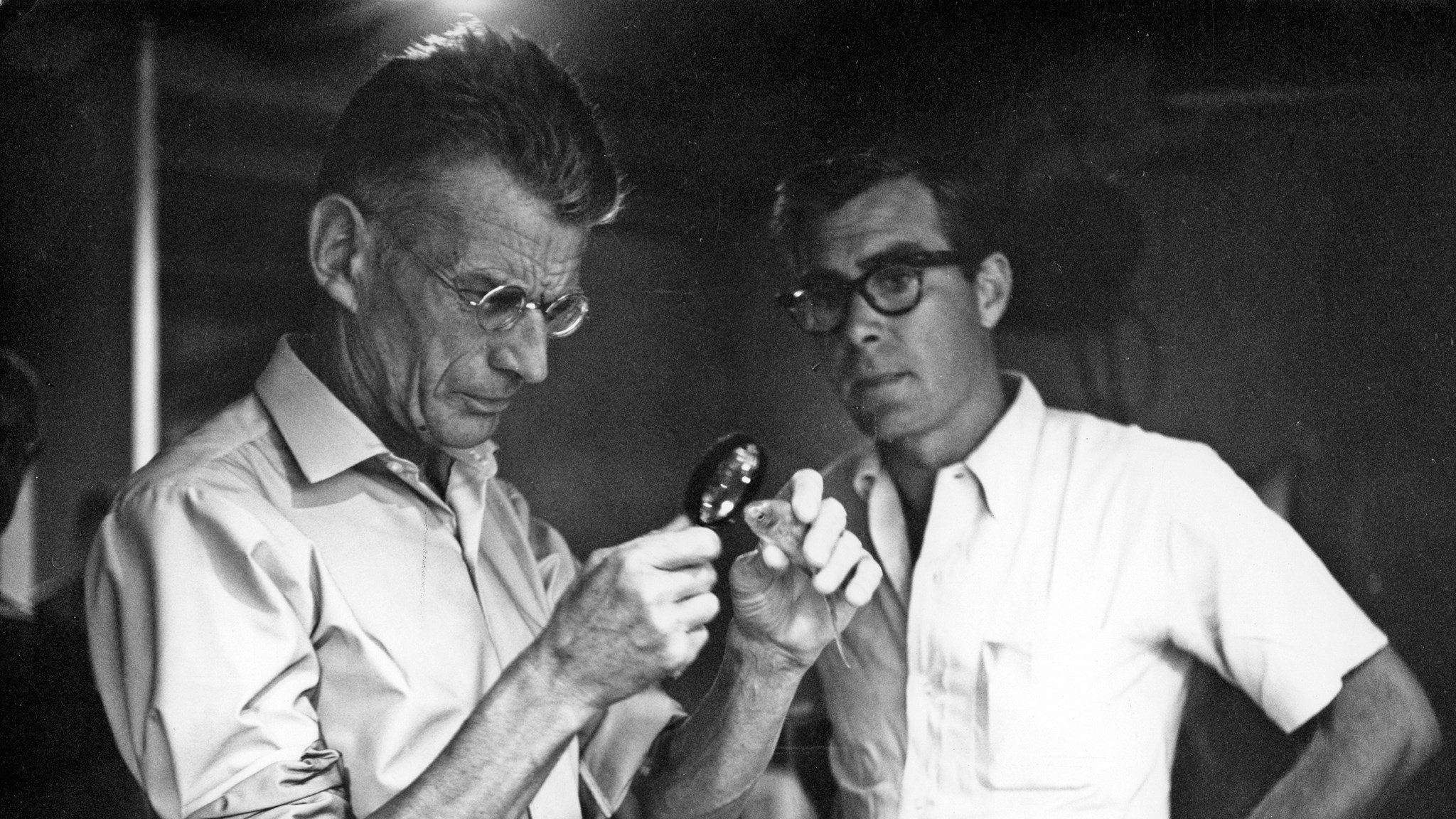 Gauging the success of a making-of feature is no easy task. Is this inherently supplementary enterprise all about exercising the right amount of modesty to let the main attraction shine, or should it also feel free to allow its own context-giving concerns to take center stage? Restorationist, film theorist, and filmmaker Ross Lipman’s Notfilm suggests the latter is a more than worthwhile endeavor, not least because its two-hour-plus running time actually dwarfs the length of the work whose production it explores, namely literary legend Samuel Beckett’s only foray into cinema, the 24-minute experimental short Film. And this disparity in duration does indeed prove no barrier to a frequently wonderful symbiosis, with both films functioning as perfectly disparate examples of how striking, stimulating cinema can emerge from any number of different backgrounds.

In light of the sheer number of different discourses that swirl around Film, it’s perhaps inevitable that Lipman initially stumbles in trying to find a suitable entry point into this multivalent work. Notfilm’s opening section is a bit of a mish-mash, flitting back and forth between so many distinct, often complex personalities and ideas that it’s unable to do proper justice to any of them. In the space of less than a half an hour, Lipman attempts to get the viewer up to speed on Beckett, the literary and philosophical underpinnings of his media-spanning work, and the significant role played by his publisher, Barney Rosset, in the production of Film, while also beginning to address certain key elements of the film and possible ways of interpreting it.

This barrage of information isn’t made easier to digest by how Lipman chooses to present it, the feeling that his strengths lie more in content than in form coming across loud and clear in his gracelessly functional editing together of film excerpts, his PowerPoint-evoking use of all manner of awkward wipes and fades, and the frequent over-illustrative flourishes he applies to photos and text alike. Frequent Béla Tarr collaborator Mihály Víg’s score is another mild hindrance, oscillating between the aggressively elegiac and the irritatingly jaunty without either mood feeling particularly earned. Yet even during this bumpy early stage, Lipman has already begun to quietly weave the web of cultural connections that will increasingly envelop the film, teasing out fascinating detail upon fascinating detail: that Haskell Wexler was Rosset’s childhood friend, that Beckett wrote an unanswered letter to Sergei Eisenstein asking to be taught filmmaking by him, and that Rosset equally planned to commission films by Harold Pinter and Eugène Ionesco.

Soon, Lipman’s obvious talent for structuring clicks into place and Notfilm begins to soar, as the informational flow is now directed smoothly from an introduction of Film’s key players into the preproduction phase before segueing into a close reading of the film’s individual sections. The previously bumpy transitions are replaced with a keen understanding of when to digress and when to return to the main thread, with the amount of priceless material unearthed or contextualized along the way verging on the staggering. The illicitly created voice recordings of Beckett discussing his cinematic vision, the photo of leading actor Buster Keaton taken by Alain Resnais when he and Delphine Seyrig visited the set, and Film’s astounding original opening scene are all documents dug up by a master archivist that together transmit the warp and weft of an entire cultural era, their collection all the more vital for the fact that the final living links to this era will soon be sundered.

If the measure of a making-of feature is how much enthusiasm it’s able to generate for its source text, there’s no faulting Notfilm, as it makes practically every detail and minute of Film sparkle. Yet at times Lipman’s film even takes leave of its inspiration as it pushes ever onward in search of further linkages, acting like a radical mission statement for the genre by asserting that the context surrounding a work should be free to eclipse the work itself whenever necessary. And while many of the superordinate concerns that crisscross Notfilm—authorship, materiality, perception, to name just as a few—could come across as lofty, Lipman’s gloriously egalitarian approach to culture means that his complex argumentation never becomes inaccessible. After all, what better expression could there be of cinema’s sheer pluralism than the fact that there’s only one degree of separation between Beckett and Cher?