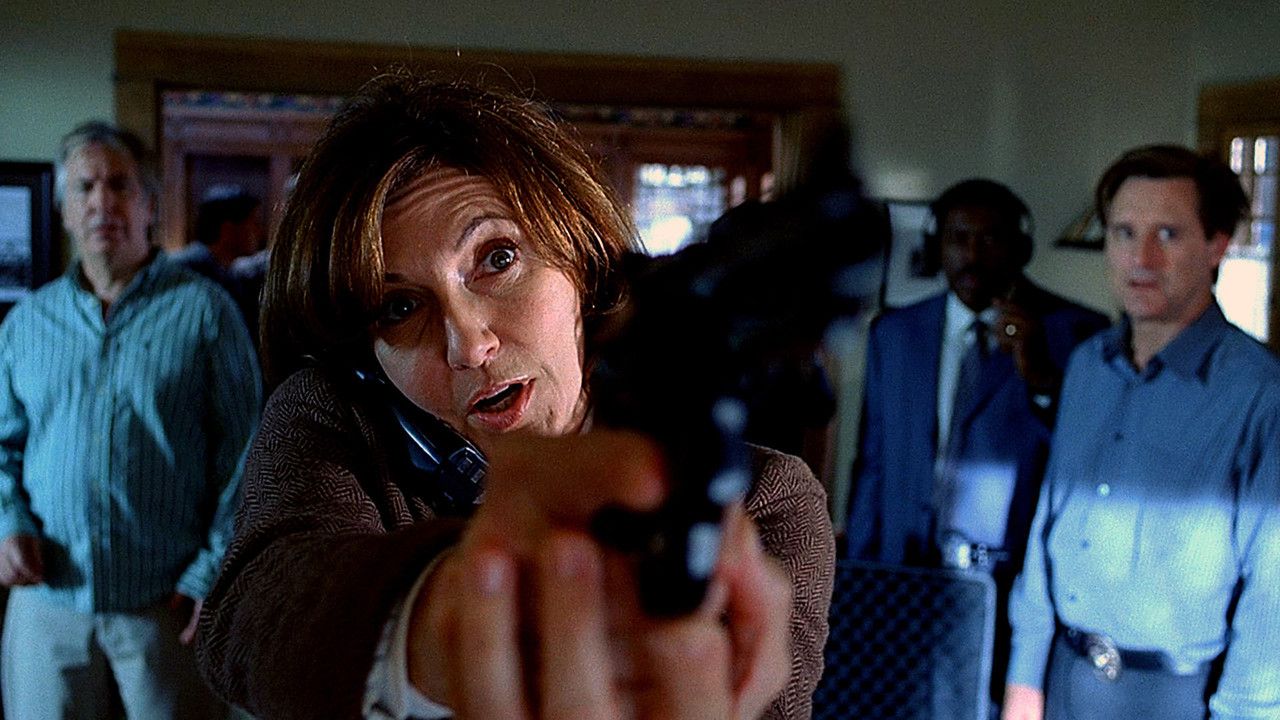 An absolutely abysmal crime flick, Nobel Son operates under the wretchedly false assumption that it can cover up its derivativeness, its absence of cleverness, and its complete absurdity with flashy sound and fury. Writer-director Randall Miller, whose notable previous credit was the polar-opposite Marilyn Hotchkiss Ballroom Dancing & Charm School, does little other than regurgitate snippets of other twisty-turny films by the likes of Quentin Tarantino and Guy Ritchie, except that his imitation feels stale from the outset, when his bevy of peculiar characters are introduced with on-screen text that quirkily labels them “former obsessive-compulsive” and “autodidact.” These labels are lamely repeated during the course of the story, which involves the kidnapping of cannibalism-infatuated PhD candidate Barkley Michaelson (Bryan Greenberg) by Thaddeus James (Shawn Hatosy), who wants the $2 million prize money just won by Barkley’s prick father Eli (Alan Rickman) for being awarded the Nobel Prize in chemistry. Also involved are a girl named City Hall (Eliza Dushku), an OCD nut played by Danny DeVito, and a straight-laced F.B.I. agent embodied by that black hole of charisma, Bill Pullman, all of whom are engulfed in a tale whose convolutions are jazzed up by Paul Oakenfold’s incessant electronica and more accompanying visual/audio whooshes, zips, bleeps, and blams than any sane person should be forced to bear. Thumbs are severed and mailed in Ziploc bags as ransom threats, sex is enjoyed on rooftop mattresses surrounded by flaming candles, and MiniCoopers are assembled for operation in two hours and then driven around shopping malls with remote controls, merely three of the many patently inane incidents set to a wall of cacophonic noise that’s regularly punctuated by the snobbish putdowns of Rickman’s loutish academic. Superficial, brainless, and despite its constant flurry of motion, emphatically lethargic, Nobel Son shrieks, smashes, zings, kablooeys until, finally, one’s fatigued brain simply goes click.