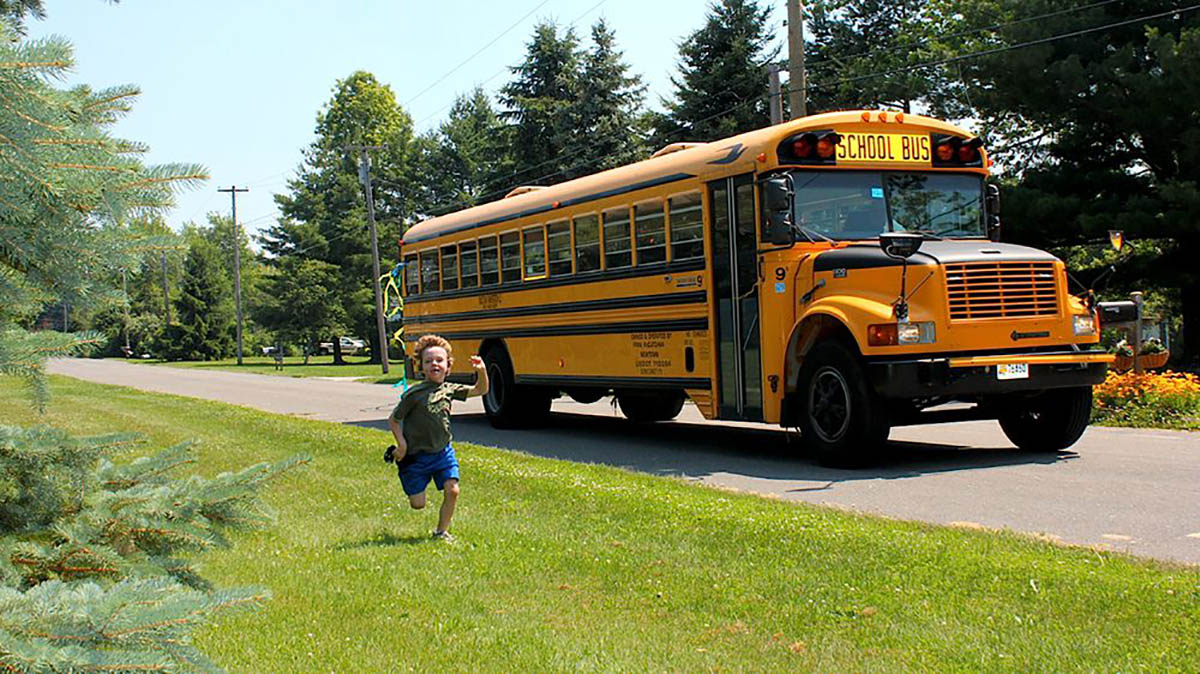 In June of 1961, Jacques Rivette wrote a review of Kapò for Cahiers du Cinéma that deemed director Gillo Pontecorvo “worthy of the most profound contempt” due to his use of a tracking shot to reframe the body of a woman who’s just committed suicide. To Rivette’s eye, the choice was abject due to its abuse of the grim scenario. By tracking in, Pontecorvo was reveling in and prolonging a tragic act with little discernible purpose other than a better view.

Vantage point, likewise, plays a crucial role in Newtown, Kim A. Snyder’s documentary about the small Connecticut town where, on December 12, 2012, a gunman, 20-year-old Adam Lanza, armed with an AR-15 rifle, murdered 20 elementary schoolers and six educators. Early on, as Mark Barden speaks about the death of his young son, he reveals a curiosity about “the gap at the end of his little life that I know nothing about.” At this moment, the medium shot quickly zooms in, tightly framing Barden’s face as he proceeds to express his deepest agony over somehow—impossibly—wanting to know the pain and confusion that his son felt at the time of his death.

What motivates Snyder’s zoom here, then, that differs from Pontecorvo’s tracking shot in Kapò? A zoom is certainly easier to accomplish than a tracking shot, the latter of which, in 1961, would have required rails and all sorts of preparation. Yet, in effect, they have the same ends in mind: place the viewer into the subject’s relationship with death by moving physically closer to it. But that very impulse as a filmmaker transforms the moment into a cinematic mausoleum, perversely suggesting that cinema can provide us with an experience of trauma rather than only a proximity to it.

The entirety of Newtown retains this queasy sense of immersion over explication by jumping from family to family of dead children, in which home-video footage, spoken recollections, and a persistent return to the remembered horror of that December morning form a collage-as-eulogy for the deceased. Glimpses of childhood activities, such as concert recitals and helping to chop down the family Christmas tree, become commonplace under Snyder’s watch, with little lateral, let alone forward, movement away from making the viewer a surrogate member of these families. When a father speaks to a coalition for gun-violence prevention and stresses that “what happened to our children is transforming in ways you cannot anticipate,” Snyder subsequently fails to home in on transformation as a guiding light for the film itself by selecting “loss” as its default setting.

Snyder’s choice to remain within the torment of grief-stricken families makes sense in terms of empathy; without question, Newtown seeks the humanity in its survivors by remaining with their tears and strives for a greater understanding of communal perseverance. Still, one must question this film’s significance beyond its record of suffering, because its enervated address of both mental-health treatment and gun laws receives few constructive articulations beyond a single scene. In it, Dr. William Begg, who examined the children’s bodies in both the emergency room and at the morgue, explains before several members of the U.S. senate the devastating damage caused by an AR-15 round. His clinical testimony reveals that separating legislature from emotion isn’t only impossible, but perhaps even inhuman.

Other choices confound for their aversion to discussions with those capable of placing the catastrophe into any greater, more insightful terms. One of the only discussions of the murderer, for instance, comes from the mouths of two tween girls, who spout clichés about small-town tragedy, such as “I would never expect that someone like that was just around the corner.” They might not, but Snyder should, and her refusal to honestly, and thoroughly, interrogate the hard data of gun violence and mental-health research finds Newtown wholly entangled, and lost, within its subjects’ own grief.

Review: Manchester by the Sea