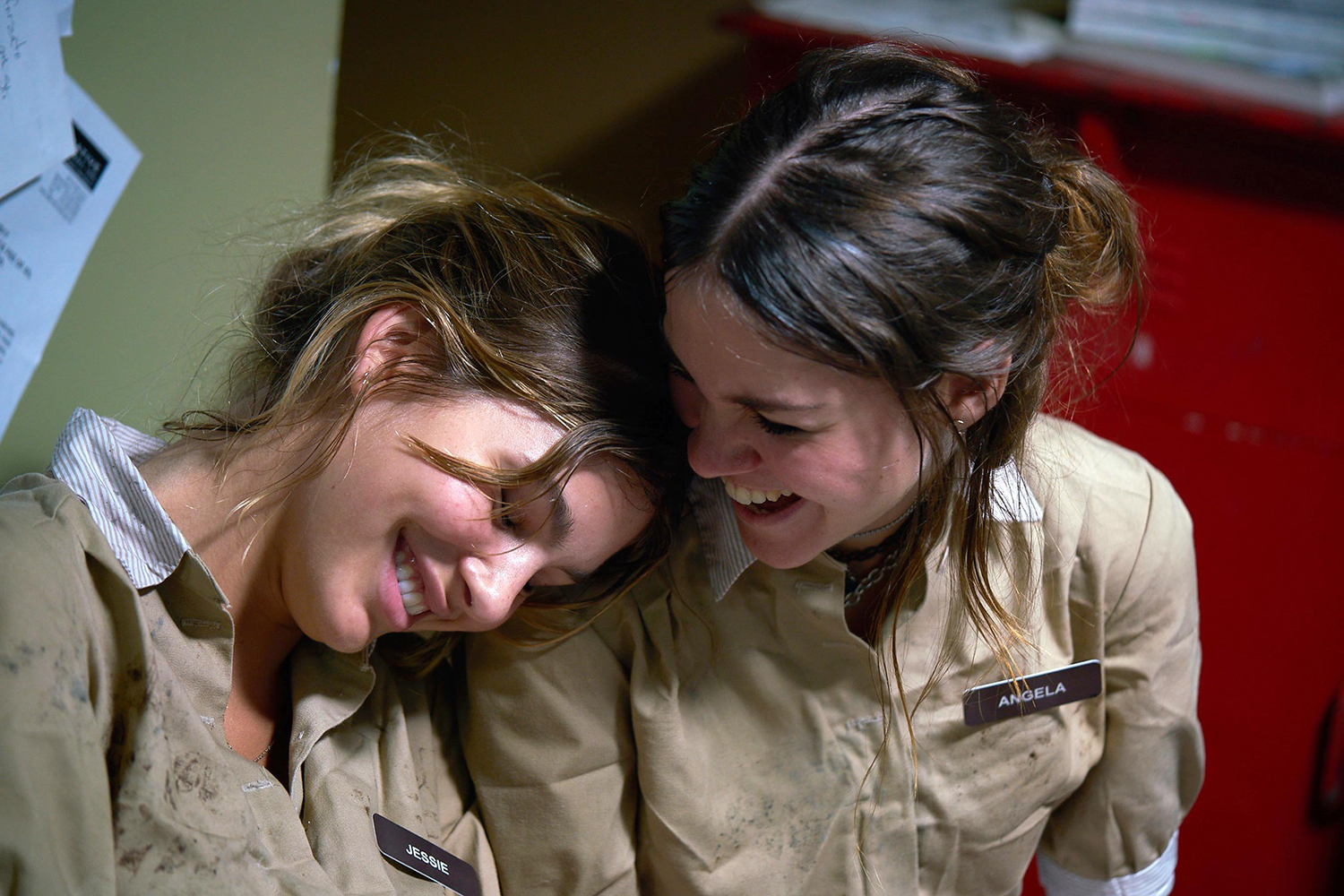 Augustine Frizzell’s Never Goin’ Back follows the exploits of best friends Jessie (Camila Morrone) and Angela (Maia Mitchell) as they scrounge up the money for a dream beach vacation. Wacky in its humor, the film brings to mind coming-of-age comedies in the vein of Superbad, while its setting and wanderlusting main characters invite, to a lesser degree, comparison to the work of Richard Linklater. And Frizzell uses that kinship as a jumping-off point to a funny and surprisingly tender, if at times frustratingly uneven, film.

Jessie and Angela are bubbly high school dropouts who wait tables in order to get by, partying by night and fantasizing about escaping their stifling Texas suburb. When Angela blows their savings on booking a surprise trip to Galveston for Jessie’s birthday, the two have a week to gather enough money to cover their rent. This proves much more complicated than the two young women could have ever anticipated, as they find themselves navigating a series of absurd setbacks, including a robbery and a stint in jail, that force them to come up with elaborate plans to get their cash.

At its heart, Never Goin’ Back cares most about adolescent female friendship and its attendant joys. Jessie and Angela, always playful and affectionate, are able to joke about seemingly anything, and their puckish humor—with each other, with judging neighbors, with friends—rarely buckles under the strain of their economic situation. Morrone and Mitchell’s easygoing physical chemistry makes their characters’ playful banter feel authentic and—with chatter that zips from dick jokes to schemes for getting off work to fantasies about swimming with dolphins—simultaneously caring and ribbing.

The film is most compelling when it doesn’t aspire to be anything more than a gleeful take on the restless teenage desire to run away from where one grew up. But as Dustin’s subplot develops, there’s a sense that Frizzell wants to compromise between her screenplay’s hijinks-driven comedy and her no less fun but more personal and richly characterized take on Jessie and Angela’s relationship. Dustin’s half-baked ideas get in the way of Jessie and Angela’s plans, forcing the two besties to conjure an elaborate but predictable scheme that unknowingly pits them against Dustin and his friends.

These scenes are overly propelled by the minor characters, and their humor is less organic than the comedy that springs from Jessie and Angela’s friendship. Dustin and his squad are so sketchily drawn that they work better as background noise—meaning that their extended presence weighs on Frizzell’s screenplay, revealing its weaknesses, as the writing seesaws between achingly self-conscious jokes and one-note goofball humor.

Review: No Date, No Signature